The status of a U.S. pilot remains unclear after a Ukrainian fighter crashed on Tuesday during joint exercises in western... 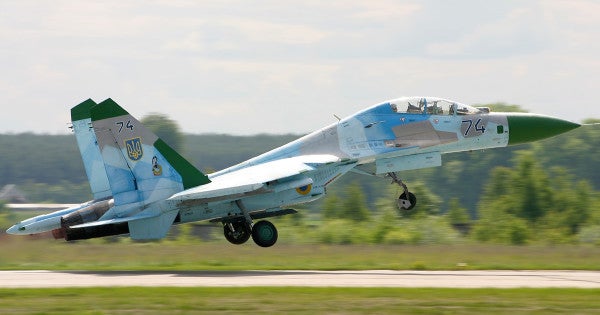 The status of a U.S. pilot remains unclear after a Ukrainian fighter crashed on Tuesday during joint exercises in western Ukraine.

A Ukrainian Sukhoi SU-27B went down in the Khmelnytskyi region, killing both the pilot and co-pilot, the Ukrainian military’s general staff announced on Tuesday.

Initially, the general staff announced that an American was one of the two killed, but that information was retracted, according to Meduza, a Russian-speaking media outlet.

Defense officials in Europe were unable to tell Task & Purpose on Tuesday whether the American pilot was alive.

“At this moment, we can only say that a U.S. service member was involved in the incident, and that it is still under investigation,” Capt. Christopher Bowyer-Meeder, a spokesman for U.S. Air Forces Europe, said in an email.

This post will be updated as we learn more.