Why Ukraine is pleading with the US for rocket artillery

"You just don’t want to be slugging it out via tube artillery." 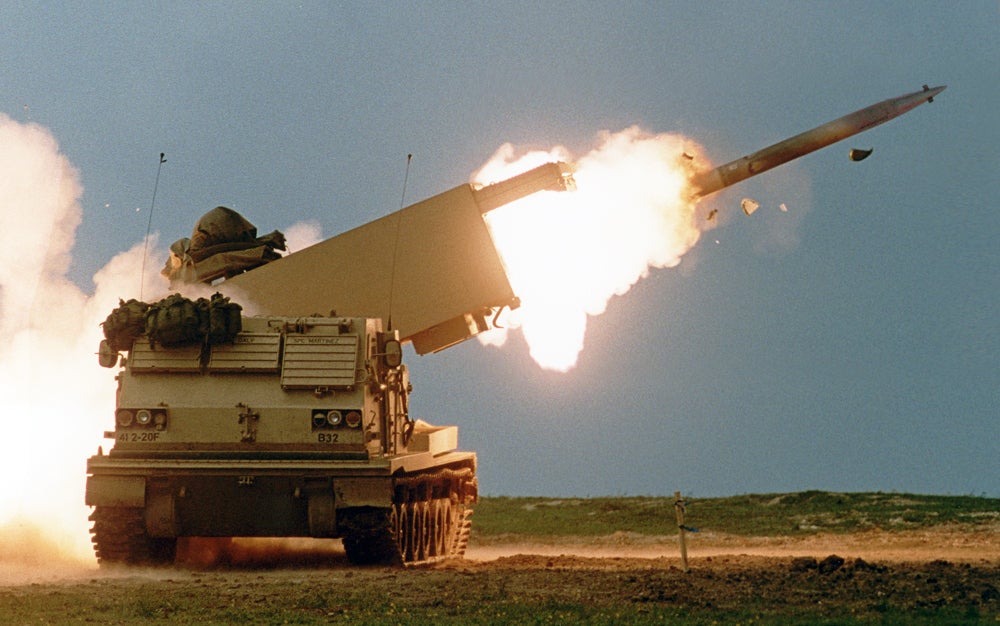 Despite the massive influx of military aid from the United States and other NATO partners, the Ukrainians say they still lack weapons systems that would give them a chance against the Russian invaders: Rocket artillery.

Ukrainian President Volodymyr Zelensky has personally appealed to several members of Congress for the United States to provide Ukraine with multiple-launch rocket systems, said a congressional staffer, who spoke on condition of anonymity because of the sensitivity of the matter.

President Joe Biden recently caused a bit of confusion when he said the U.S. government will not give Ukraine any “rocket systems that can strike into Russia.”

A senior administration official subsequently clarified that the United States is still considering giving the Ukrainians multiple-launch rocket systems, but not with long-range artillery rockets that hit targets beyond the battlefield.

Specifically, the Biden administration is looking into providing Ukraine with Guided Multiple Launch Rocket Systems, which has a range of about 43 miles, Wall Street Journal reporters Michael Gordon and Nancy Youssef first revealed on Tuesday. Those rockets would be mounted on High Mobility Artillery Rocket Systems.

Notably, the Biden administration has decided not to include any Army Tactical Missile Systems, which have a range of roughly 186 miles, in the next tranche of military assistance to Ukraine, according to the Wall Street Journal.

Because the Russians have plenty of multiple-launch rocket systems and they are well skilled at using them, the Ukrainians need comparable rocket artillery “to have a fighting chance,” said Marine Col. Jay Frey, who has extensive experience with both tube artillery and rocket systems.

During the Cold War, the Soviets developed multiple-launch rocket systems that could outrange and outgun U.S. tube artillery and also “wipe out a grid square early on,” said Frey, who is also a senior military fellow at the Center for a New American Security think tank in Washington, D.C.

“The Ukrainians want to have an equal or greater capability than the Russians because you just don’t want to be slugging it out via tube artillery,” Frey told Task & Purpose. “You would like to have an equivalent or better counter than what the Russians have – and they currently are really good at their rocket systems.”

So far, the U.S. government has committed to providing the Ukrainians with 108 M777 howitzers, each of which has a range of about 18 miles.  The Guided Multiple Launch Rocket System has nearly twice the howitzers’ range and they can hit a target within about 2 meters, Frey said.

“My observation has been it hits exactly where you tell it to,” Frey said. “I think a big thing too is the minimal crew. You have quite a few people around tube artillery. But the GMLRS normally have a crew of only about three that fit in the vehicle.”

Rocket systems are also much more mobile than howitzers, so the crew can set up and fire within a minute and then quickly change positions, he said.  That means rocket artillery crews are much less exposed to the enemy than tube artillerymen.

Frey estimated that it could take about two weeks of training for Ukrainian troops to learn how to use the guided rocket system. The more complicated task for the Ukrainians would be putting into place a command and control system to determine the targets’ coordinates and make sure the rockets don’t hit any aircraft along the way.

“The U.S., obviously this is our bread and butter,” Frey said. “We have the Advanced Field Artillery Data Tactical System that you can target, update, and send these coordinates at your fingertips. That’s what we’d have to set up for the Ukrainians and I’m just sure on that C2, how it’s set up.”

U.S. officials had no comment on Tuesday when asked about what weapons systems will be included in the Biden administration’s next weapons assistance package to Ukraine.

One thing is clear: The Russians are winning in Ukraine’s Donets Basin, known as the Donbas. Russian. Chechen, and separatist forces have reportedly captured about half of Severodonetsk, the last city in Ukraine’s eastern province of Luhansk that is still under government control.

Russian leaders are becoming increasingly confident that the war will turn out in Russia’s favor, according to Meduza, an independent Russian news site now based in Latvia.

“We’ll grind them [the Ukrainians] down in the end,” an unnamed Kremlin source told Meduza for a May 27 story. “The whole thing will probably be over by the fall.”