"Russia has turned the Ukrainian sky into a source of death for thousands of people.” 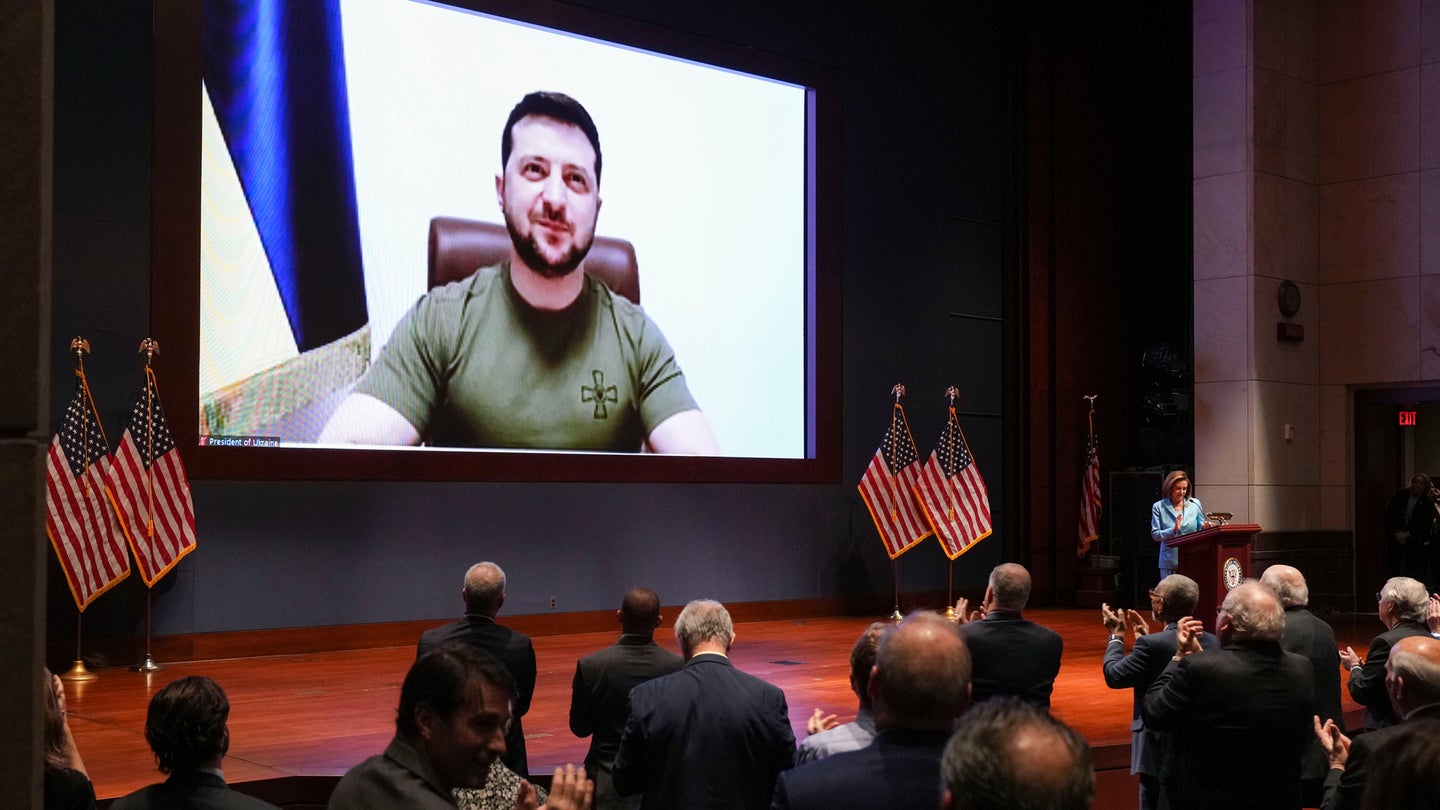 Ukrainian President Volodymyr Zelensky played an emotional video on Wednesday morning during an address to Congress that showed destruction and death around his country since Russia’s invasion.

In an extraordinary speech from Kyiv, Zelensky appealed directly to lawmakers and invoked America’s past, explaining that what Ukraine is facing now is similar to some of the worst days in U.S. history.

“Remember Pearl Harbor, the terrible morning of Dec. 7, 1941, when your sky was black from the planes attacking you,” Zelensky said. “Just remember it. Remember September the 11th, a terrible day in 2001 when evil tried to turn your cities, independent territories, into battlefields. When innocent people were attacked from the air, just like nobody else expected it you could not stop it. Our country experiences the same every day, right now, at this moment. … Russia has turned the Ukrainian sky into a source of death for thousands of people.”

He then showed a two-minute-long video that featured Ukraine before the invasion, with children playing and people smiling. The video then turned to graphic images of dead and dying women and children, missile strikes destroying buildings, doctors working to save the life of a child as a nurse cries nearby, and people laying bodies into a mass grave. Many lawmakers “sniffled back tears,” according to The New York Times.

Many of the images were those that had been widely publicized, like the Associated Press photo of a pregnant woman being carried out of a hospital after it was bombed by Russia, holding her stomach. Both the woman and her baby later died.

The video concluded with a message: “Close the sky over Ukraine,” in reference to Ukraine’s request for a no-fly zone over the country. The U.S. government has made clear that a no-fly zone is a nonstarter since it would likely require the U.S. to shoot down Russian planes and open the door to war between Russia and the U.S.

President Joe Biden has insisted that the U.S. will not engage in a war with Russia over Ukraine, unless Russia extends its invasion into NATO territory.

Following the video on Wednesday, Zelensky addressed Congress in English, telling them that peace in the U.S. “does’t depend anymore only on you, and your people. It depends on those next to you, on those who are strong. Strong doesn’t mean big, strong is brave and ready to fight for the lives of his citizens and citizens of the world, for human rights, for freedom, for the right to live decently and to die when your time comes, and not when it is wanted by someone else.”