The National World War II memorial was one of several monuments on the National Mall in Washington, D.C., that were scrawled with graffiti over the weekend 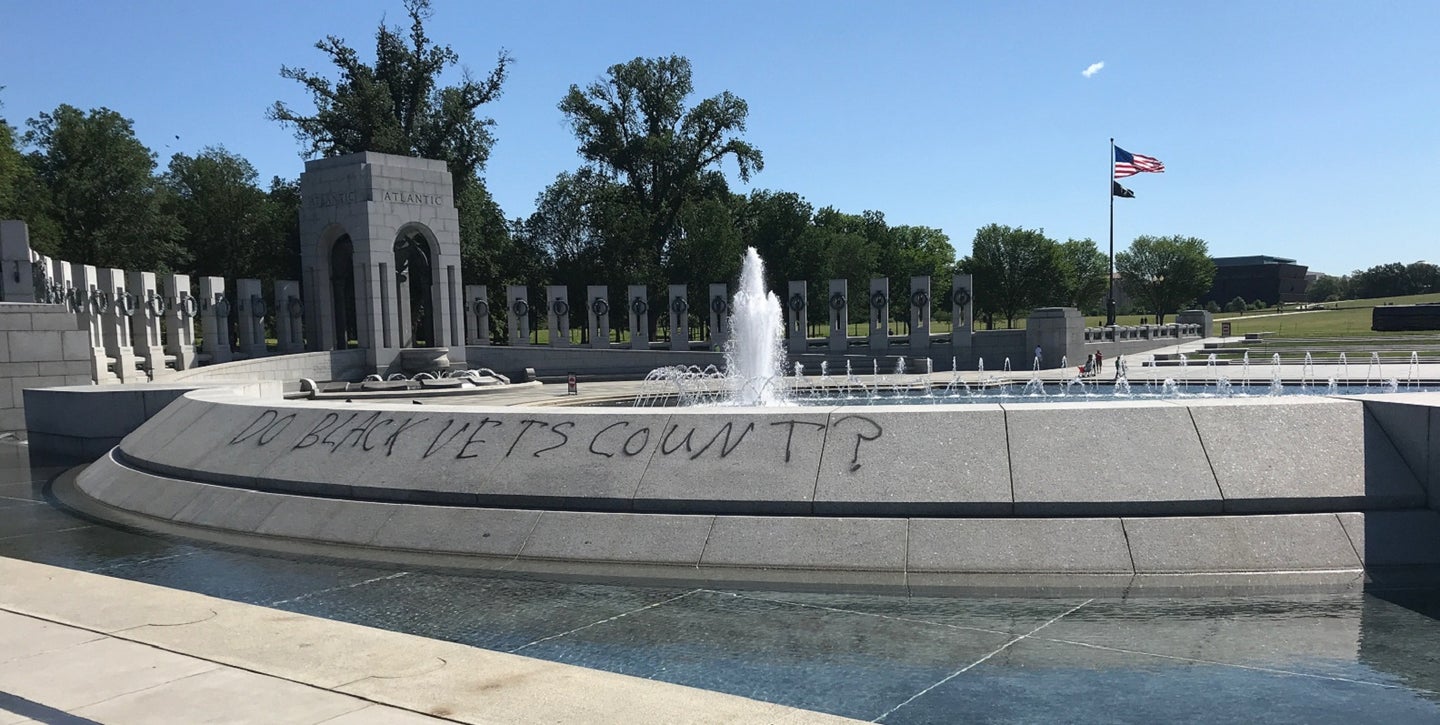 The National World War II memorial was one of several monuments on the National Mall in Washington, D.C., that were plastered with graffiti over the weekend.

In the wake of last night's demonstrations, there are numerous instances of vandalism to sites around the National Mall. For generations the Mall has been our nation’s premier civic gathering space for non-violent demonstrations, and we ask individuals to carry on that tradition. pic.twitter.com/LmIHfW2AHj

The vandalism came amid days of protest and unrest in numerous cities, including D.C., over the death of George Floyd, an unarmed black man, at the hands of a white police officer in Minneapolis, Minnesota on May 25.

Written on the World War II Memorial in spray paint is the question, “Do black vets count?”

In a statement, Veterans of Foreign Wars' national commander William “Doc” Schmitz wrote that the organization believes in “peaceful, organized demonstrations. That is the right of every American.”

“However, we are extremely saddened and angered to find that our sacred World War II Memorial was defaced,” Schmitz wrote. “The veterans who fought for the very freedom to demonstrate deserve better and we condemn those who determined the memorial was worth vandalizing.”

According to the National Park Services, other monuments were also vandalized, including the Lincoln Memorial, where another message asked “Ya'll not tired yet?”