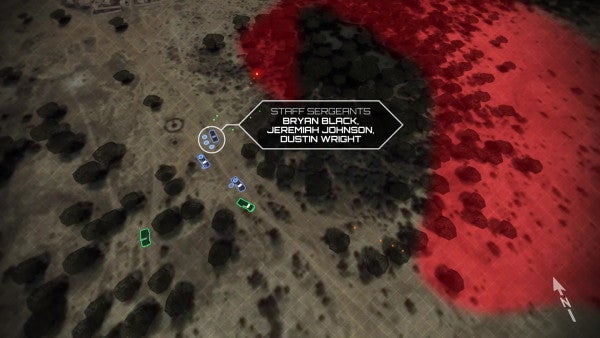 Under pressure from Congress, the Army has withdrawn the promotion of Col. Bradley Moses, who led 3 Special Forces Group during the Oct. 4, 2017 ambush in which four U.S troops were killed, a defense official confirmed to Task & Purpose.

New York Times reporters Helene Cooper and Thomas Gibbons-Neff first revealed on Friday that Moses, who approved the mission that resulted in the ambush, would no longer be nominated to advance to brigadier general.

“Col Moses had an excellent record before Niger,” a former defense official told Task & Purpose on Saturday. “Following that investigation, the Army acknowledged mistakes throughout the chain-of-command, but determined that Moses deserved to be a general officer. Congress demanded more senior-level accountability. The system worked.”

The move caps a fierce debate over the past three years about why junior officers were blamed for mistakes leading to the deadly ambush but most of their superiors responsible for the underlying conditions escaped punishment.

On June 5, 2019, defense officials announced that a total of nine “disciplinary actions” had been taken as a result of investigations into the Niger ambush, which found serious problems with how U.S. troops were trained, equipped, and prepared for their mission.

At the time, both Moses and Lt. Col. David Painter, who reportedly denied the team's request to return to base, were still eligible for promotion. In January, Painter’s promotion to colonel failed in the Senate, the New York Times reported.

The Pentagon’s decision at the time to not hold Moses, Painter, and other senior leaders did not sit well with retired Army Brig. Gen. Donald Bolduc, who retired as head of U.S. Special Operations Command Africa shortly before the ambush.

Bolduc told Task & Purpose in June 2019 that he felt lower level officers were being blamed for problems that were actually the responsibility of their superiors.

“It's the responsibility of the battalion commander, the group commander, the two-star Special Forces commander, and the three-star [U.S. Army Special Operations Command] commander,” Bolduc said at the time. “They're responsible to the operational commander for this and they do this all the time – particularly with teams coming to Africa: They don't think Africa is worth their time, so they short-change their teams on proper preparation. It's only a matter of time before something like this happens. Our guys paid this price and – of course – they take the brunt of the blame.”