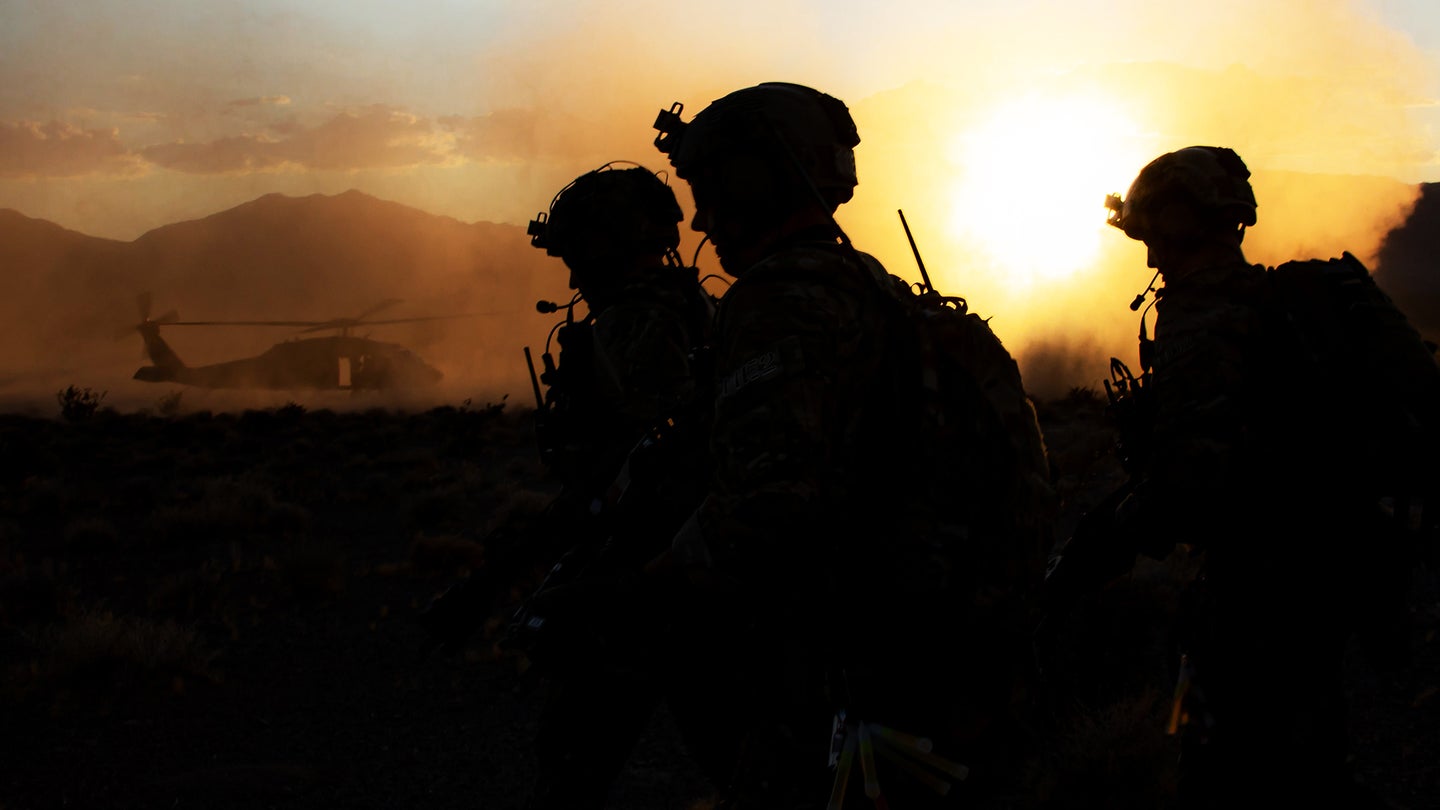 In war, things inevitably go wrong and people die as a result. But as events in Syria, Kabul, Niger and elsewhere have shown, the military has a tendency to use its investigations to absolve itself rather than to hold senior leaders accountable for their mistakes.

The New York Times recently revealed that a U.S. airstrike in March 2019 may have killed dozens of civilians at Baghouz, Syria. However when an Air Force lawyer and an evaluator with the Defense Department Inspector General’s Office tried to get military leaders to investigate whether a war crime had occurred, they were reportedly thwarted at every turn.

The circumstances surrounding the incident are complicated. Making things even murkier, a secretive group known as Task Force 9 may have repeatedly bypassed the process for determining if U.S. airstrikes would kill civilians by claiming that American or allied forces were in imminent danger, New York Times reporters Dave Philipps and Eric Schmitt revealed.

On March 18, 2019, the Islamic State group was making its last stand at Baghouz, where tens of thousands of women and children were mixed in with ISIS fighters. That morning, America’s Syrian Kurdish allies reported they were under attack and a U.S. special forces officer ordered an airstrike, according to the New York Times. The officer was relying on video from a drone with a standard definition camera and he was unaware that another drone in the area with a high-definition camera revealed women and children were present.

In the resulting airstrike, an F-15E dropped three bombs that may have killed up to 64 women and children, but military officials repeatedly undermined efforts to determine if the incident rose to the level of a war crime, the New York Times reported.

“The only assessment done immediately after the strike was performed by the same ground unit that ordered the strike,” according to the New York Times. “It determined that the bombing was lawful because it killed only a small number of civilians while targeting Islamic State fighters in an attempt to protect coalition forces, the command said. Therefore no formal war crime notification, criminal investigation or disciplinary action was warranted, it said, adding that the other deaths were accidental.”

The New York Times details how Air Force attorney Lt. Col. Dean W. Korsak along with Gene Tate, then with the Defense Department Inspector General’s Office, tried to get the incident investigated as a possible war crime but they could not overcome opposition from their superiors.

“I think the NYT captured the facts pretty well,” Tate told Task & Purpose. “Korsak reported a war crime and our review of the documents and videos found him to be credible. That should have immediately required the actions mandated by DoD Directive 2311.01 (which has since been rewritten). The directive was never followed and every time we tried to remind leadership of that, they just ignored us.”

Korsak posted on his Linkedin page on Sunday that he was willing to talk to reporters if they asked the Air Force’s public affairs office to speak to him. Air Force spokeswoman Ann Stefanek said on Monday that Korsak had declined Task & Purpose’s request to interview him.

The U.S. military’s “civilian casualty credibility assessment” and 15-6 investigation ultimately found that at least four civilians were killed and another eight were wounded in the March 18, 2019 airstrike, but it is “highly likely that there were additional civilians killed,” said Navy Capt. Bill Urban, a spokesman for U.S. Central Command.

It is unclear whether 60 of the casualties resulting from the airstrike were combatants or not because several women and at least one child were shown carrying weapons in the drone video, Urban said in a statement. CENTCOM provided no evidence that the women and child were armed.

“The 15-6 investigation concluded that these two strikes were legitimate self-defense strikes in support of SDF forces under fire, that they were proportional due to the unavailability of smaller ordinance at the time of the request, and that appropriate steps were taken to rule out the presence of civilians at the time of the strike,” Urban said. “To prevent unintended casualties in the future, the investigation recommended requiring high-definition video for similar strikes in the future, and the requirement for the strike cell to coordinate with any coalition surveillance assets in the area at the time of the strike, and those recommendations were implemented. Finally, in accordance with the findings, the investigating officer determined that no disciplinary actions were warranted.”

“Without speaking to this specific event or any potential future decisions, Secretary Austin remains focused on making sure we do everything we can to both prevent these tragic outcomes and to be as forthcoming as we can be about them,” Kirby said.

But the Syria airstrike is not an aberration, and may just be the latest example of the limitations of military investigations. An Aug. 29 drone strike by the U.S. military in Kabul accidentally killed 10 civilians, including seven children. The strike was based on intelligence that ISIS planned to attack U.S. forces using a white Toyota Corolla – a car so ubiquitous in Afghanistan that in 2015 roughly 90% of the cars registered in the country were Corollas, Stars and Stripes reported at the time.

An investigation into the drone strike found that while U.S. troops had made faulty assumptions about a car under surveillance and a house that it visited, the attack was not a violation of the Law of Armed Conflict, Air Force Lt. Gen. Sami D. Said, the service’s inspector general, told reporters recently.

It will be up to the service members’ chain of command to decide whether any disciplinary action should be taken, he said.

When a reporter asked Said if the white Toyota Corolla considered a threat ever existed in the first place, Said replied: “We actually never ended up tracking the actual Toyota Corolla. We didn’t. It certainly wasn’t the one we did track and struck. We just didn’t pick up the Toyota Corolla that we believe we should have picked up that might have been involved in something that’s worth knowing.”

Military investigations also sometimes find ways to shift blame from senior leaders to lower ranking service members, such as the Navy’s attempts to scapegoat Capt. Brett Crozier for the deadly COVID-19 outbreak aboard the aircraft carrier USS Theodore Roosevelt in 2020.

A later study by the RAND Corp found that the Navy’s response to the COVID-19 outbreak was “characterized by chaos and drama.”

“Its institutional reaction, unfortunately, appears largely oriented toward showing that, in the case of the Theodore Roosevelt, the commanding officer and senior medical officer made mistakes and/or undermined efforts of senior staffs to assist them,” the study found. “This might be true—we make no assessment of relative culpability—but the outcome does not suggest strategic resilience.”

Likewise, the U.S. military initially tried to shield commanders from responsibility following the Oct. 4, 2017 ambush in Niger in which four soldiers were killed. Two officers involved were tapped for promotion but neither nomination succeeded.

Four years later, a documentary by ABC investigative journalist James Gordon Meek revealed that the military attempted to scapegoat the Special Forces captain in charge of the soldiers killed in Niger. The captain had strenuously objected to his troops being sent on the mission in lightly armored vehicles without any backup or the ability to evacuate any wounded members of his team, but was ultimately overruled by his superior.

“I was left with the impression that this guy was a screw-up,” Arnold Wright, the father of Staff Sgt. Dustin M Wright, one of the soldiers killed in the ambush, told ABC News. “And he screwed up and carried my son off and got him killed – because that’s what I was led to believe. And my anger was directed toward somebody completely innocent of what they told me he did.”

UPDATE: This story was updated on Nov. 15 after Lt. Col. Dean W. Korsak declined an interview request through an Air Force spokeswoman.