A U.S. Army unit will arrive in Colombia in the coming days to help the Andean country's armed forces fight against drug trafficking for a four-month period 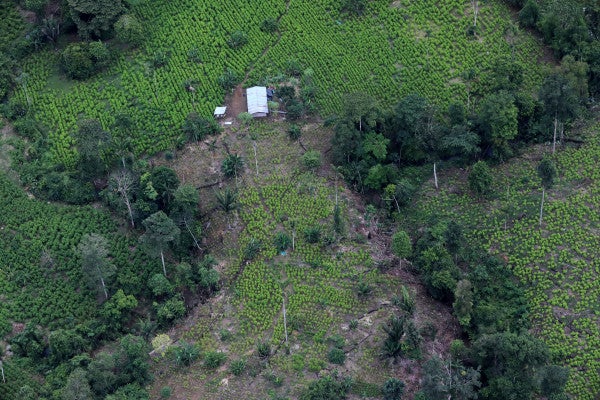 BOGOTA (Reuters) – A U.S. Army unit will arrive in Colombia in the coming days to help the Andean country's armed forces fight against drug trafficking for a four-month period, the U.S. embassy in Bogota said on Wednesday.

The Security Force Assistance Brigade (SFAB) will arrive in Colombia in early June, the embassy said, without specifying the size of the unit.

“SFAB's mission in Colombia is an opportunity to demonstrate our mutual commitment against drug trafficking and support for regional peace, respect for sovereignty and the lasting promise to defend shared ideals and values,” said U.S. Southern Commander Admiral Craig Faller in a statement.

At the same time cocaine production capacity rose to 951 tonnes in 2019, from 879 tonnes the previous year, according to the White House Office of National Drug Control Policy.

Colombia halted the practice in 2015 after the World Health Organization warned against using the herbicide, which it said can potentially cause cancer and is harmful to health and the environment.

Duque's government must comply with various health and environmental requirements demanded by Colombia's Constitutional Court if it is to renew aerial spraying of coca crops this year.

Colombia and the United States hope to cut coca cultivation and cocaine production capacity in half by the end of 2023.