'Navy recruiters are not authorized to recruit on pornographic websites.' 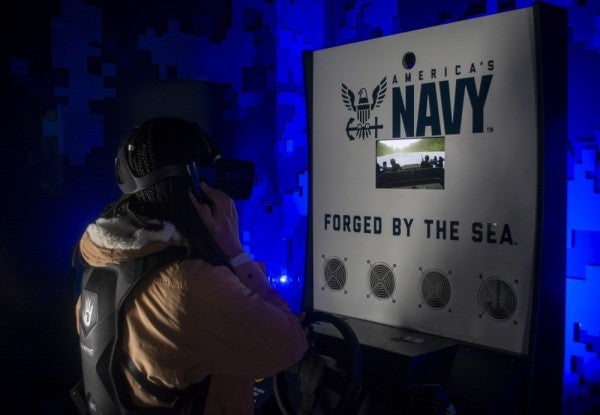 The Zero Blog Thirty podcast claimed on Monday that it appeared the Navy’s social media team was leaving comments on the site letting potential future sailors know how they can join up.

“If you are over the age of 18 you are eligible to join the United States Navy,” the comment says. “If you want more information go to The official Navy website.”

The Navy poured a cold shower on this rumor when Task & Purpose asked if service truly was recruiting flesh fantasy aficionados.

“The social media account discussed on the podcast is a fraudulent account with no official connection to the Navy,” said Navy spokeswoman Lt. Cmdr. Megan Isaac. “As a matter of policy, Navy recruiters are not authorized to recruit on pornographic websites.”