Defense Secretary Austin: the US isn’t trying to pick a fight with China

'We will not flinch when our interests are threatened yet we do not seek confrontation.' 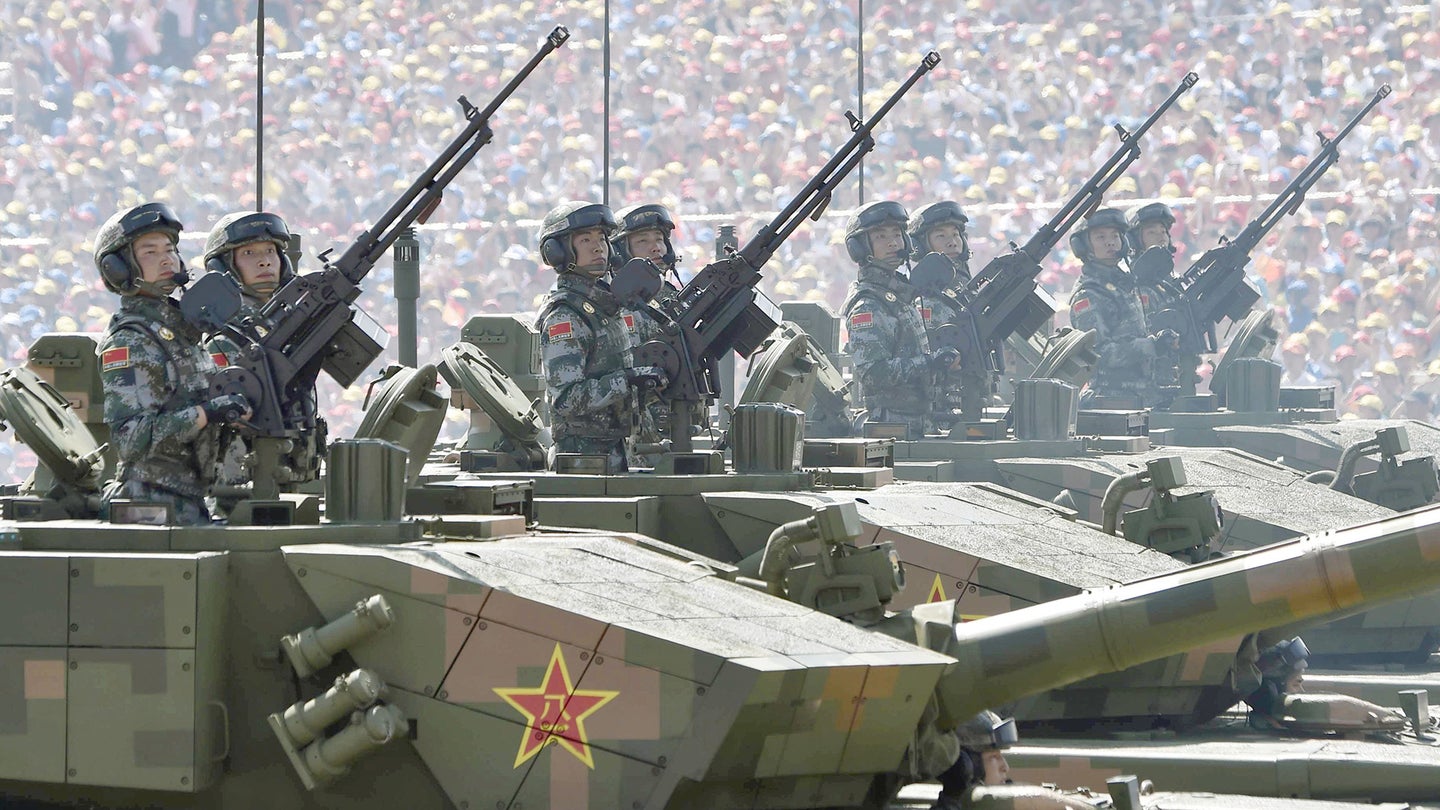 People's Liberation Army tank regiments are shown at Tiananmen Square in Beijing on Sept. 3, 2015, during a massive military parade commemorating the 70th anniversary of China's victory in its war against Japan in World War II. (Kyodo)
SHARE

The U.S. military may be focused on preparing for a future war with China, but Defense Secretary Lloyd Austin said on Tuesday that the United States isn’t seeking conflict with the military and economic powerhouse in Beijing.

“From the very beginning, you’ve heard our president say that the type of relationship that we seek with China is not one of contention,” Austin said at the 40th International Institute for Strategic Studies Fullerton Lecture in Singapore. “We compete necessarily because we’re two great economic powers. We both have impressive military might, but we don’t seek a conflict with China.”

Defense officials frequently refer to China as the U.S. military’s “pacing challenge” and emphasize the need to train and equip troops for a conflict with a “near-peer adversary,” a not-so-veiled term for China or Russia. Some, like Marine Maj. Gen. Roger Turner, are saying the quiet part out loud:

“We focus on the PRC [People’s Republic of China] as the pacing adversary,” Turner, the commander of the 1st Marine Division, told Task & Purpose in an interview last week, adding that Beijing could someday pose an “existential threat” to the United States. “We obviously don’t want that but we need to train for it.”

At times, the U.S. military’s rhetoric has bordered on Cold War paranoia, such as when Navy Adm. Craig Faller, the head of U.S. Southern Command, told reporters in March that “the Chinese Communist Party’s insidious, and corrosive and corrupt influences at work globally and in this region.”

While speaking in Singapore, Austin took issue with China’s foreign policy without using any of the ‘Red Menace’ cliches that are so popular among elected leaders as well as general and flag officers.

Austin criticized China for claiming most of the South China Sea as its territorial waters, which he said “has no basis in international law,” and he vowed the United States would continue to uphold the rights of countries in the region including two treaty-allies: The Philippines and Japan.

Since 2013, China has been expanding its territorial claims in the South China Sea by building 27 artificial reefs in the Paracel and Spratly Islands, according to the Asia-Maritime Transparency Initiative at the Center for Strategic and International Studies. China’s coast guard has also maintained a constant presence at the Scarborough Shoal even though there are no structures on it.

The Chinese have also moored fishing and militia boats at the Whitsun Reef in a dispute with the Philippines.

Over the past several years, the U.S. Navy has sent ships and aircraft through the South China Sea on “Freedom of Navigation” missions to assert that China’s artificial islands are in international waters, drawing objections from the Chinese. During one such mission in 2018, the destroyer USS Decatur was forced to change course to avoid a Chinese warship, which came within 45 yards of Decatur’s bow.

And in July, the Chinese military claimed it had forced the destroyer USS Benfold to leave the waters of the Paracel Islands because the ship was violating China’s sovereignty, but the Navy’s 7th Fleet countered by saying the Chinese statement was “false.”

“USS Benfold conducted this FONOP [Freedom of Navigation Operation] in accordance with international law and then continued on to conduct normal operations in international waters,” 7th Fleet announced on July 12. “The operation reflects our commitment to uphold freedom of navigation and lawful uses of the sea as a principle. The United States will continue to fly, sail, and operate wherever international law allows, as USS Benfold did here. Nothing PRC [the People’s Republic of China] says otherwise will deter us.”

On Tuesday, Austin said China’s “unwillingness to resolve disputes peacefully and respect the rule of law” is not limited to maritime claims, citing its recent border dispute with India, continuing efforts to intimidate Taiwan, and “genocide and crimes against humanity against Uighur Muslims in Xinjiang.”

Regarding Taiwan, Navy Adm. Philip Davidson – then head of U.S. Pacific Command – told Congress in March that China could attack the island nation within the next six years.

The United States is not treaty-bound to defend Taiwan, but the Taiwan Relations Act says the U.S. government would consider “any effort to determine the future of Taiwan by other than peaceful means, including by boycotts or embargoes, a threat to the peace and security of the Western Pacific area and of grave concern to the United States.”

During a wargame last year that included a simulated battle against China for Taiwan, the team playing the U.S. military failed badly, Tara Copp of Defense One first reported. The U.S. side learned that massing ships and troops only made them easy targets and it also immediately lost access to all of its networks. The defeat was so total that Vice Chief of Staff Air Force Gen. John Hyten ordered the military to overhaul its entire concept of joint warfighting by the end of the decade.

When asked if shared Davidson’s assessment that a Chinese invasion of Taiwan could take place by 2027, Austin did not answer directly.

“No one wants to see a unilateral change to the status quo with respect to Taiwan,” Austin said. “And again, we are committed to supporting Taiwan and its capability to defend itself in accordance with the Taiwan Relations Act and our One China policy. I don’t want to hazard any type of predictions.”

While the disputes China has with the United States and other countries are real, conflict is not inevitable, Austin said.

“We will not flinch when our interests are threatened yet we do not seek confrontation,” Austin said. “So let me be clear: As secretary, I am committed to pursuing a constructive, stable relationship with China, including stronger crisis communications with the People’s Liberation Army.”

“You know, big powers need to model transparency and communication,” he continued. “And so, we hope that we can work together with Beijing on common challenges, especially the threat of climate change.”