While retired military Space A travel is a privilege, there are some retirees that do not have this privilege. There... 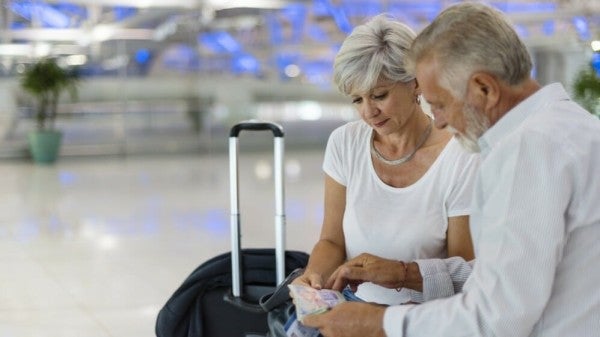 While retired military Space A travel is a privilege, there are some retirees that do not have this privilege. There are different categories of retirees, some are eligible for Space A and some are not. But there are efforts to change the eligibility requirements.

For a retiree to be eligible for Space A travel they must possess a ‘Blue’ DD Form 2 (Military ID card). This includes those that are medically retired. Their dependents are also allowed to travel with them and must bring along their ID cards. All dependents should be enrolled in DEERS.

WHO IS ELIGIBLE FOR RETIRED MILITARY SPACE A TRAVEL?

There are plenty of rumors out there saying that ALL retirees are eligible. This is not true. If you are 100% disabled and you only possess a DD Form 1173, or the new DD Form 2765 ID cards, you are not entitled to travel on Space A. Also, if you possess the brown ID card with DAVPRM (Disabled Veteran Permanent) in the bottom right, then you too are not entitled to retired military space a travel Space A travel privileges.

Dependents of retirees are not allowed to travel without the retiree. If the retiree dies, then the dependents no longer have Space A privileges.

If you are a member of the Guard or Reserves with a ‘Red” DD Form 2 you can travel through CONUS (Continental United States), to, from, and between Alaska, Hawaii, Guam, Virgin Islands, American Samoa, and Puerto Rico. Also, if you are active duty for more than 30 consecutive days, Guardsmen and Reservists may fly anywhere that Space A flies.

Dependents of the Guard and Reserves are not authorized to fly on Space A until the member reaches the age of 60. At that time, they will be in the same category as a regular retiree, Category 6. Retired Guardsmen and Reservists who have completed their 20 years but are not old enough to collect their retired pay are considered to be in a “gray area”.

AN ACT OF CONGRESS

There have been attempts to change the eligibility of all of the above retirees and dependents.

The first Bill to be submitted to the House of Representatives was House Bill 4164 aka Space-Available Act of 2012. This bill sought to authorize the Secretary of Defense to establish a program to provide transportation on Department of Defense (DOD) aircraft on a space-available basis for (1) active duty and reserve members holding a valid Uniformed Services Identification and Privilege Card; (2) retired members who, but for not attaining age 60, would be eligible for military retired pay; (3) an un-remarried widow or widower of an active or reserve member; and (3) certain dependents of members described above. Allows the Secretary to establish an order of priority based on considerations of military needs and readiness.

This Bill was sent to the Subcommittee on Readiness in March of 2012 where it has sat with no action.

Earlier this year, a measure to establish a space-available transportation priority for veterans of the Armed Forces who have a service-connected, permanent disability rated as total was introduced in the house. That bill HR 936 was referred to the House Subcommittee on Readiness.

HAVE YOUR VOICE HEARD

How can you help? Write your Congressman. Make your voice known.

The Gray Area Retirees Facebook group was created to talk about these problems and to try to get the changes implemented.

Space-A eligibility is sometimes confusing and false information is passed around often. Check out the resources in this article for any updates.

PCSgrades.com is a review platform for military and veteran families. Leave a review of your prior duty station and read the reviews of where you are PCSing to. Home is where the military sends us and together we can make a difference!