The actual medals have disappeared. 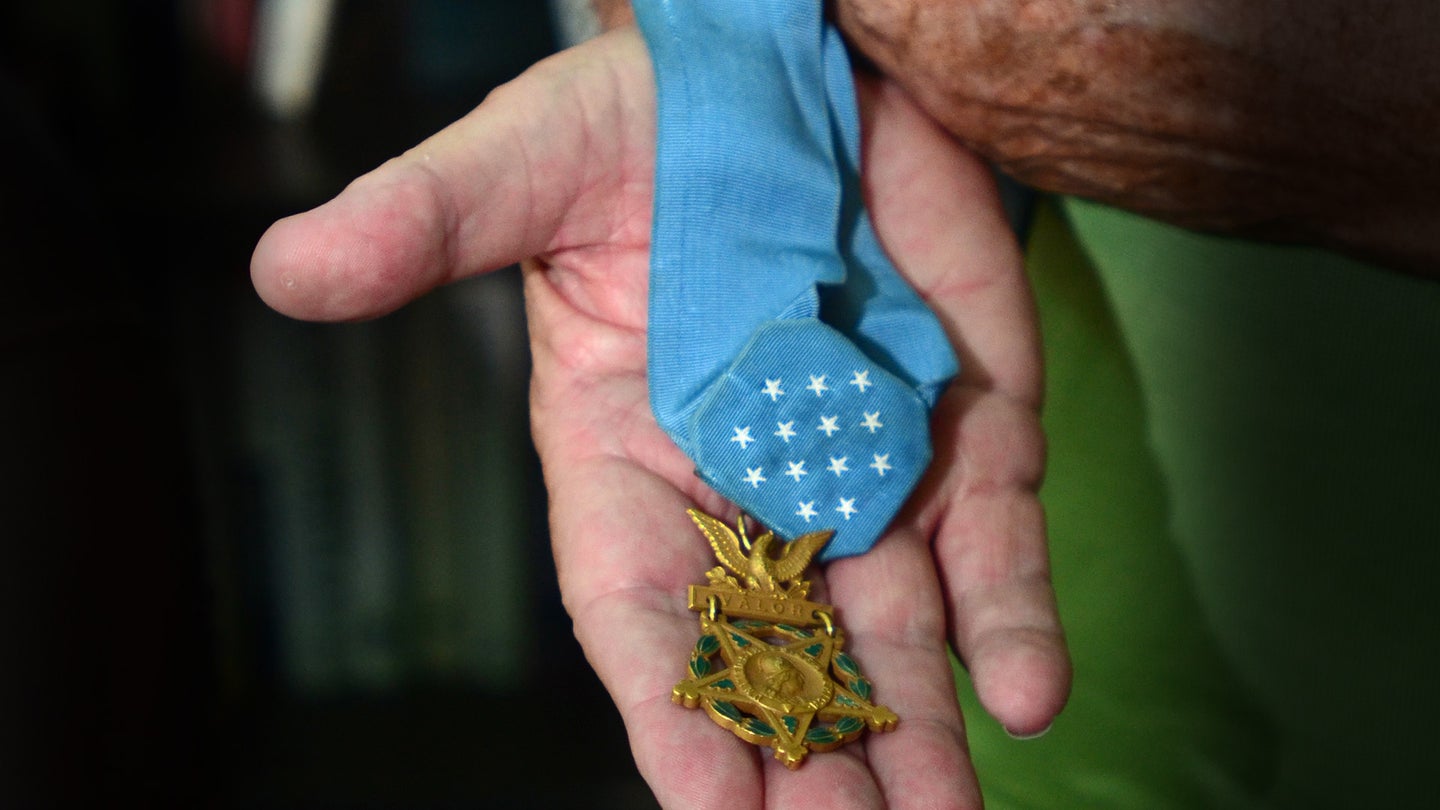 It’s not uncommon for military awards and medals to receive upgrades or downgrades if supporting evidence warrants such action. For most decorations, a packet is submitted to a Board for Correction of Military Records. But what about something as prestigious as the Medal of Honor?

The nation’s highest medal for valor has such a rigorous approval process that there’s a cumbersome flowchart just for the procedure. This can take months, if not years, to go through, which begs the question: can a Medal of Honor Recipient have their medal downgraded or taken away? As it turns out, the answer is yes.

In fact, 911 medals have been revoked since it was created during the Civil War. If that’s not shocking enough, 864 of them belonged to one unit: the 27th Maine Infantry Regiment and most of them have disappeared.

To understand why so many were rescinded, we need to look at why they were presented in the first place.

The 27th mustered in 1862 for a nine-month tour of duty. The unit was commanded by Col. Mark F. Wentworth and marched to the National Capital region on October 20th that same year. While deployed, the regiment was attached to XXII Corps and migrated through several encampments around the Washington D.C. and northern Virginia area.

On June 25, 1863, just shy of the soldier’s enlistment expiration, the unit was mistakenly transferred to XII Corps in Leesburg, Virginia to prepare for the defense of the capital against Gen. Robert E. Lee’s troops as they made their way toward Gettysburg.

When the mistake was discovered, the soldiers were ordered to return home. However, much of the Union’s fighting force was ordered to move North and meet Lee’s troops, leaving only a skeletal reserve to defend the city. With the Confederate army in such close proximity to Washington, Secretary of War Edwin Stanton, at the request of the president, asked the Soldiers of the 27th to extend their service.

The soldiers initially balked, so Lincoln and Stanton sweetened the request by offering a Medal of Honor to any soldier who agreed to stay. In the end, 300 soldiers from the 27th remained behind.

Their extended tenure only lasted four days. Following Lee’s defeat at the Battle of Gettysburg, those soldiers returned home and mustered out of service on July 17, 1863.

One might think the story ends there, but in classic Army fashion, the paperwork for the Medals got messed up. No one maintained a clear record of which soldiers opted to stay and, rather than hunting down this information, the Army took the path of least resistance and issued Medals of Honor for all 864 soldiers of the regiment.

By the time the big box of Medals arrived in the state capital, the soldiers from the 27th had returned to their lives, spread out across the country. As commander, Col. Wentworth was assigned the responsibility of handing out the medals, and, while he did the best he could, many remained unclaimed and were allegedly put in a shed before vanishing after his death.

Ironically, members of the 27th may have retained their Medals if it wasn’t for Henry Brown Osgood, a first lieutenant in the 27th during the war, noticing a typo.

“[Henry Brown Osgood] would serve in the U.S. Army for 40 years, retiring at the rank of Brigadier General in 1907,” said Steve Dow, a 27th Maine historian and descendant of Pvt. James William Brown. “It was him, in 1891, who contacted the War Department when he had found that his name had accidentally been left off an 1886 Medal of Honor Publication.”

While investigating this mishap, concerns were raised about the merit behind the actions of several recipients. In response, according to the Congressional Medal of Honor Society, Congress ordered the Army to establish a special board in 1916 to review every issued Medal of Honor and validate whether they met the appropriate requirements.

At the end of their review, the board chose to rescind 911 Medals. Some of the more notable recipients affected were Dr. Mary Walker, the first and only woman to receive the Medal, William “Buffalo Bill” Cody, and four other civilians who served as scouts for the military. All six of these recipients would have their medals reinstated in 1989.

Unfortunately for the 300 Soldiers who were promised Medals of Honor (and the 564 clerical mistakes), spending four extra days on orders didn’t make the cut by any version of the eligibility requirements.

What happened to all the Medals after they were rescinded?

In a word, they disappeared.

“Whoever was in charge of ‘hiding’ the undistributed medals, following Col. Wentworth’s death in 1897, did an excellent job,” said Dow. “According to John J. Pullen’s 1966 book A Shower of Stars, witnesses claimed the medals were located in two different locations near the Wentworth property. The majority of them, it was said, were mixed with concrete and buried in a nail keg (a 1960s search failed to find them).

“A small number of medals had been tucked away in a wooden box in a shed attic but had been pilfered through over the years. Personally, I believe this latter cache was the source for many of the undistributed medals currently found in the hands of private collectors. Others had been taken by the veterans themselves, following a Kittery reunion in 1888 or ’89, but this number of medals is unknown.”

With their names officially struck from the Medal of Honor Roll, it would be fair to assume there might be some animosity from the soldiers or their descendants about the board’s decision, but according to Dow, everyone seemed to avoid the subject, at least publicly.

“I have not read of there being any animosity. Searching through newspaper accounts of the annual reunions of the 27th Maine, especially those in 1916-1918, there was no mention of the ‘purge’ or even the medal at all. Considering 2/3 of the regiment hadn’t volunteered to stay behind when asked, perhaps it was a subject avoided at the reunions.”

According to an article in the Portland Daily Press, dated Aug. 4, 1890, one of the undistributed medals, engraved to Philip Banfield of E Co. was found on a beach in Wells, Maine. Others have circulated in private collections, but as for the search for the remaining missing Medals, it doesn’t appear to be on the radar for most treasure hunters.

“To my knowledge, no one is out there hunting for these medals,” said Dow. “I have been asked many times over the years about the missing medals, but don’t believe they were fielding me for clues to their whereabouts in order to make an active search for them.”

Tim Koster is a 15-year U.S. Army veteran, military history enthusiast, and published author. You can connect with Tim on Twitter and Facebook.