First adopted by the Army and Marine Corps at the height of the Vietnam War, the M72 Light Anti-Tank Weapon... 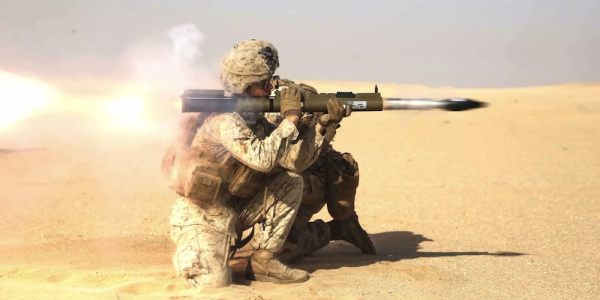 First adopted by the Army and Marine Corps at the height of the Vietnam War, the M72 Light Anti-Tank Weapon (LAW) has remained a staple of infantry arsenals and action movies for over a half-century. Lightweight and reliable, the 66mm rocket system has a reputation for fantastic results. When Dirty Harry and Rambo are in the mood to make an explosive entrance, they lay down the LAW.

Now, Marines may get their chance to test a new and improved version of the tried-and-true M72 round. Defense News reports that arms maker NAMMO is working on an upgrade that wouldn’t just offer a suite of adjustments to fire control but purportedly all-but eliminate backblast, the heat and overpressure created by each round that can limit the use of anti-tank weapons like the M72 in combat.

While there’s no explicit request for additional M72 LAW systems in the Corps’ fiscal 2019 budget request, troops with the 3rd Battalion, 4th Marine Regiment reportedly got a chance to test out the new rockets during the Urban-ANTX 18 urban warfare exercise and deemed the new rounds “a game changer,” as Lance Cpl. Sam Elichalt told Defense News:

Because the new upgrade has no backblast Marines no longer have to worry about overpressurization when firing from inside a building or a room.

That reduces the chance of injury and now Marines can fire the rockets without “having to expose themselves” to enemy fire, Elichalt said.

Backblast occurs when pressure builds inside the chamber of the launch tube after a rocket is fired. The gases that create that pressure rupture out the back end of the launcher.

For the shoulder-fired AT-4 — manufactured by Swedish company Saab Bofors Dynamics — a backblast area can extend nearly 300 feet. Before firing, Marines are trained to check and yell “backblast are all clear” to ensure no Marines are directly behind the weapon.

This is a very good description! But here’s a more visceral picture of what it looks like when you don’t check to make sure your backblast area isn’t clear:

And that’s not even involving standing directly behind someone! Backblast in an enclosed area, deflected by walls and other structures, and catch combat troops unawares. Observe:

Of course, it’s not like NAMMO suddenly found a way to neutralize the laws of physics: As The War Zone notes, the upgrade only makes it “safer” to use, with potential danger within 230 feet of the M72’s booty during operations. But the reduced backblast allows troops to unleash on light armored vehicles from fortified, enclosed positions without extra risk; considering that the new system is lighter, quieter (by 12 decibels), and “has less flash than a pistol,” as Defense News reports, the upgrade ostensibly offers an increase in lethality with less risk of opening troops up to enemy fire.

It’s unclear exactly what the Corps’ future re-embrace of the M72 will look like. But if the new system offers the departure from previous anti-tank rockets that NAMMO says it does, it certainly won’t look like this: