U.S. weighing whether or not to send new missile systems to Ukraine

Kyiv is asking for Multiple Launch Rocket Systems to help in fighting in the Donbas region. 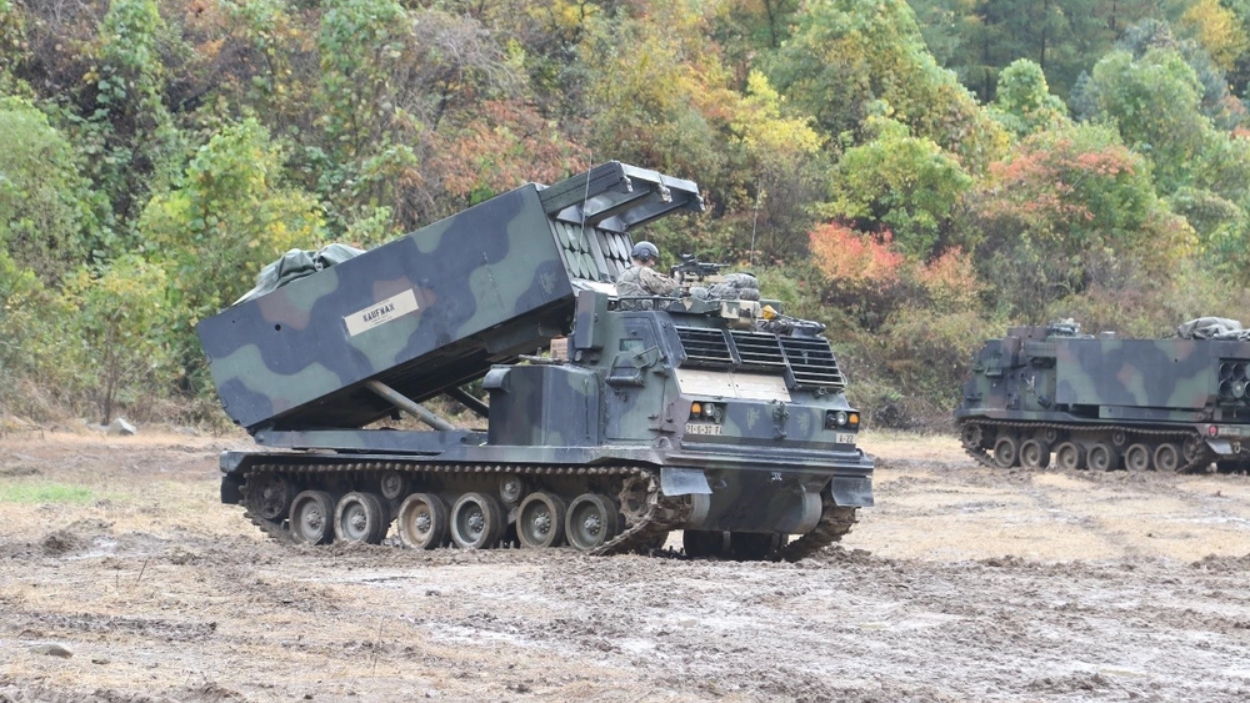 As fighting in Ukraine’s east intensifies, Ukrainian President Volodymyr Zelensky is asking the United States for additional military support in the form of long-range rocket launchers. And the White House and Pentagon have yet to decide what to do about the request.

Zelensky is asking for the Multiple Launch Rocket System or MLRS. As the name suggests, the weapons system can fire multiple missiles for hundreds of kilometers.

Speaking to the press on Friday, outgoing Pentagon spokesman John Kirby declined to confirm or deny whether the U.S. would send MLRS to Ukrainian forces. He acknowledged the requests, and noted that fighting in the Donbas region has been more reliant on long-range artillery compared to the small-unit combat that dominated the early months of the war.

“Certainly, we’re mindful and aware of the Ukrainian asks, privately and publicly, for what is known as a multiple-launch rocket system,” Kirby said. “And I won’t get ahead of decisions that haven’t been made yet, but we are in constant communication with them.”

The United States has already supplied millions of dollars in military aid to Ukraine. Notable weapons include Javelin anti-tank missiles, Stinger surface-to-air missiles, as well as several M777 howitzers. American troops are training Ukrainian forces in Germany on how to use those artillery pieces, which can launch devastating barrages from a distance, which analysts say is useful as Russian troops reorganized and shifted tactics this month. Kirby confirmed that more than 80 M777s are being used at or near the front lines. Like the howitzers, the MLRS systems can launch strikes farther than existing weapons platforms in the Ukrainian arsenal. Other nations including the United Kingdom and Germany have sent weapons and additional military equipment to Kyiv.

The war in Ukraine, currently in its fourth month, has shifted in its focus. Russian forces have retreated from trying to take the capital Kyiv and fighting is now in the Donbas region. Russian troops took the city of Mariupol earlier this month, while fighting in the second largest city of Kharkiv continues. The other eastern breakaway region, Luhansk, is seeing heavy artillery barrages as Russia tries to outright capture the city of Sievierodonetsk after failing to besiege it. Zelensky has stated that shelling has destroyed approximately 90 percent of Sievierodonetsk’s infrastructure.

This weekend Russian Foreign Minister Sergey Lavrov said that the “liberation” of the Donbas is an “unconditional priority” to the invading force.

The continuing war is threatening global food supplies, as both Ukraine and Russia are major exporters of wheat, barley and other goods. There are fears it could lead to food shortages in the Middle East and Africa, which rely on trade with eastern Europe. Kirby also ruled out the possibility of the U.S. and its allies forcibly opening the blockaded port city of Odessa to get grain shipments restarted from the city. He repeated the White House policy of not directly engaging Russia for fear of escalation.