US sending suicide drones, grenade launchers, and thousands of anti-tank weapons to Ukraine

'More will be coming' 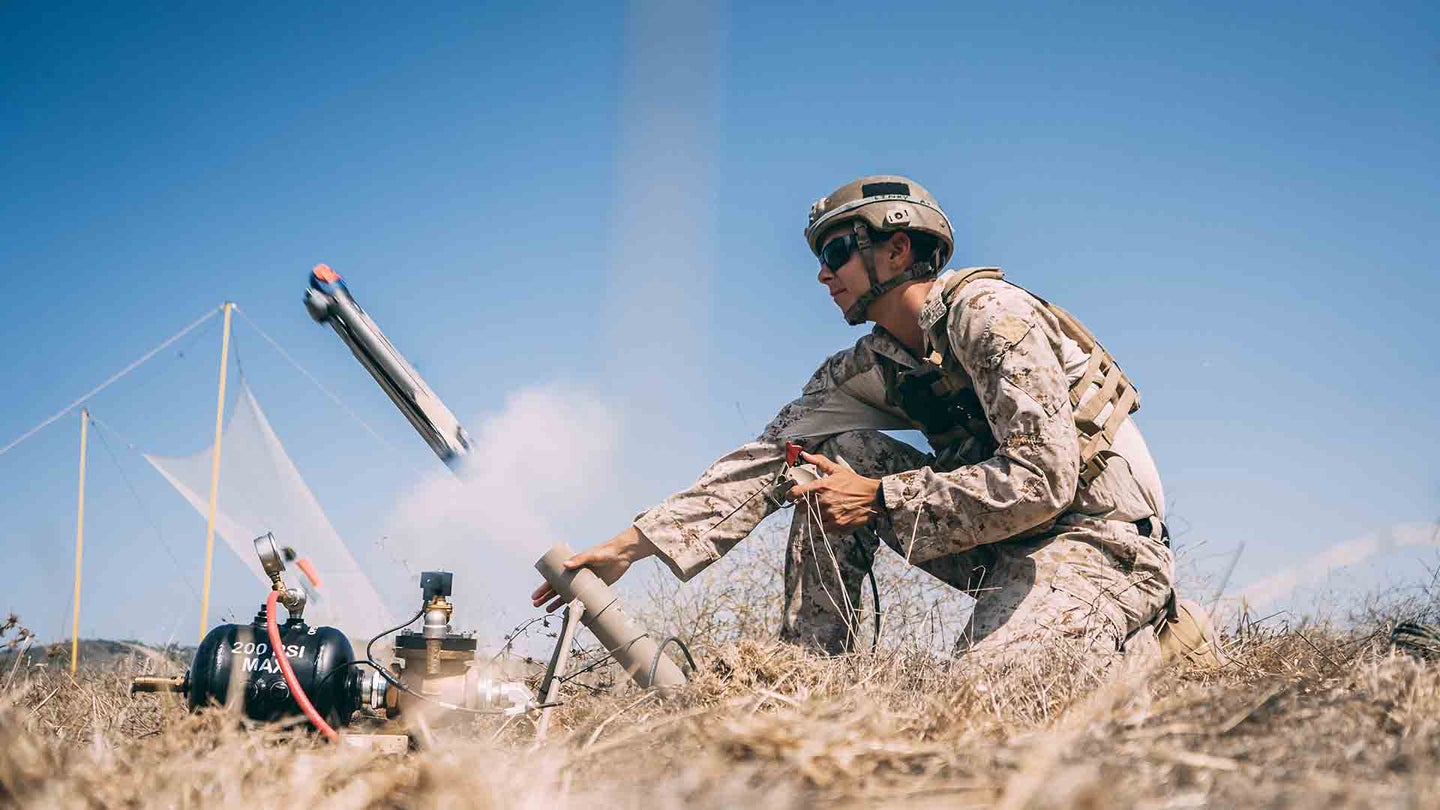 The Ukrainians are about to get another $800 million in weaponry from the United States, including kamikaze drones, to take on Russian forces.

“These are direct transfers of equipment from our Department of Defense to the Ukrainian military to help them as they fight against this invasion,” President Joe Biden announced on Wednesday.

Biden claimed the new weapons package would provide “unprecedented assistance” to Ukraine, including hundreds of shoulder-fired surface-to-air missiles; thousands of anti-armor missiles; and drones, which demonstrate “our commitment to sending our most cutting-edge systems to Ukraine for its defense.”

Specifically, the U.S. government is sending Ukraine 100 “tactical unmanned aerial systems,” according to a list of all the weapons released by the White House. Task & Purpose confirmed that those unmanned aircraft are “Switchblade” drones, which are essentially portable guided missiles. Fired from a tube, Switchblades can loiter over a target and be maneuvered either manually or autonomously to attack targets out to six miles. U.S. Special Operations Command has been using Switchblades since 2017.

The U.S. military has not fielded Switchblade drones very widely and it is not clear how well they work, said retired Marine Col. Mark Cancian, a senior adviser at the Center for Strategic and International Studies.

“A lot of people have pointed to these kinds of kamikaze drones as a major new capability – not quite revolutionary – but something that would really have a major battlefield impact,” Cancian told Task & Purpose.

The latest weapons package to Ukraine also includes 800 Stinger missiles, which can be used to shoot down Russian helicopters and other aircraft, as well as 1,000 light anti-armor weapons, 2,000 Javelin anti-tank missiles, and 6,000 AT-4 single-shot anti-tank missiles.

Both Javelins and Stingers are “fire and forget” weapons, so the operators can change positions while the missiles are still in flight. Javelin missiles can strike tanks and other vehicles from above, where the armor is the weakest. The AT-4, a Swedish-made 84mm rocket launcher, can be used to destroy fortified positions, tanks, and other vehicles.

Rounding out the list of arms and equipment that the United States is providing Ukraine are the following items:

All this assistance comes on top of previous arms that the U.S. government has provided to Ukraine, including five Mi-17 helicopters, 70 Humvees, three patrol boats, four counter-mortar radar systems, and four counter-artillery and counter drone system tracking radars, according to the White House.

The New York Times also reported on March 6 that the United States and other NATO members had sent Ukraine more than 17,000 anti-tank weapons within the past week.

“The United States and our allies and partners are fully committed to surging weapons of assistance to the Ukrainians, and more will be coming as we source additional stockpiles of equipment that we’re ready to transfer,” Biden said.