The State Department Is Already Concerned About Weaponized Russian Satellites

Amid America’s national meltdown over the future Space Force, the State Department implied that the militarization of space is well... 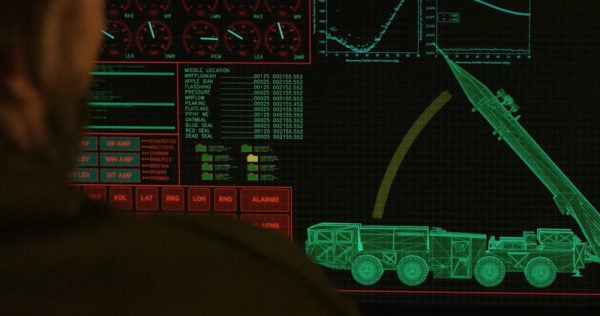 Amid America’s national meltdown over the future Space Force, the State Department implied that the militarization of space is well underway. In a recent press briefing, Assistant Secretary of State for Arms Control Dr. Yleem D.S. Poblete suggested that a group of Russian satellites may have been placed in orbit as a weapon against U.S. space assets, an orbital parasite that may be able to maneuver in orbit, evade U.S. sensors, and disable, attack, or otherwise interfere with other orbiting objects like reconnaissance and GPS satellites.

A U.S. Air Force depiction of a space interceptDepartment of Defense

So what does this all mean? Put it this way: In the 2013 film Gravity, a wayward Russian anti-satellite missile test spirals into a low orbit catastrophe. But luckily the entire human race (and Jennifer Lopez, I guess), it appears that the Russians have learned from this parable of unforeseen consequences and decided to go for a more elegant, James Bond-esque solution: Instead of a messy, ham-fisted missile, just use a tiny satellite that deploys from a larger satellite to maneuver and mess with other key space assets.

This development, if fully confirmed, lends credibility to the creation of a new branch dedicated to locating and defending against terrifying Russian (or Chinese) orbital system designed to attack the very satellites we to detect nuclear missile launches. But before we all have a Sputnik-style heart attack, its worth remembering that the U.S. has invested massive amounts of privateandpublicmoney towardsspace superiority. So the next time you see a strange blip in the sky, breathe easy: the first real space war likely won’t be here in your lifetime.

bullet points
gps
How The Other Half Fights
military tech
news