ISIS may have pioneered the use of the suicide drone on the battlefields of Iraq and Syria, but formal governments... 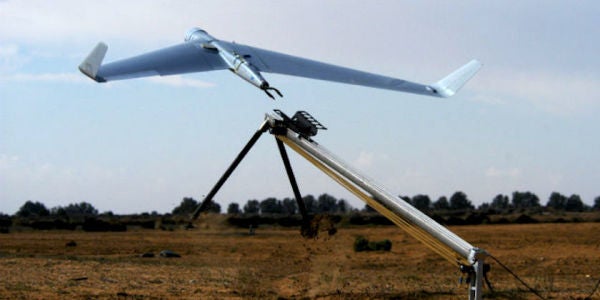 ISIS may have pioneered the use of the suicide drone on the battlefields of Iraq and Syria, but formal governments are increasingly getting in on the action.

An Israeli drone maker apparently attempted to bomb Armenian military personnel with “one of its unmanned kamikaze aerial vehicles” back in October 2017, the Times of Israel reported on Wednesday. According to the leaked complaint with the Israeli Defense Ministry, drone manufacturer Aeronautics Defense Systems’ Orbiter 1K suicide drone was dispatched to the disputed Nagorno-Karabakh region “at the request of Azerbaijani clients during a sales demonstration.”

Here are the technical details, per Joseph Trevithick at The War Zone:

Aeronautics employees reportedly refused to carry out the 2017 mission and company executives subsequently stepped in to fly the drone themselves. Though it’s not clear if this was deliberate or not, the drone reportedly missed the target, only injuring two ethnic Armenian fighters.

It could very well be that the executives made this decision consciously since Orbiter 1K has a so-called man-in-the-loop guidance system whereby the operator is either actively flying or otherwise monitoring the video feeds from the drone and they can see what it sees throughout the mission.

“The Israeli government has permitted private defense companies to demonstrate their wares in actual combat,” he writes, “but this is rare and is unlikely to have occurred in this case, since Israel does not view Armenia as an enemy.”

But the incident underscores the practical future of kamikaze drones in government arsenals, a rising concern among national security experts. In April 2015, a drone deployed radioactive material to the top of the Japanese Prime Minister Shinzō Abe’s official residence. More recently, anti-government dissidents attempted to assassinate Venezuelan President Nicolas Maduro with an explosives-laden drone during a military celebration.

Ironically, the world first learned that the Israel had sold suicide drones to the Azerbaijan thanks to an April music video from pop star Narmin Karimbayova that appeared to show one of Israel’s IAI Harop loitering munition systems launched from a truck-mounted missile battery.

Suicide drones: Not even once.