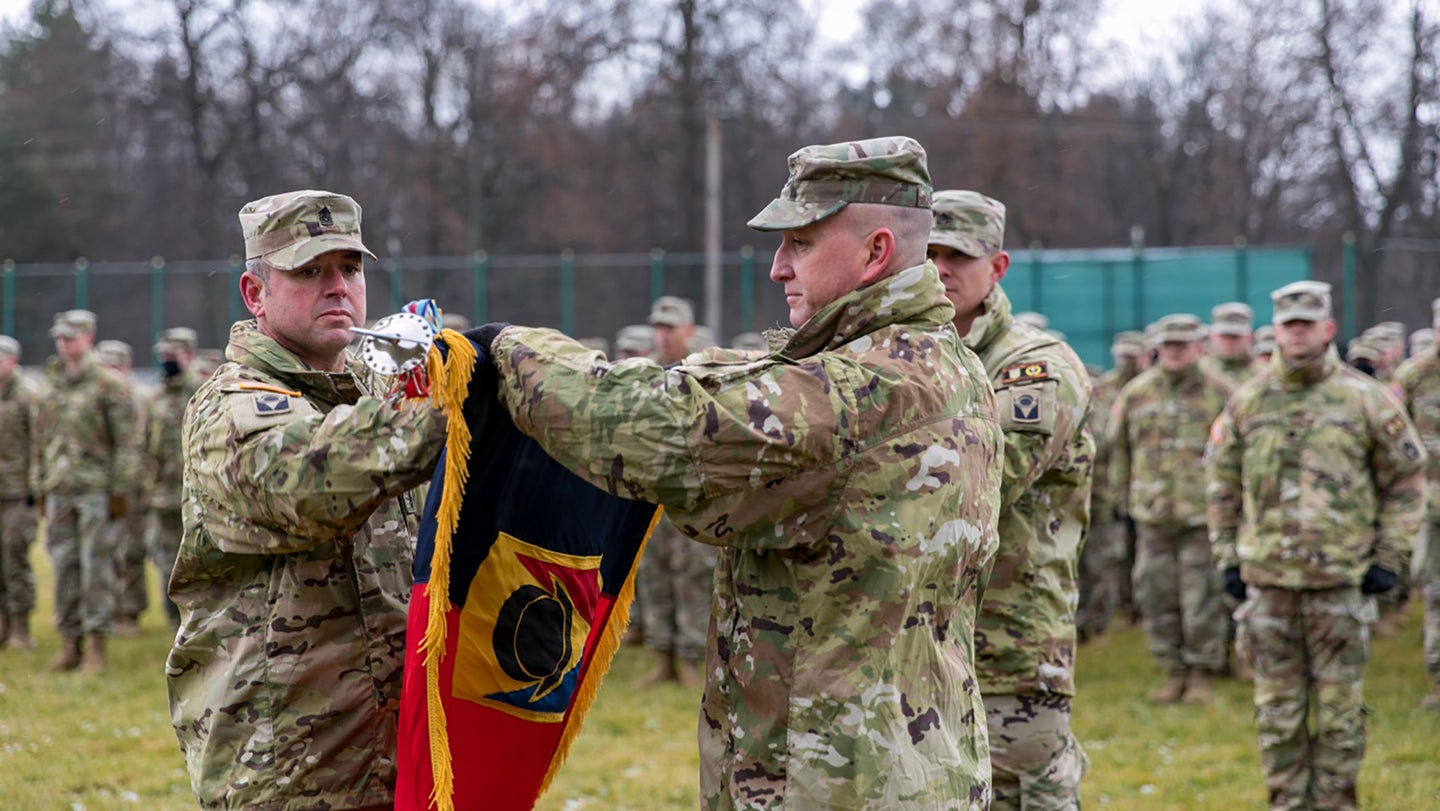 More than 100 Florida National Guard troops are currently deployed to Ukraine as U.S. intelligence officials continue to warn that Russia is poised to launch a crushing invasion of the country early next year.

While this small American force is based in western Ukraine – nearly 700 miles from the country’s eastern borders, where up to 175,000 Russian troops are reportedly massing – the presence of U.S. troops in Ukraine adds even more volatility to an already combustible situation.

In early November, about 165 soldiers of the Florida National Guard’s 53rd Infantry Brigade Combat Team prepared to leave for their deployment to Ukraine, Niko Clemmons of WFLA-TV in Tampa reported at the time.

Semelroth’s comments come after Defense Secretary Lloyd Austin declined to answer when asked by Defense One reporter Tara Copp if U.S. troops would fight alongside the Ukrainian forces that they’ve trained.

“I won’t speculate on what could happen in that instance,” Austin said in a Dec. 3 interview that was posted on Tuesday. “I would just say that No. 1: Our goal is to make sure that it doesn’t happen. We’re working with our international partners and allies to ensure that we convey to Russia that this is a really bad idea.”

On Monday, a senior administration official declined to say publicly if U.S. troops could be called on to respond to a Russian invasion of Ukraine.

“But I would say that the United States is not seeking to end up in a circumstance in which the focus of our countermeasures is the direct use of American military force, as opposed to a combination of support for the Ukrainian military, strong economic countermeasures, and the substantial increase in support and capability to our NATO Allies to ensure that they remain safe,” said the official, who spoke to reporters on condition of anonymity under rules established by the White House.

Experts said that Russia is also not seeking to get into a military conflict with the United States over Ukraine.

In fact, the Russians will probably “do everything in their power” to avoid getting into a battle with American troops if they invade Ukraine, said Evelyn Farkas, who served as deputy assistant secretary of defense for Russia, Ukraine, and Eurasia from 2012 to 2015.

“I don’t think the Russians want to pick a fight with U.S. military forces,” Farkas said. “The last time they did that, they ended up with several hundred dead Russians.”

Farkas was referring to a battle that took place in 2018 when U.S. and Kurdish forces in eastern Syria came under fire from a column of Russian military contractors. In that incident, overwhelming U.S. airpower hammered the Russian contractors, reportedly killing between 200 and 300 of them.

“The Russian high command in Syria assured us it was not their people,” then-Defense Secretary James Mattis told Congress that April. “And my direction to the Chairman [of the Joint Chiefs of Staff Marine Gen. Joseph Dunford] was the force then was to be annihilated. And it was.”

But in Syria, the United States enjoyed total superiority. Ukraine, on the other hand, is literally in Russia’s backyard, where they would be able to launch their own airstrikes as well as use rocket and tube artillery.

Moreover, since 2018 Russian forces have waged an undeclared road war against U.S. troops in Syria, seemingly without fear of suffering any consequences. That could be a sign that the Russians have become more brazen in their attempts to push U.S. troops off of the battlefield.

Still, Russian President Vladimir Putin knows that he cannot get away with killing or endangering any U.S. troops, Farkas said.

“I mean, Putin is a risk-taker, but come on,” Farkas said. “He doesn’t want to have a military fight with the United States of America.”

If Russia invades Ukraine, it will likely go out of its way to avoid any U.S., British, Polish, or Canadian troops that are in the country, said retired Army. Lt. Gen. Ben Hodges, former commander of U.S. Army Europe.

Hodges also said that he doesn’t expect any Russian troops on Ukraine’s eastern border or in Belarus to move into western Ukraine, where the American forces are based.

“Instead, their expansion would likely be intended to isolate Ukraine from the Black Sea and the Sea of Azov, but also to test the resolve of the West, including the new German government as well as the U.S. government.

If a war between Ukraine and Russia were to break out, U.S. forces would likely be far from the front lines. But the size and scope of a new conflict could be bigger than the initial Russian invasion nearly eight years ago.

“A Russian invasion of Ukraine will precipitate a conflict of far higher intensity warfare than was the case in 2014,” said Ian Brzezinski, who served as deputy assistant secretary of defense for Europe and NATO policy from 2001 to 2005. “Today, Ukrainian forces are far better equipped and trained, and they are battle tested from fighting Putin’s forces over the last seven years.”

“Due to that increased intensity, the geographic scope of the fighting would likely reach deeper into Ukraine, and that is even assuming that Putin’s objectives are geographically limited,” said Brzezinski, who is currently a senior fellow with The Atlantic Council think tank in Washington, D.C.

It cannot be ruled out that Putin does intend to finally bring Ukraine to heel given his comments this summer questioning the legitimacy of an independent Ukraine, said Brzezinski.

Increasing the number of U.S. and other NATO troops inside Ukraine and along NATO’s eastern flank could prompt Putin to reevaluate his risk calculus before launching an invasion, Brzezinski said.

“Under today’s circumstances both should be reinforced if we are serious about deterring Putin from another attack on Ukraine,” he said.

UPDATE: This story was updated on Dec. 7 with comments from Marine Lt. Col. Anton T. Semelroth.