“We are relieved to hear today Spc. Michaela Nelson had been found." 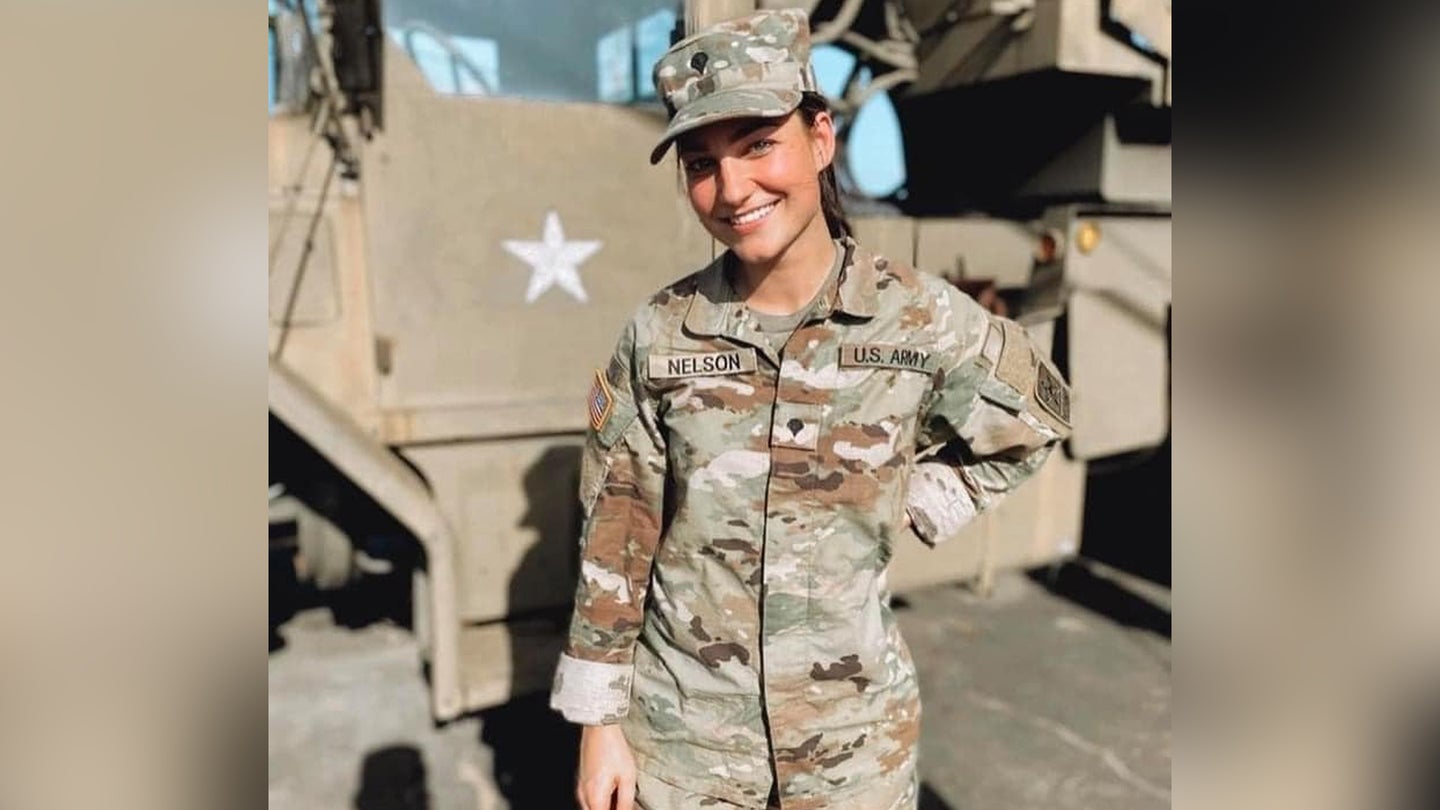 Spc. Michaela Nelson, the Ohio National Guard soldier who has been missing for the last month, was reportedly found inside her car on Tuesday.

Michaela’s Dodge Charger was broken down in Columbus, Fox News reported, citing the private investigator Michaela’s father, Lance Nelson, hired in the wake of her disappearance. Michaela, 26, enlisted in the Ohio National Guard’s Recruit Sustainment Program in September 2020 according to an Ohio National Guard spokeswoman. She attended Advanced Individual Training as a religious affairs specialist at Fort Jackson, South Carolina, and returned on Oct. 1, her father told a local news outlet, WKEF.

The private investigator Lance hired, James Terry, previously told Fox 29 that they had reason to believe Michaela was alive and was possibly in hiding. Lance told Fox News on Tuesday that he started getting texts from Michaela’s phone number late on Tuesday morning.

“She said her phone died and her car was dead,” Lance said, according to Fox News. “She felt really bad about what she’d done, making us worry – she wanted to die and things like that.”

Lance described Michaela as “amazing,” and a “social butterfly” who “makes friends all the time” and was a “star athlete in high school.” But he told local news outlets that his daughter had recently been going through a lot.

“You go through a divorce, there’s a lot of grief, it’s like a death almost as well, and that was a year ago when the divorce was finalized,” Lance said. “And then losing her mother a few months ago to breast cancer, and then getting evicted from an apartment.”

The Army updated its policy for how commanders should respond to missing soldiers last year after an investigation of Fort Hood’s command climate and culture found that leaders had “little guidance” on what to do in those situations. The new policy directs unit leaders to act immediately and designate soldiers as “absent-unknown” within three hours if they do not report for duty.

Beougher said Michaela failed to report to her unit, G Company in the Recruit Sustainment Program, after AIT. She was expected to complete “her final RSP phase during drill in October,” Beougher said.

The last time Lance said he saw Michaela was at her mother’s funeral in September, according to WKEF, and last heard from her in a text message on Oct. 24. He filed a missing person’s report on Nov. 5 and hired a private investigator.