The next Russian invasion of Ukraine will be too big to hide, and Russia doesn’t care

No 'Little Green Men' this time. 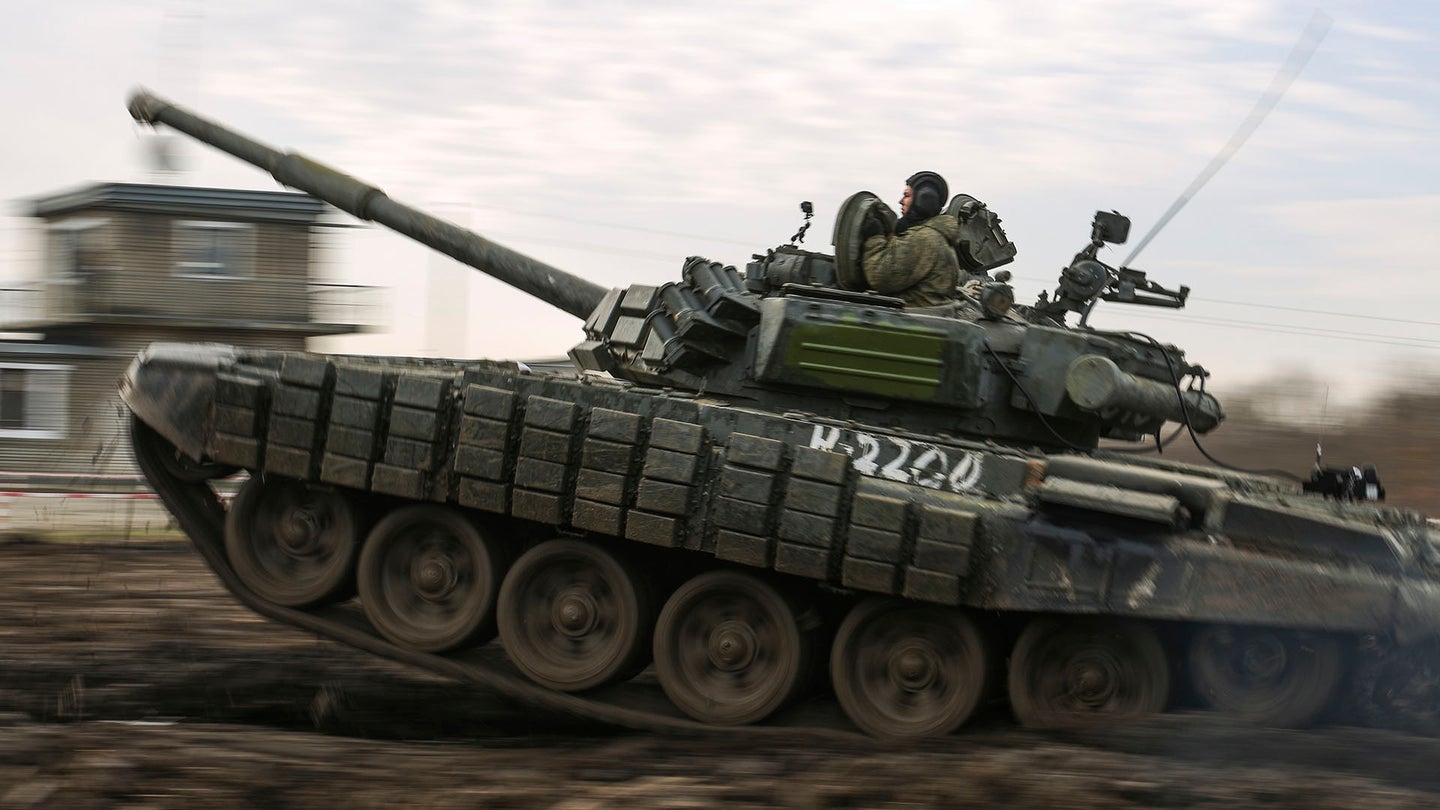 A Russian tank rolls during a military drills at Molkino training ground in the Krasnodar region, Russia, Tuesday, Dec. 14, 2021. Russia on Tuesday carried out military exercises in the Rostov region near its border with Ukraine. Tensions between the two countries rose in recent weeks amid reports of a Russian troop buildup near the border that stoked fears of a possible invasion -- allegations Moscow denied and in turn blamed Ukraine for its own military buildup in the east of the country. (AP Photo).
SHARE

The Kremlin is making it clear that Russian forces could soon push deeper into Ukraine, and this time it may look more like the Soviet invasion of Afghanistan than the covert campaign Russia has waged since 2014.

Russian President Vladimir Putin also appeared visibly angry during a speech on Tuesday, in which he accused the United States of “arming and urging on extremists from a neighboring country” inside Ukraine. In fact, Russia has armed, trained, and led separatists, who have carved out semi-autonomous zones in the Donets Basin of Eastern Ukraine, known as the Donbass region.

“If our western counterparts continue a clearly aggressive line, we will undertake proportionate military-technical countermeasures and will respond firmly to unfriendly steps,” Putin reportedly said, according to The Guardian. “I’d like to stress that we are fully entitled to do that.”

While Russia has consistently denied since 2014 that its forces have fought on Ukrainian soil, the Kremlin no longer seems to feel the need to camouflage its hostile actions, said retired Army Lt. Gen. Ben Hodges, former commander of U.S. Army Europe.

The world would most likely see a full display of Russian military power if Putin commits to a new campaign in Ukraine, Hodges said.

“I think the risk of this is going up very quickly and that the Kremlin is operating at a much higher than normal risk-tolerance level because they really haven’t been stopped before, since their invasion of Georgia in 2008, and so far, we don’t look strongly unified or resolute with our allies,” Hodges said. “The language coming out of the Kremlin is most alarming. Putin talks about genocide in the Donbass [Donets Basin]; one of his senior deputies talks about perhaps needing to bring nukes into Belarus; constant references about NATO’s threatening behavior towards Russia, and today a reference by Defense Minister Shoigu about U.S. private military contractors planning to bring in chemicals for use in the Donbass. He is preparing his own population and setting the pretext for ‘we had no other choice.’”

Since 2014, top Kremlin officials have denied that Russian forces annexed Crimea and then invaded eastern Ukraine. Russian troops wore no forms of identification when they annexed Crimea from Ukraine, earning the nickname “Little Green Men” in the West — the Russians called them “polite people.”

Later that year, other “Little Green Men,” who wore uniforms that were neither Russian nor Ukrainian appeared in eastern Ukraine. Although they claimed to be Ukrainian insurgents, these troops looked more like they belonged to a professional military than a rebel force.

While the Russians may use covert forces as part of a pretext to launch a renewed invasion of Ukraine, military operations would be on a much bigger scale than they were nearly eight years ago, Hodges said.

A new Russian incursion into Ukraine may simply be too big to conceal. Between 70,000 and 100,000 Russian troops are currently deployed on Ukraine’s borders, and the Russian military could be adding the logistical tail needed to sustain an invasion, eventually bumping up the total force to 175,000 troops.

Hodges noted that Russia’s Caspian Sea flotilla is currently in the Azov Sea practicing amphibious operations. Those ships and troops could play a major role in any new hostilities with Ukraine.

“It is well-placed if Russian forces intended to conduct operations along the Azov Coast between Mariupol and Crimea,” Hodges said. “Also, where is the rest of the Black Sea Fleet? They would be essential for any sustained, major combat operations in my view, primarily launching cruise missiles at targets in Ukraine.”

While signs of an imminent Russian invasion are certainly adding up, it is also possible that the Kremlin is instead waging a long-term campaign of political warfare against Ukraine, said retired Army Col. David Maxwell, a former Green Beret.

The Russians may not want to risk a U.S. and NATO response to a new invasion of Ukraine, so rather than waging conventional warfare, they could be trying to wear the Ukrainians down over time, Maxwell said.

“Thus, the Russian view of modern warfare is based on the idea that the main battlespace is the mind and, as a result, new-generation wars are to be dominated by information and psychological warfare, in order to achieve superiority in troops and weapons control, morally and psychologically depressing the enemy’s armed forces personnel and civil population,” Maxwell said.

“The main objective is to reduce the necessity for deploying hard military power to the minimum necessary, making the opponent’s military and civil population support the attacker to the detriment of their own government and country,” he continued. “It is interesting to note the notion of permanent war, since it denotes a permanent enemy. In the current geopolitical structure, the clear enemy is Western civilization, its values, culture, political system, and ideology.”