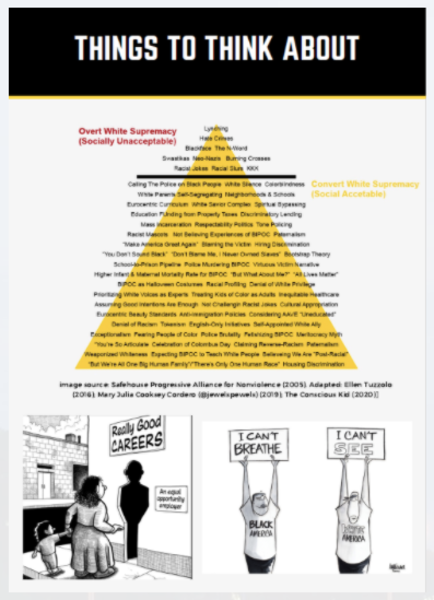 The Army has launched an investigation into a pamphlet that was distributed during an inclusion seminar, which identified President Donald Trump's “Make America Great Again” slogan as covert white supremacy.

The materials were sent out on Monday in advance of a Project Inclusion seminar on Wednesday at Redstone Arsenal in Alabama, according to Rep. Mo Brooks (R-AL), who expressed outrage over the incident.

“Heads should roll,” Brooks said in a statement. “All U.S. Army civilian and uniformed personnel who drafted, approved, or sent this racist and politically partisan email, using government resources, should be prosecuted for their Hatch Act violations and summarily fired for blatantly and illegally injecting themselves into partisan political activities on government time using federal taxpayer money.”

Cynthia Smith, an Army spokeswoman, said in a statement on Wednesday evening that the materials were “sent out in error and immediately recalled.”

“The slides – copied from a non-government website – included a word cloud with phrases that were intended to spark conversation; however, the document was predecisional and inappropriate for the discussion,” Smith said, adding that when Army leaders found out what happened, they opened an investigation.

“The Army does not condone the use of phrases that indicate political support,” Smith said. “The Army is and will continue to remain an apolitical organization.”

On Wednesday, Brooks called for the Army to “prosecute” the person who made the flyer, saying they “violated the Hatch Act and any number of military regulations” by distributing the materials, which he called “illegal, racist, and politically partisan.”

In a letter to Army Secretary Ryan McCarthy, Brooks requested that the service identify who created the flyer and who approved it, if those involved violated the Hatch Act and if they will be “held accountable for their actions.”

“The U.S. Army is not the place for political indoctrination of reeducation experimentation,” Brooks said.

The Army announced the new Project Inclusion initiative in June, saying it is meant to “improve diversity, equity and inclusion across the force and build cohesive teams.”

“The Army must continue to put people first by fostering a culture of trust that accepts the experiences and backgrounds of every soldier and civilian,” Gen. James McConville, the Army chief of staff, said in the service's press release announcing the initiative.

“Our diverse workforce is a competitive advantage  … The Project Inclusion reforms will complement ongoing efforts to modernize our talent-management processes and ensure equitable treatment for every member of our formation.”