‘Sidewalk,’ ‘Terminally Stupid,’ and ‘Meatloaf’ — How military pilots get their call signs

“Most are based on the pilot screwing something up.' 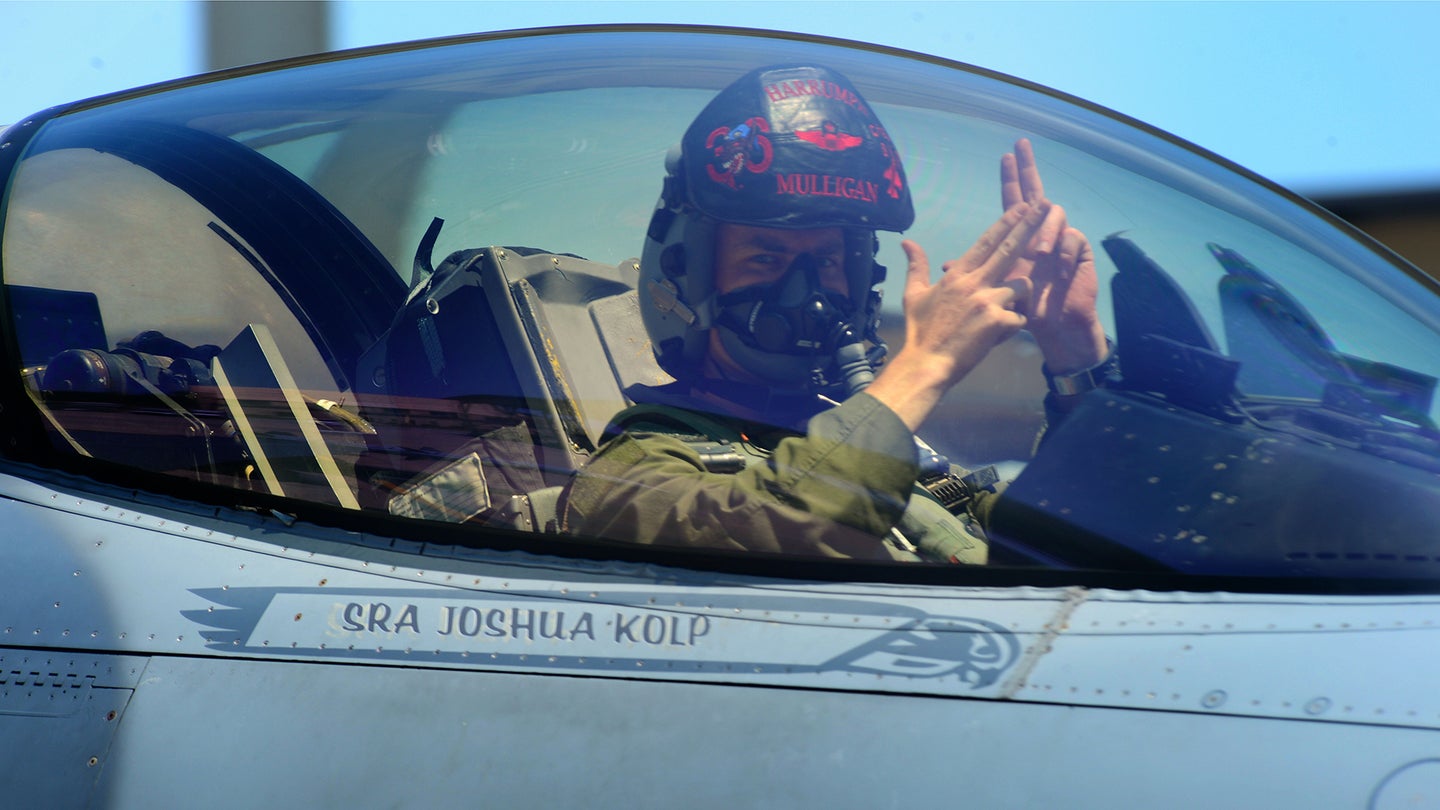 Forget what you’ve seen in movies like “Top Gun.” Military aviators don’t have cool-sounding call signs like “Maverick” and “Iceman.”

In fact, the majority of call signs are meant to cut military aviators down to size, said retired Navy Cmdr. Chris Harmer, who flew H-60F and HH-60H helicopters and has written several articles on Navy helicopter operations for The War Zone.

Pilots and other aviators do not get to pick their own call signs, Harmer said. Instead, they are assigned their official nicknames when they join their first deployable squadron. These call signs are usually based on someone’s personality or foibles and they tend to stick with aviators for their entire careers.

“I picked up the call sign ‘Ox’ because I have a passing resemblance to the John Candy character Ox in the movie ‘Stripes,’” Harmer said. “The character was funny, but hardly intimidating.”

Harmer added that one of his friends was given the call sign “MOTO,” which stood for “Master Of The Obvious” for habitually saying things that were self-evident.

Among the other acronyms and abbreviations that have been used as call signs are “PITA” [Pain in the Ass]; “VIGIT [Village Idiot]; and “TERPID” [Terminally Stupid], military aviators told Task & Purpose.

Holmes explained that his weapons officer gave him the call sign while he was training to fly F-15s at Luke Air Force Base, Arizona. At first, the name didn’t stick, but Holmes ran into the same wing weapons officer again when he deployed to Kadena Air Base, Japan. This time, Holmes was issued a patch that said “Mobile.”

“I decided: Hey, it could be a lot worse,” Holmes said. “It makes sense. I’ll just be that. And, so when I showed up to Kadena, that’s what people called me and it stuck with me over the rest of the years to the point that there are a lot of spouses in the Air Force that don’t know my name as anything other than ‘Mobile’ Holmes.”

While call signs can also refer to aviators’ physical features and personalities, “Most are based on the pilot screwing something up,” according to a recent Defense Department news story.

“Quite often, a call sign will be based on a retelling of a mistake a young pilot made, with the rule being that the story has to be at least 10% true,” Air Force Lt. Col. Keith Anderson said in the Jan. 19 story.

Harmer recalled the story of a flight surgeon whom he served with in Japan, who spent one night getting drunk at a Tokyo nightclub and woke up the next morning without enough money for a train ticket back to Naval Air Facility Atsugi, which is about 26 miles away.

“He called me and asked if I could pick him up,” Harmer recalled. “I said sure, where are you? Mustering all his concentration, he surveilled his surroundings and responded, ‘I’m in Tokyo.’ I said I needed a little more detail than that to pick him up. He responded in exasperation. ‘I’m on the sidewalk!’ From then on, he was known as ‘Sidewalk.’”

The pilot, whom LaTourrette declined to name, ran out of gas while landing, she said. Thankfully, his aircraft’s Emergency Power Unit, or EPU, provided just enough juice for him to touch down safely. Thereafter, the pilot was known as “MEATLOAF,” which stood for “My EPU Activated due to A Total Lack of Any Fuel.”

LaTourrette’s own nickname shows that call signs operate on a level of both text and subtext. Because she was the first woman to fly F-16s for the Colorado Air National Guard, she was referred to as “Colorado’s first lady fighter pilot,” hence her call sign “JackieO” – a reference to former first lady Jacqueline Kennedy Onassis.

But there is another level to LaTourrette’s story that she doesn’t discuss because call signs are supposed to have a certain element of intrigue. “It takes a lot to get the true backstory behind a fighter pilot’s call sign,” she said, adding her yarn “has something to do with a parachute knife and a do-it-yourself bob haircut.”

Not every story behind a call sign is so mysterious. When retired Navy Cmdr. Guy Snodgrass arrived at his first squadron, he was extremely skinny. At the time, Jerome Bettis was the running back for the Pittsburgh Steelers.

“The guys and gals of the squadron kind of looked at him [Bettis] and said: Man, you couldn’t have sent us someone who is more the opposite of Jerome Bettis than Guy,” Snodgrass said. “And so, they gave me his nickname, which was ‘The Bus.’ So, I became ‘Bus.’”

Years later, many of the people Snodgrass has worked with in the military still call him “Bus” – perhaps because they don’t know what his real name is, he said.

The fact that call signs are assigned rather than chosen is one reason why this particular tradition is so poignant, said Snodgrass, who noted that aviators are expected to always perform at their very best, so they can develop healthy egos.

“So, to be in a position where you’ll be assigned a call sign – you’re somewhat at the mercy of your peers – and to have to just accept that and roll forward; I do like it because I think there is something humbling about it,” Snodgrass said. “I never would have chosen ‘Bus’ as my call sign; but of course, over the course of time it just becomes ingrained and also endearing.”

The idea of aviators choosing their own call signs would actually detract from their value, argued Jack McCain, ​​a Navy helicopter pilot. Call signs derive their importance and significance from the fact that they are bestowed on aviators by their peers.

“Selecting your own call sign sunders the entire purpose of a call sign, if it’s just some arbitrary ‘cool’ sounding name you want or like,” said McCain, a former advisor to the Afghan Air Force and son of Sen. John McCain (R-Ariz.).  “It’s a long running tradition, closely held in naval aviation. You’d just have a bunch of ‘Blade,’ ‘Laser,’ ‘Razors’ if everyone chose their own.”