1,700 soldiers were just drug tested at Fort Rucker and the Army swears it had nothing to do with 4/20

Nothing to see here! 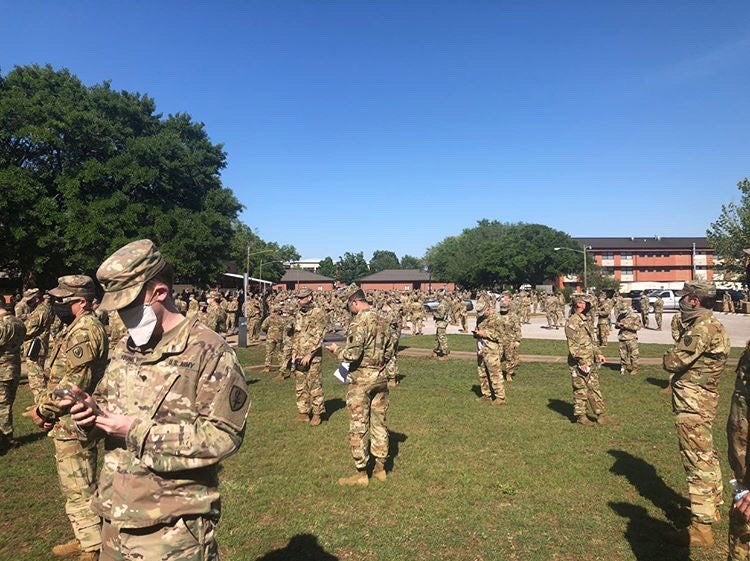 In the midst of the current global pandemic, where gatherings are discouraged and keeping six feet away from others is almost law, one has to wonder: What could be so important that more than 1,500 soldiers were made to stand in formation for several hours?

Obviously, the answer is a drug test.

Around 1,700 soldiers with the 1st Aviation Brigade at Fort Rucker had their urine tested on Tuesday, immediately raising eyebrows given the test's apparent proximity to 4/20, a day that in some circles dedicated to the copious consumption of marijuana.

According to Zero Blog Thirty, the testing went well into the night.

But Fort Rucker spokesman Jimmie Cummings, Jr. told Task & Purpose that while he saw some people speculating about the suspicious timing, it was “just a coincidence,” as they announced they'd be resuming flight training at the end of last week.

“This was a health & welfare check for the commander as they are resuming flight training after suspending it for two weeks due to COVID-19,” Cummings said. “The soldiers were required to wear masks and maintain six-foot social distancing procedures during this event. … This same unit conducted another 100 percent urinalysis back in January when flight students returned from two weeks of blocked leave, so this is a common practice, especially in the training environment.”

See? Definitely had nothing to do with the fact that maybe a few of these soldiers might have been partaking in some 4/20 festivities.

This was totally separate from the possibility that some folks may have spent a little time with 'ol Mary Jane.

Not at all related.