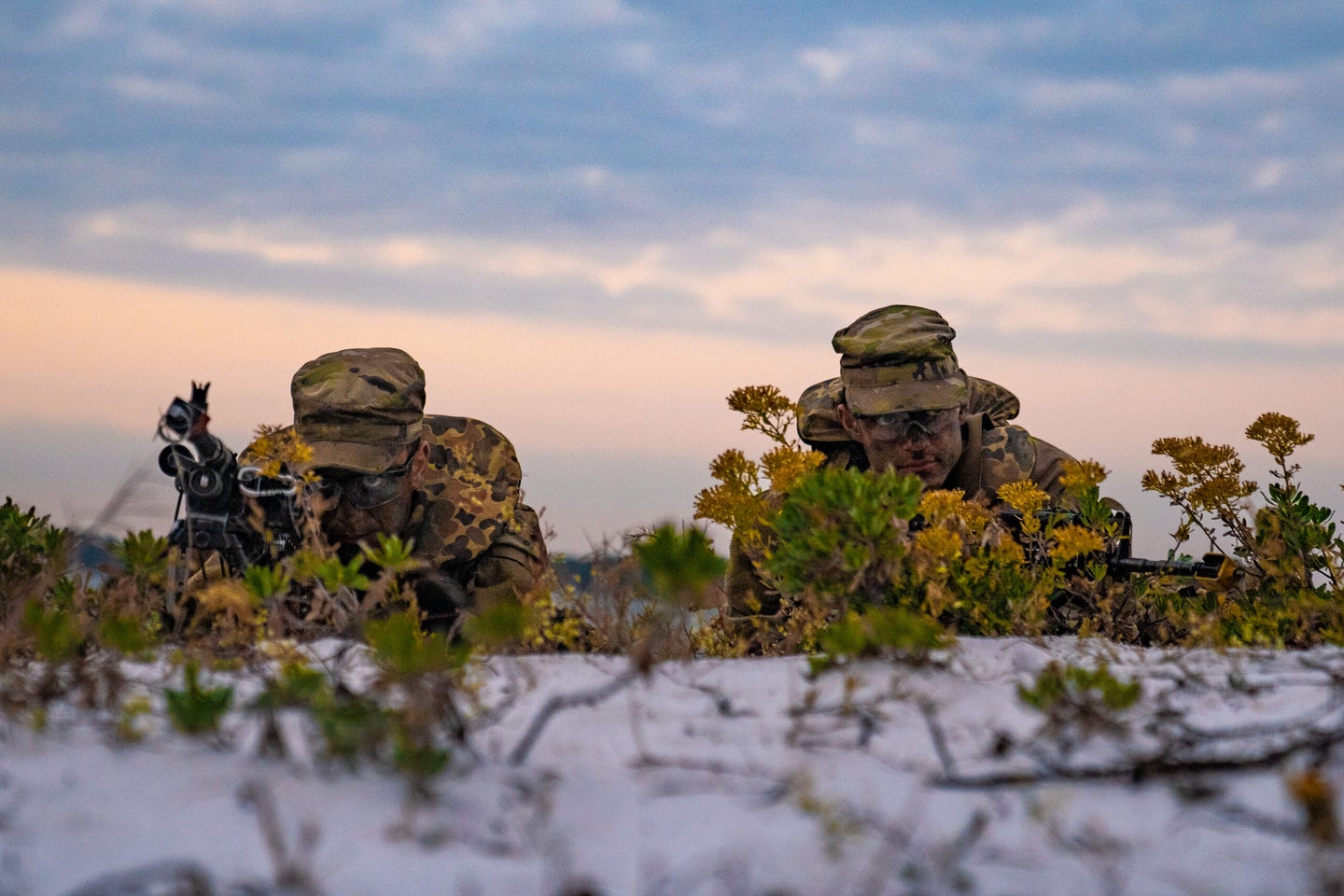 A specialist became the first woman in her MOS — Human Intelligence Collector (35M) — to earn a Ranger tab; and a male sergeant first class became the first cyber operations specialist (17C) to do so, according to an email obtained by Task & Purpose from Lt. Col. Tim Sikora, commander of the 75th Ranger Regimental Military Intelligence Battalion (RMIB).

Both soldiers were serving with the RMIB before they went to Ranger school; the specialist joined the RMIB in the fall of 2018, and the sergeant first class was assigned last year. He has just over 10 years of service under his belt.

Task & Purpose is withholding their identities at the request of U.S. Army Special Operations Command, which doesn't release names of special operations soldiers “in an attempt to maximize their safety and that of their families,” according to USASOC spokesman Lt. Col. Loren Bymer.

Their accomplishments are just the latest in a string of firsts for Ranger school, which in recent years has graduated its first enlisted woman, first African American woman, first Latina woman, and more, as retired Army Col. Ellen Haring pointed out in an op-ed at Army Times.

And even fewer women have both earned the Ranger tab and gone on to serve with the 75th, Haring writes — which makes the specialist's success stand out that much more.

Sikora said in his email that the sergeant first class will be a cyber platoon sergeant in the RMIB after some “much deserved family time,” and the specialist is preparing for her second deployment. She previously deployed with a Special Operations Joint Task Force in Afghanistan.