She graduated from the grueling course on Friday. 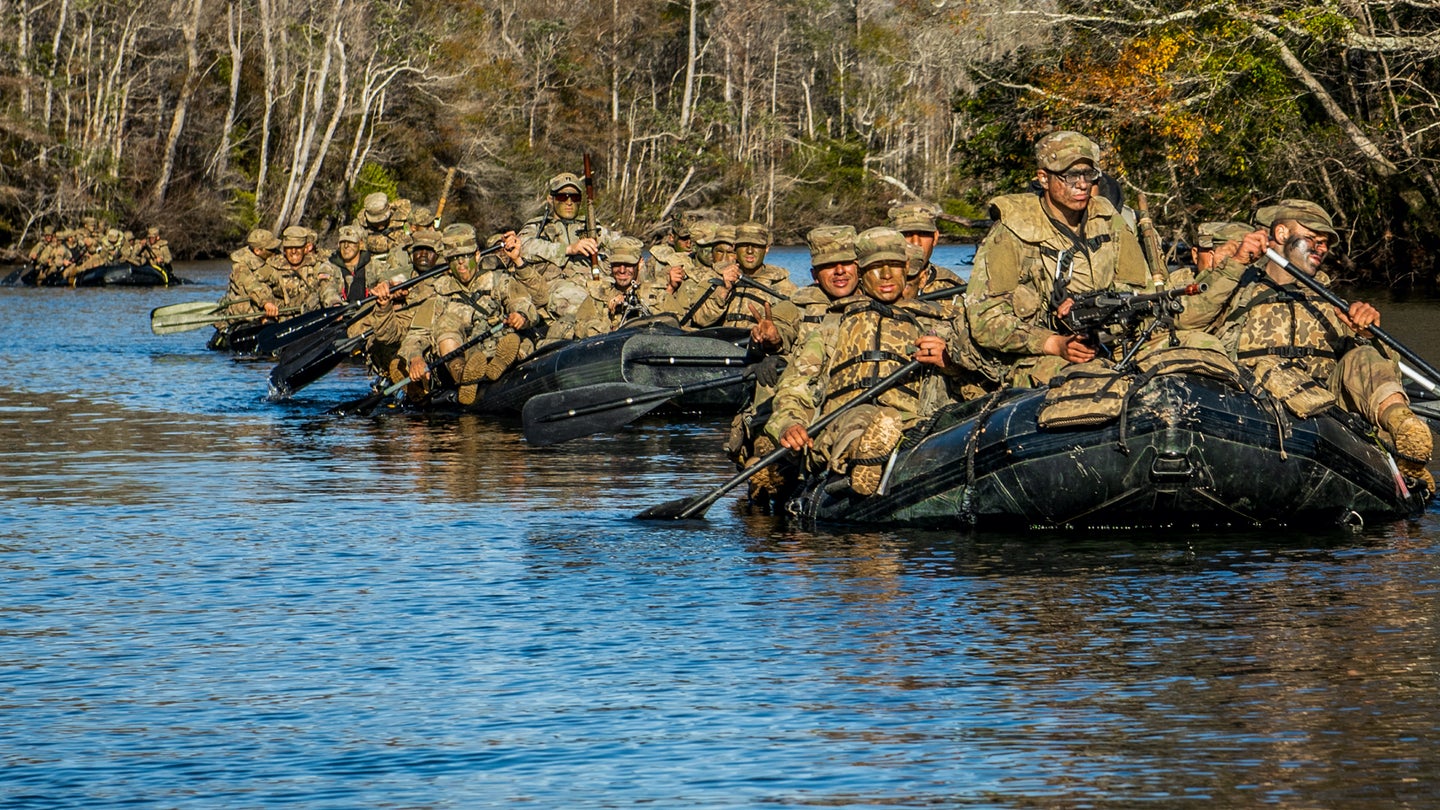 One hundred women have graduated from the U.S. Army’s esteemed Ranger School as of Friday, Task & Purpose has learned.

Ranger School at Fort Benning, Georgia, is one of the most grueling courses in the Army. The eight-week assessment and selection includes three phases that test soldiers physically and psychologically.

During the first phase, called the Benning phase, soldiers are assessed on their “physical stamina and mental toughness,” according to the Army. The second phase, called Mountain phase, tests soldiers’ ability to “command and control platoon size patrols” through different combat patrol missions.

“The rugged terrain, severe weather, hunger, mental and physical fatigue, and the emotional stress that students encounter afford them the opportunity to gauge their capabilities and limitations as well as those of their ‘Ranger Buddies,’” the Fort Benning website says.

The third and final phase, Swamp phase, takes place in Florida where soldiers learn  waterborne operations and “platoon level operations executed in the coastal swamp environment” — all meant to test the soldier’s ability to operate under “extreme mental and physical stress.”

Sgt. Danielle Farber, one of the first two women from the National Guard to finish Ranger School, said in a 2020 press release that the school was the “hardest course I’ve done by far.”

“You’re cold, you’re wet, everything’s frozen, and you’re tired — you only had about 20 minutes of sleep — and then you get up and you have to do everything in the misery,” Farber said. “I was ready to be done because it was all of the things I hate, combined. All your squad-mates and the guys in your platoon, they get you through it. You 100 percent don’t get through Ranger School on your own.”

Farber’s motivation, she said, was all the people who “said I couldn’t do it.”

“I wanted to prove them wrong.”