Capt. Kristen Griest, one of the first women to successfully complete the U.S. Army’s famed Ranger School, is set to... 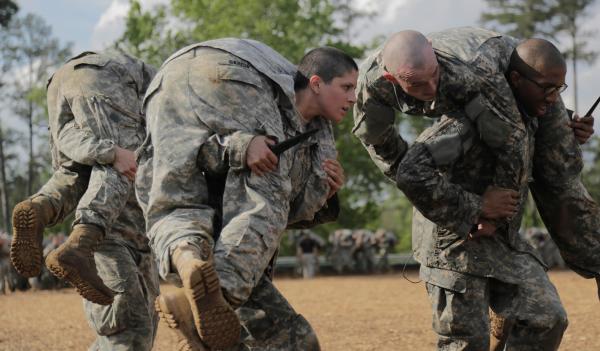 Capt. Kristen Griest, one of the first women to successfully complete the U.S. Army’s famed Ranger School, is set to become the U.S. military’s first female infantry officer, according to a new report from Army Times.

Griest is reportedly set to graduate from the U.S. Army’s Maneuver Captain's Career Course on April 28. Shortly before her graduation from the course, the U.S. Army approved Griest's application to transfer her occupational specialty from military police to infantry.

Related: The argument for women in combat should be about mission effectiveness »

A graduate of the U.S. Military Academy at West Point, Griest had been a military police officer before she set out to make history as part of the first class of women to attempt to earn the coveted Ranger Tab. Her presence in the course was one of the first results of the end to the ban on women in combat arms occupations ordered by then-Secretary of Defense Leon Panetta in 2013 and executed by his successors, Chuck Hagel and current secretary Ash Carter.

Griest and 1st Lt. Shaye Haver became the first women to complete Ranger School in August 2015. In the time since, Griest submitted an application to change her military application to infantry and attended necessary training.

“Like any other officer wishing to branch-transfer, Capt. Griest applied for an exception to Army policy to transfer from military police to infantry,” Bob Purtiman, a spokesman for the Maneuver Center of Excellence at Fort Benning, Georgia, told Army Times. “Her transfer was approved by the Department of the Army and she's now an infantry officer.”

Update: An earlier version of this article incorrectly connected Griest's graduation from the U.S. Army’s Maneuver Captain's Career Course to her receiving the title of infantry officer. They are unrelated.