Is This America’s First Infantrywoman?

On April 8, 25-year-old Robeline, Louisiana native Tammy Barnett took the oath of enlistment. In doing so, she made history... 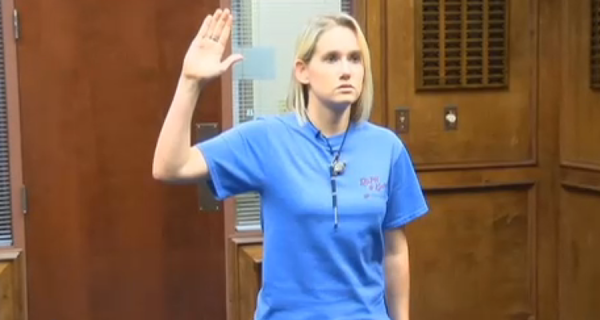 On April 8, 25-year-old Robeline, Louisiana native Tammy Barnett took the oath of enlistment. In doing so, she made history as the first woman to enlist for an infantry job in the U.S. Army.

This historic day comes four months after the Defense Department’s decision to fully integrate women into combat roles across the services, and just three days after the processing center received approval for women to sign up.

Barnett has been working with a recruiter since November 2015.

“They told me that I would be the first female in history to go infantry in the military,” Barnett told KSLA News.

However, she said, “Infantry is similar, and they are more on the front lines, like law enforcement here and I said that's what I want to do.”

Barnett will head to Fort Benning, Georgia, to start training and hopes other women will follow her lead.

Watch the KSLA news report below.