Meet The Mall Of America’s First Black Santa, A US Army Veteran

Larry Jefferson, a retired U.S. Army veteran from Irving, Texas, is the first black Santa in the 24-year history of... 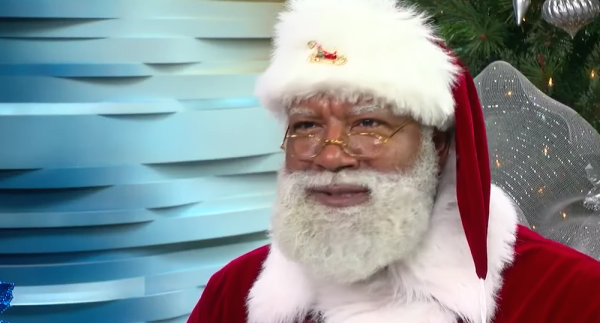 Larry Jefferson, a retired U.S. Army veteran from Irving, Texas, is the first black Santa in the 24-year history of Minnesota's Mall of America.

Each year, Santas from all across the country venture to shopping centers to hear the Christmas wishes of hopeful children, while their parents snap photos. But not all children identify with the European, white interpretation of Saint Nicholas. So, this year, Mall of America decided to change that.

“This is a long time coming,” Landon Luther, co-owner of the Santa Experience, which has run the intimate photo studio at the mall for 10 years, told the Star Tribune. “We want Santa to be for everyone, period.”

Jefferson agreed to sign a four-day contract to work at the mall, and after, he’ll return home to work the seasonal circuit in Texas. Hundreds of appointments requesting Jefferson have him booked solid through the first weekend of December.

“Kids only see one image of Santa,” said Herbert, director of Project SPIRIT. “Even though he’s a fictional character, he could be any color, any race, any gender. This is an image of him too.”

“It gives the kids an opportunity to see a Santa that looks like them,” Jefferson said. “It gives them something to identify with.”

Playing Santa Claus began when Jefferson was a child. He took to divvying up presents in his family home every Christmas morning. It was a role that stuck, continuing long after he joined the Army infantry and served in the Gulf War. What spurred him to go professional was one Christmas when he dressed up for his nephews who were too sick to go see Santa.

Last year, Jefferson, who has been donning the Santa suit since 1999 and even attended a Santa school, became the first and only black member of the Lone Star Santas, a nonprofit boasting more than 350 Santa Clauses, Mrs. Clauses, and elves who donate toys to children in disaster-stricken areas.