Editor's Note: Since publication of this article, the paper that originally reported the story, the Knoxville News Sentinel has done... 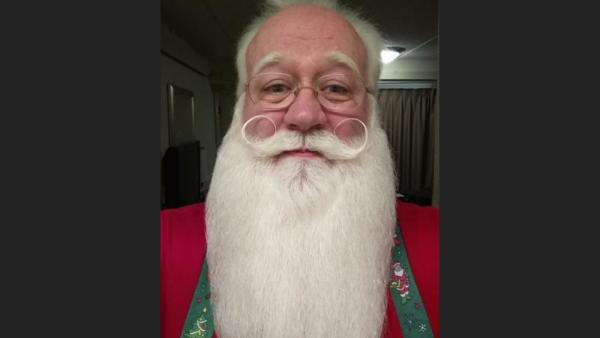 Editor's Note: Since publication of this article, the paper that originally reported the story, the Knoxville News Sentinel has done additional investigation to independently verify Eric Schmitt-Matzen’s account. At the time of its initial interview, Schmitt-Matzen said he had promised to protect the identities of the child’s family and the nurse who summoned him to the hospital bedside. Although facts about his background have checked out, his story of bringing a gift to a dying child remains unverified. Ongoing reporting by the News Sentinel cannot establish whether it is accurate or inaccurate.

Rangers are supposed to be tough, impenetrable even. You can’t do the job otherwise. However, one former Ranger found that no amount of training could prepare him for one of the toughest missions of his life.

Eric Schmitt-Matzen served four years in the Army with the 75th Ranger Regiment, but he has a different day job these days: dressing up as Saint Nick. The six-foot, 310-pound Tennessee native is a part-time Santa Claus, working about 80 jobs a year, according to the Knoxville News Sentinel, the paper that first shared his story.

The 60-year-old veteran rocks a burly, white beard that won first place in the “natural full beard, styled moustache” category of a contest this year, and even gets his wife involved to play Mrs. Claus.

Schmitt-Matzen’s job mostly entails bringing joy to every girl and boy, or dealing with a crying toddler from time to time, but a few weeks ago, he received a call from a nurse at a local hospital. A young child there was terminally ill and was asking to see Santa Claus one last time.

“I’d just gotten home from work that day,” recalled Schmitt-Matzen, who works as a mechanical engineer when he’s not donning the red suit.

“The telephone rang. It was a nurse I know who works at the hospital. She said there was a very sick 5-year-old boy who wanted to see Santa Claus.” While Schmitt-Matzen offered to put on his outfit and head over, the nurse warned him there wasn’t time.

Related: Meet The Mall Of America’s First Black Santa, A US Army Veteran »

“Your Santa suspenders are good enough. Come right now,” she said, according to Schmitt-Matzen.

Within 15 minutes, Schmitt-Matzen was at the hospital. Before going into the hospital room, he met with the boy’s mother and other family members.

“… it was my job to make sure he got Christmas,” Schmitt-Matzen told NBC WBIR in an interview.

The boy’s mother had wrapped a toy and gave it to Schmitt-Matzen to deliver to the child.

Schmitt-Matzen entered the room alone. He had warned the family, “If you think you’re going to lose it, please leave the room. If I see you crying, I’ll break down and can’t do my job.”

Inside, a 5-year-old lay in the hospital bed dying, looking very weak.

“I sat down on his bed and asked, ‘Say, what’s this I hear about you’re gonna miss Christmas? There’s no way you can miss Christmas! Why, you’re my Number One elf!”

Schmitt-Matzen proceeded to give the boy a wrapped present that his mother had prepared.

“When he saw what was inside, he flashed a big smile and laid his head back down,” Schmitt-Matzen told the Knoxville News Sentinel.

“They say I’m gonna die,” the little boy said to Schmitt-Matzen. “How can I tell when I get to where I’m going?”

“When you get there, you tell ’em you’re Santa’s Number One elf, and I know they’ll let you in,” Schmitt-Matzen responded.

Before Schmitt-Matzen could say goodbye, the child sat up, gave him a hug, and asked one more question: “Santa, can you help me?”

“I wrapped my arms around him. Before I could say anything, he died right there,” Schmitt-Matzen said. “I let him stay, just kept hugging and holding on to him.”

Devastated, the family ran into the room; the boy’s mother crying, “No, no, not yet!”

Schmitt-Matzen left right away. He had done his part, comforting the dying boy in his final moments.

“I spent four years in the Army with the 75th Rangers, and I’ve seen my share of (stuff). But I ran by the nurses’ station bawling my head off,” Schmitt-Matzen said. He continue to cry all the way home.

It took Schmitt-Matzen several days to overcome the grief he felt having that little boy died in his arms. He wasn’t even sure he could continue playing Santa. “I’m just not cut out for this,” he thought.

However, knowing that playing Santa Claus isn’t about him, but the children, he suited up one more time.

“When I saw all those children laughing, it brought me back into the fold. It made me realize the role I have to play,” he told the Knoxville News Sentinel.