For the last two decades, the Army’s protective headgear has gone largely unchanged. But after four years of developing a... 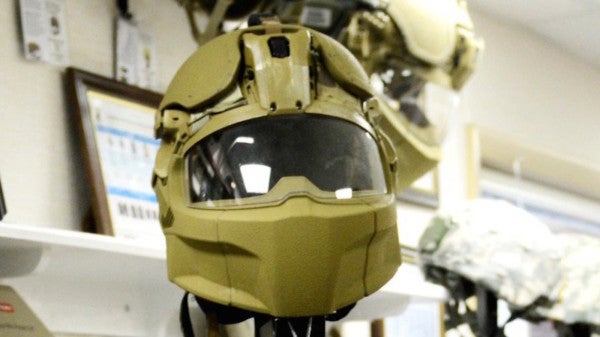 For the last two decades, the Army’s protective headgear has gone largely unchanged. But after four years of developing a new ballistics helmet, 111 combat engineers at Joint Base Lewis-McChord are now testing out the Integrated Head Protection System, Army Times reports.

“I’m pretty glad that the Army’s trying to change some things up,” Staff Sgt. James McQuillan, a combat engineer with the 23rd Brigade Engineer Battalion at JBLM, told Army Times. “If we test this out and it ends up working out for us, then it’ll benefit people here in the future.”

The Army had originally planned to give infantry units first crack at the next-generation IHPS. But Zane Smith, the IHPS test officer with Operational Test Command, told Army Times that no infantry soldiers were available. So combat engineers with similar operational mandates were selected as a stand-in.

“We’ll perform a quality-control check right there,” Smith said. “This allows us to keep that process close to the soldiers.”

Task & Purpose reported earlier that the Army has been seeking a helmet to mitigate the risk of traumatic brain injury.

The IHPS is produced by Gentex Corporation, which was was awarded a contract of $1.3 million for Phase 1 development testing of the helmet in 2013. It first entered production in January of 2017.

The headgear, which looks like a motorcycle helmet, is expected to be distributed to all soldiers who deploy by 2020.

Task & Purpose reached out to the Army for comment and will update this story as soon as more information is available.