The Army is testing its most advanced Bradley Fighting Vehicle yet 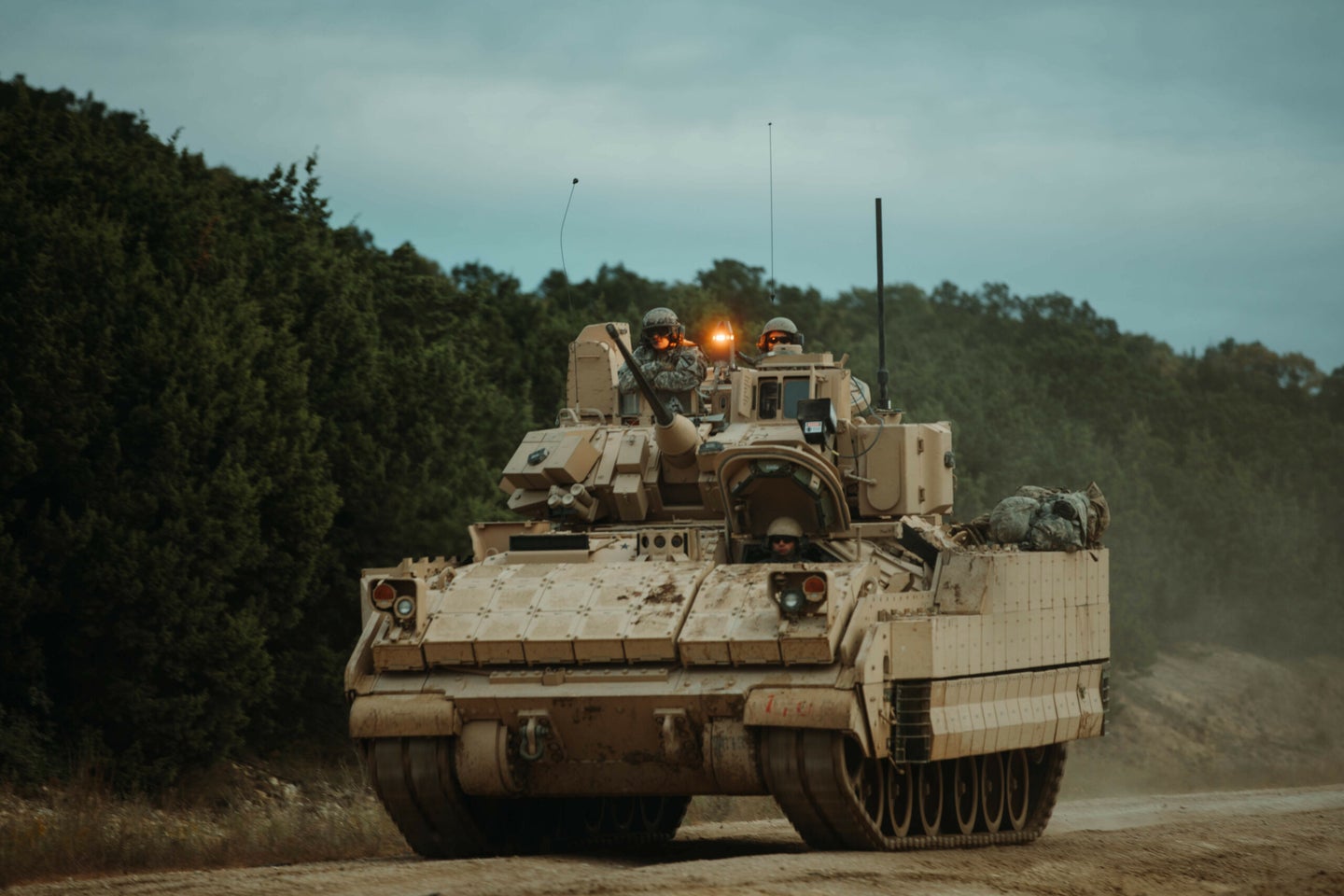 The Army may have spent decades trying and failing to replace the Bradley Fighting Vehicle, but that doesn’t mean that soldiers should expect to ride aging pieces of junk into battle.

Soldiers assigned to the 1st Cavalry Division’s 3rd Armored Brigade Combat Team are currently putting the latest iteration of the tried-and-true infantry fighting vehicle through its paces during operational testing at Ford Hood in Texas, according to photos recently released by the Army.

The Army first took receipt of the new Bradley upgrade, dubbed the Bradley M2A4, back in June, according to defense contractor BAE Systems.

The Army has been working on upgrading its existing Bradley fleet since the end of the Iraq War through a series of engineering change proposals (ECPS) initiated back in 2012.

The first ECP included track upgrades, improved shock absorbers, and suspension, and higher ground clearance for vehicles that had been previously weighed down by armor and electronics hastily added during combat. The second ECP was intended to focus on “meeting electric power generation and computing requirements for network systems” through an upgraded generator and power distribution system, according to the Army.

The M2A4 is the most significantly enhanced yet. According to Army Recognition, its upgrades consist of: the latest digitized electronics for optimum situational awareness, network connectivity and communication; a new fire suppression and IED jammer system; and increased engine horsepower augmented by enhanced mobility functions.

The particular iteration tested by the 3rd ABCT included an upgraded engine and transmission, an upgraded mission command suite, and a fresh thermal device intended to improve driver situational awareness.

“The idea behind the vehicle is to provide a faster, more durable, and survivable platform with increased oversight,” according to the Army, “giving more power to the Troopers at the platoon and squad level to ensure success during large-scale ground combat operations.”

Working with test officers from the Army’s Operational Test Center during the series of maneuvers and simulated force-on-force engagements, “few soldiers have had the chance to see the new machines in person, let alone get behind the wheel and test them,” according to the Army.

Luckily, that in-person testing proved invaluable to the OTC personnel, who stated that the data generated through the test “will shape the U.S. Army’s recommendation and requirements for final production standards on the M2A4 and M7A4.”

“Upgrading to the A4 configuration provides soldiers with more power to increase their speed and ability to integrate enhanced technology to ensure they maintain the advantage on the battlefield,” BAE Systems vice president for combat vehicle programs Scott Davis said at the time.

According to the Army release, the 3rd ABCT’s operational testing of the vehicles “took years of planning and preparation prior to execution.” No word yet if anyone totaled a vehicle or not.

Related: The Army’s plans for a ‘super’ Bradley fighting vehicle are dead