Here’s something fascinating that has been going on behind the scenes at the Marine Corps for the past 25 years... 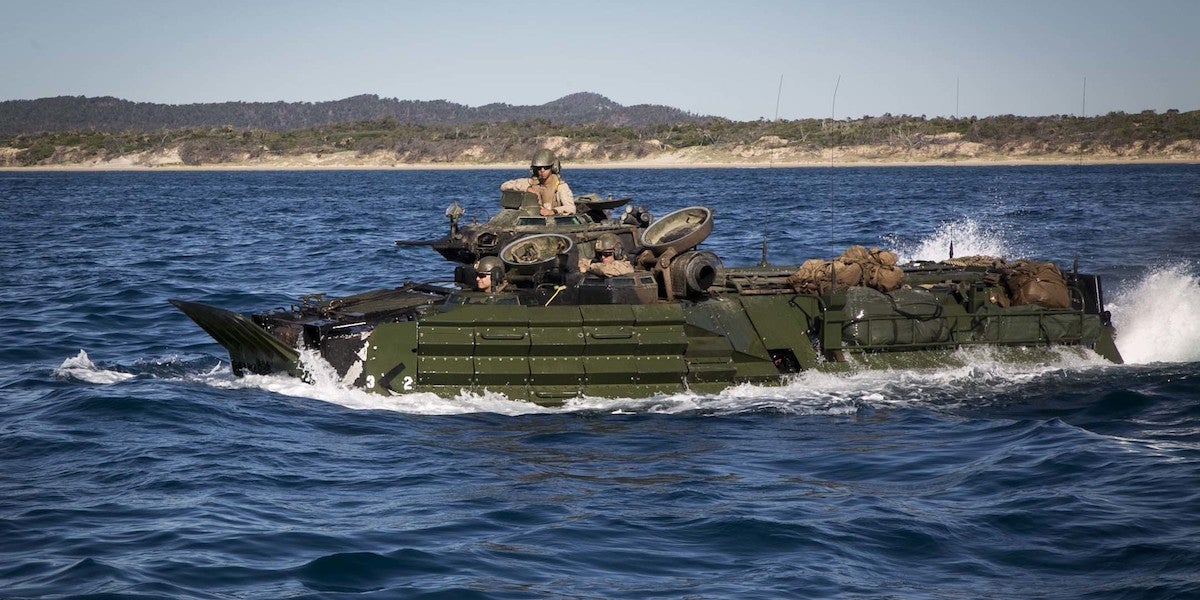 Here’s something fascinating that has been going on behind the scenes at the Marine Corps for the past 25 years that probably none of us know about. As of last year, they are finally replacing their old Amphibious Assault Vehicle with a next-generation Amphibious Combat Vehicle with some awesome upgraded capabilities. If you ask me it looks like they basically water proofed the Army’s Stryker and called it a day.

If you think beach landings are obsolete, but the Marines certainly don’t. Future amphibious landings remain a strategic possibility in places like the South China Sea where near peers adversaries like China have been flexing their muscles. Sure, we haven’t landed on a contested beach in a half-century, but that doesn’t mean it couldn’t happen again.

Three different companies have created a version of the Corps’ next amphibious vehicle, and all of them are competing for the multi-billion dollar contract. And while General Dynamics, Lockheed Martin and BAE Systems were originally the running, BAE Systems won the bid just last year to produce 30 of the new ACVs for testing and evaluation.

The new ACV will outmatch the old AAV in all the places that matter for a next-generation future conflict. The new vehicle will have a 30mm autocannon mounted on top, which is leagues more powerful than the Mark 19 system. It will carry less troops and move slower in the water which, while ostensibly a disadvantage, is not necessarily a bad thing due to recent changes in Marine Corps doctrine.

Former Undersecretary of the Navy Robert Work believed one of the two would happen in any future amphibious conflict: Either Marines would land unopposed like in Grenada, or they would have to bomb the living heck out of the beach first. Basically, the idea of fighting on a contested beach would make no sense in a future conflict, and the Navy’s thinking here is that you don’t need a fast troop transport if you land uncontested — something that F-35s and cruise missiles launched from ships can help achieve with regards to beach defenses.

This video was sponsored by World of Warships! If you’re a new player, register to receive 700 doubloons, 1,000,000 Credits, two premium ships, one port slot, and 7 days of premium time when you use code READY4BATTLE2020 and click here: https://bit.ly/2WkpQD2

This video was sponsored by World of Warships.