The Defense Department expects to stand up its first battalion of Stryker vehicles outfitted with high-powered laser weapons by some time next year, Army officials say 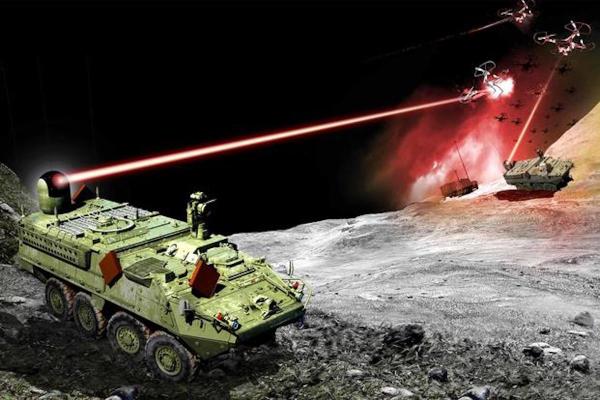 The Defense Department expects to stand up its first battalion of Stryker vehicles outfitted with high-powered laser weapons by some time next year, Army officials say.

“Expect to have the first battalion fielded in 2021 with four battalions by 2023,” U.S. Army Space and Missile Defense Command chief Lt. Gen. Dan Karbler told the audience at the virtual Space Missile Defense symposium on Tuesday

The so-called “laser battalion,” as Defense One described it, would eventually deploy the new 50 kw Directed Energy-Maneuver Short-Range Air Defense (DE-MSHORAD) Stryker that the Army is working to field by 2022, a ten-fold power increase over the 5 kw-class system that artillery soldiers have been testing in Germany since early 2018.

Defense contractors Northrop Grumman and Raytheon are currently competing to manufacture the new laser system, with plans for a “shoot off” between the two prototypes at Fort Sill in Oklahoma some time in May 2021, according to Breaking Defense.

A platoon of four laser Strykers prototypes will end up in the hands of an actual combat unit some time in 2022, according to Breaking Defense, with the laser system integrated into the vehicles' existing hardware as soon as this December.

The service is also working to field a 300 kw Indirect Fires Protection Capability – High Energy Laser (IFPC-HEL) truck-mounted laser by 2024, according to Lt. Gen. L. Neil Thurgood, director for Hypersonics, Directed Energy, Space and Rapid Acquisition in the Office of the Assistant Secretary of the Army

The 50kw Stryker will deploy primarily to swat unmanned aerial systems and incoming artillery rockets out of the sky, while the 300 kw version IFPC-HEL system could potentially channel enough power to counter incoming cruise missiles.

In May, Defense contractor Dynetics announced it was currently working to boost the power of the 100 kilowatt High Energy Laser Tactical Vehicle Demonstrator (HEL-TVD) to roughly 300 kw, roughly the output needed to defeat an incoming cruise missile, under the new IFPC-HEL effort.

“The time is now to get directed energy weapons to the battlefield,” Thurgood said in a statement at the time. “The Army recognizes the need for directed energy lasers as part of the Army's modernization plan. This is no longer a research effort or a demonstration effort. It is a strategic combat capability, and we are on the right path to get it in soldiers' hands.”