After years in development, the Army's high-powered mobile short-range air defense system (M-SHORAD) for Stryker brigade combat teams is marching towards an explosive debut on a battlefield near you 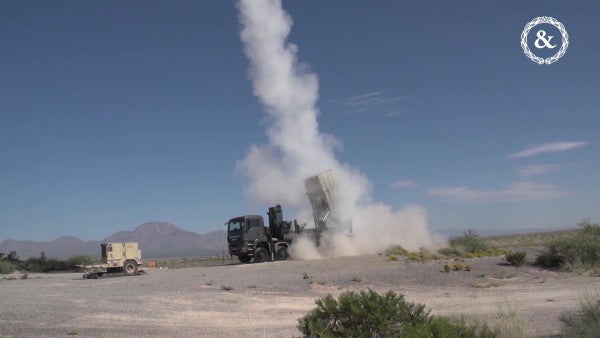 After years in development, the Army's high-powered mobile short-range air defense system (M-SHORAD) for Stryker brigade combat teams is marching towards an explosive debut on a battlefield near you.

The Army's fiscal year 2020 budget request released on Tuesday calls for $262.1 million to procure 44 M-SHORAD systems, more than double the amount the branch detailed in last year's request for both fiscal years 2019 and 2020.

The M-SHORAD system represents a major boost in firepower for Stryker vehicles, consisting primarily of a 360-degree Avenger air defense turret designed to bring Stinger and AGM-114 Longbow Hellfire missiles (the latter of which are traditionally used in air-to-surface roles), an XM914 30mm cannon, and a 7.62mm machine gun to bear against UAVs.

The extra cash is just the latest sign that the Army is pushing to get this turret system out the door as soon as possible. This hefty boost came just weeks after the Army posted a sources sought notice for industry partners to whip up 144 of the interim M-SHORAD solution engineered by Leonardo DRS and selected by the branch back in June 2018.

To partially quote the musical savants of P.O.D.: Boom! Here comes the Boom! Ready or not …

A rendering of the Leonardo DRS mission equipment package atop a Stryker combat vehicle to serve as the Interim Maneuver-Short-Range Air Defense system for the U.S. Army(Courtesy of Leonardo DRS)

An M-SHORAD solution has been in the works since Russia annexed Crimea in 2014 and necessitate a resurgence in Cold War style tactics in Europe. According to sources sought notice, the Army sought to receive its first battery of 36 M-SHORAD systems by fiscal 2020. But officials have also stated that they're looking to field the system in Europe that same year.

“We are looking for a rapid solution for the near-term fight,” Maj. Gen. John Ferarri, the Army's head of program analysis and evaluation, told Warrior Maven last year. “We atrophied air defense if you think about it. With more near-peer major combat operations threats on the horizon, the need for SHORAD and high-tier weapons like THAAD and PATRIOT comes back to the forefront.”

The directed energy element is a bit of an eyebrow-raiser, especially since soldiers have been operating Stryker vehicles outfitted with anti-UAV lasers since the middle of last year. But based on the budget data and sources sought notice, it looks like the Army is putting its money where its mouth is in getting these missile-laden, cannon-rocking boom turrets downrange as soon as possible.

WATCH NEXT: The Army Enjoys Some Stinger-On-Stinger Action