Video published to Twitter last week by General Dynamic Land Systems shows an Stryker infantry carrier vehicle firing off a volley of Stinger and Hellfire missiles and testing out its 30mm autocannon, a major flex of the beastly new short-range air defense system 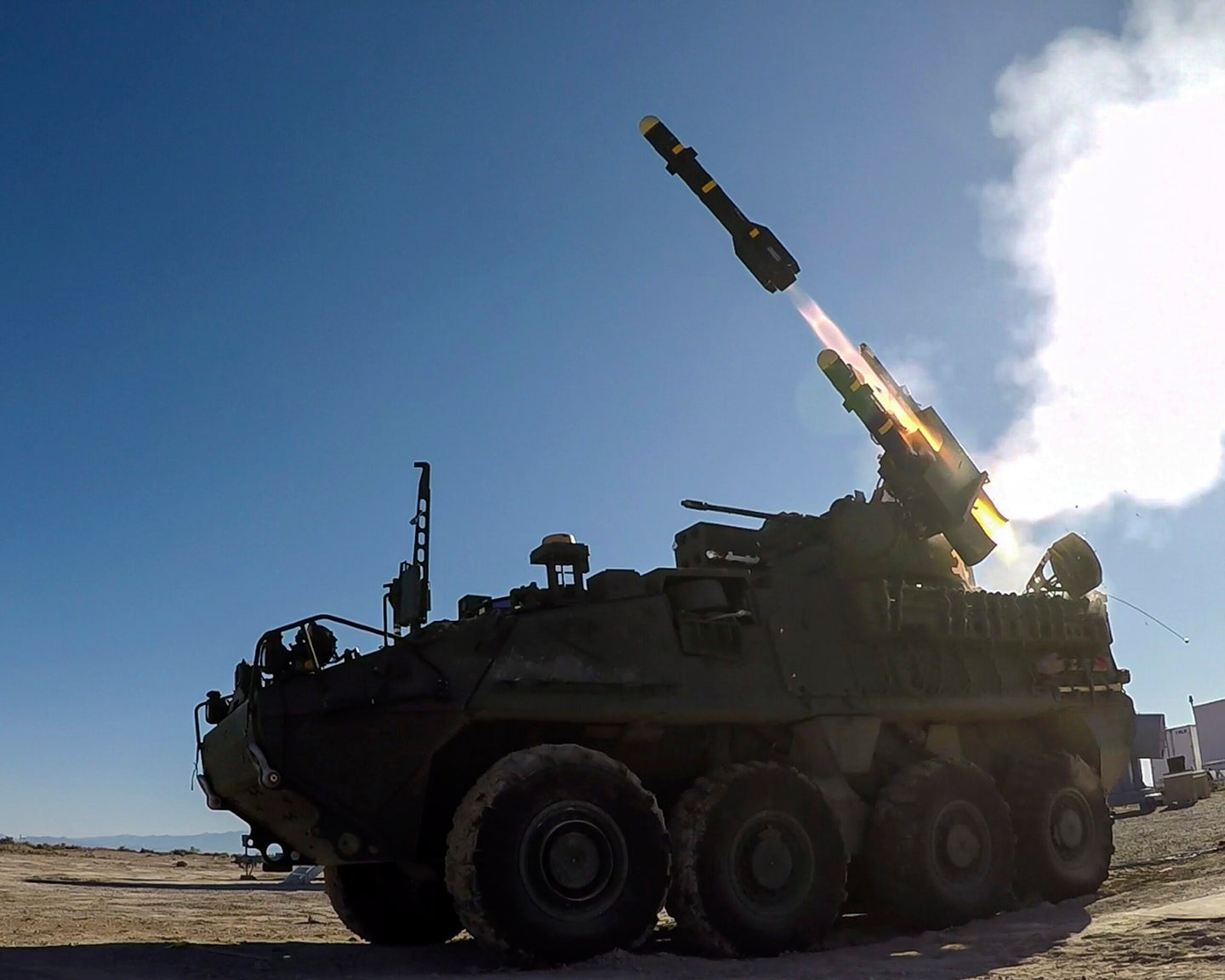 A defense contractor has released new footage of its Interim Maneuver Short-Range Air Defense (IM-SHORAD) system from an Army test carried out earlier this year.

Video published to Twitter last week by General Dynamic Land Systems shows a Stryker infantry carrier vehicle firing off a volley of Stinger and Hellfire missiles and testing out its 30mm autocannon, a major flex of the beastly new short-range air defense system.

The IM-SHORAD system consists of a 360-degree Avenger air defense turret loaded up with Stinger and AGM-114 Longbow Hellfire missiles, an XM914 30mm cannon, and a 7.62mm machine gun.

The video footage comes two weeks after the Army awarded GDLS a $1.2 billion contract award to produce, test, and deliver IM-SHORAD systems to the service in the coming years.

The Army envisions employing all of this firepower to counter not just unmanned aerial systems that U.S. troops have been contending with on the battlefields of the Middle East, but both fixed-wing and rotary-wing aircraft deployed by more conventional adversaries like Russia or China.

The Army’s initial order calls for 28 Stryker IM-SHORAD Strykers worth roughly $230 million, and the service plans on eventually spreading 144 systems across four battalions by as soon as fiscal year 2023.

According to Army budget documents, the service plans on spending an additional $1.575 billion through 2025 on acquiring a total of 180 IM-SHORAD Stryker vehicles.

It’s still unclear if the Army plans on naming the vehicle after a fictional tank from Warhammer 40,000.