The Air Force’s first B-21 Raider stealth bomber is ‘starting to look like an airplane,’ official says

Construction of the very first B-21 Raider stealth bomber is moving along rapidly ahead of the aircraft's planned first flight in late 2021, an Air Force official recently said 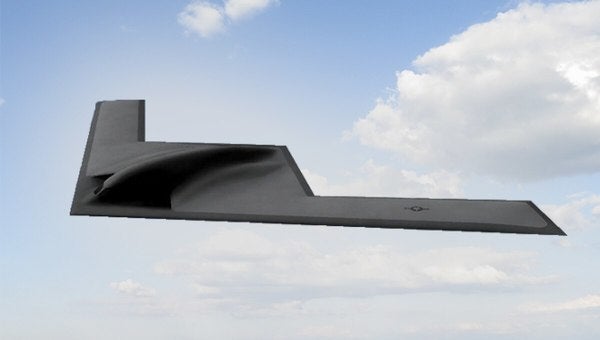 Construction of the very first B-21 Raider stealth bomber is moving along rapidly ahead of the aircraft's planned first flight in late 2021, an Air Force official recently said.

Randy Walden, director of the Department of the Air Force Rapid Capabilities Office and program executive officer for the B-21 program, recently stated that the service's first test aircraft is “starting to look like an airplane” in a terse update in early August.

“Suppliers from across the country are delivering parts that are coming together now,” Walden said, per an Air Force statement. “Aircraft programs will always have a few surprises early on, and we won’t be any different, but overall the B-21 Raider is coming along nicely.”

““Nuclear modernization is a department priority – especially in our efforts to implement the National Defense Strategy,” Esper said in a statement. “We have made great strides in ensuring the strength and reliability of our nation’s nuclear deterrent. The ability to strike any target, anywhere is the ultimate strategic deterrent and the B-21 Raider will bring that capability.”

The bomber is still years away from joining the Air Force's fleet, and officials have been careful not to broadcast details about the aircraft's development in order to protect information surrounding the B-21's stealth technology.

But Air Force officials are clearly excited to see the vision of the new bomber become a reality: News of the test aircraft's progress comes months after the Air Force and Northrop Grumman released photorealistic renderings of the B-21 in various hangars at its three future bomber bases across the United States.

The service had previously announced that the B-21's first operational base would be at Ellsworth Air Force Base in South Dakota, with the base also hosting the bomber's first formal training unit.

According to Vice Chief of Staff Gen. Stephen “Seve” Wilson, the B-21 is expected to take its first flight in December 2021, although the Air Force has said that it won't be ready for combat until the mid-2020s.

Related: The Air Force finally released new images of its stealthy B-21 bomber