"To get it air-worthy in this short time is nothing short of amazing." 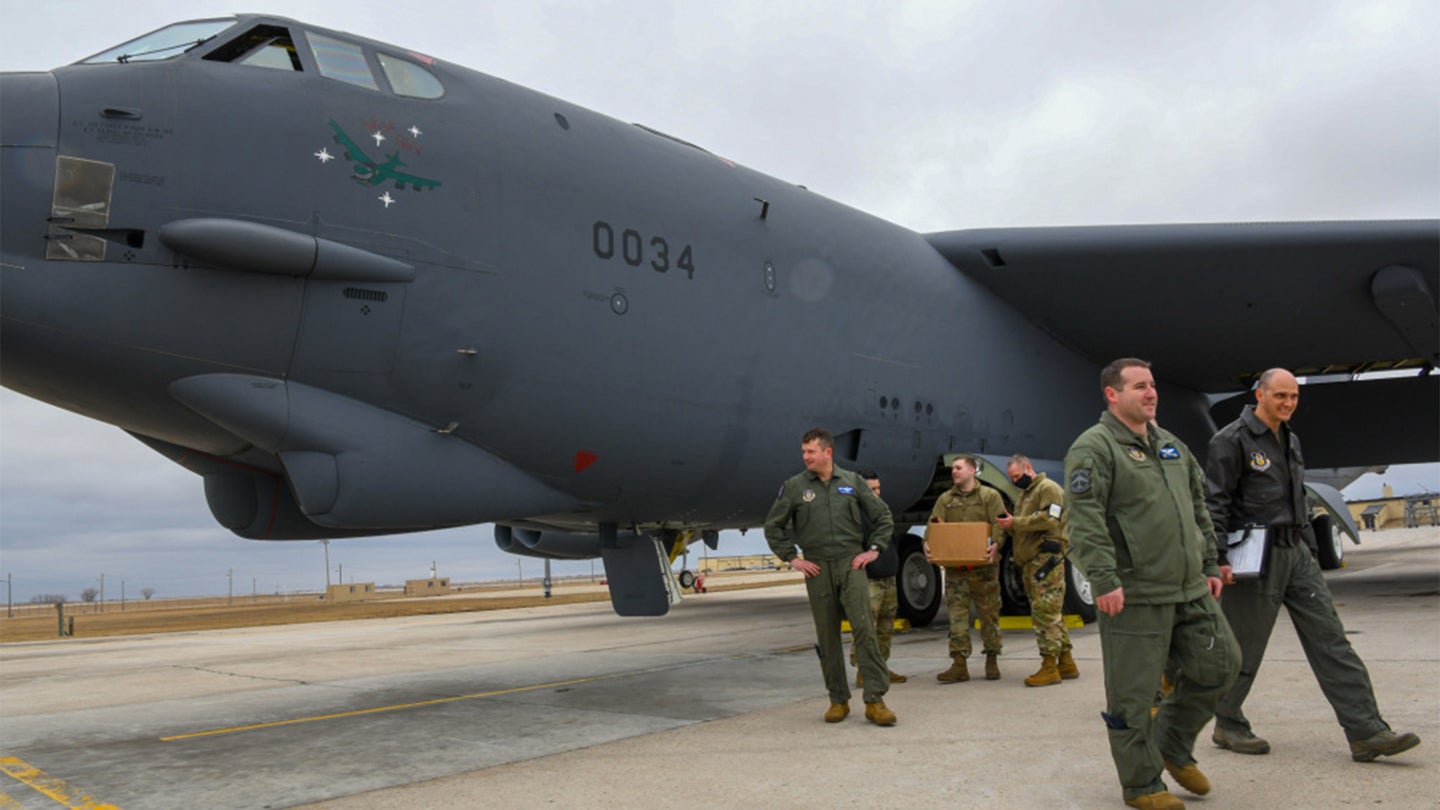 A B-52H Stratofortress "Wise Guy" lands on March 9, 2021 at Minot Air Force Base, ND. Wise Guy is one of the last B-52's to be resurrected from Davis-Monthan Air Force Base. (Air Force photo by Airman 1st Class Jesse Jenny).
SHARE

Like an old Luke Skywalker stepping up to fight Kylo Ren, or an aged Rambo picking up his bow (again), the U.S. Air Force has brought one of its oldest workhorses back from the dead to serve its country. Except instead of a Jedi or an ex-Green Beret, this legend is a 60-year-old B-52 “Stratofortress” bomber that had been put out to pasture in the Arizona desert more than a decade ago.

“Wise Guy,” as the sexagenarian strategic bomber is called, returned to duty at Minot Air Force Base, North Dakota on March 9, where it will join its fellow grey-haired B-52s at the 5th Bomb Wing. The flight follows a two-year-long restoration process which, like any good back-in-shape training montage, took a lot of elbow grease to pull off.

Wise Guy’s return to service first started in 2016, when a fire destroyed a B-52 during takeoff at Anderson Air Force Base, Guam. The Air Force was thus one B-52 short of its 76-plane Congressional mandate, so it was time to brush the cobwebs off one in the sprawling aircraft boneyard at Davis-Monthan Air Force Base, Arizona.

Bringing an aircraft back from the boneyard doesn’t happen every day. Usually airplanes there are left in the dry desert air to be stripped for parts. In fact, Wise Guy is only the second B-52 to be regenerated, with “Ghost Rider” being the first in 2015. Doing so is a big lift that requires hundreds of aircraft maintenance experts across the country to pull off. Pre-planning and structural inspections for Wise Guy started way back in December 2018, followed by 128 days of work and 195 repairs and parts replacements. All that was just to get the bird airworthy again.

“It is a true testament to everyone who worked on the aircraft,” said David Strawderman, program manager at the Air Force Life Cycle Management Center, when the B-52 took flight again last May. “To be able to pull it from storage and get it air-worthy in this short time is nothing short of amazing. True professionals from across the B-52 enterprise made this effort a success.”

But those 128 days marked the end of only the first phase of Wise Guy’s comeback. In May 2019, a skeleton crew of three aviators flew the plane to Barksdale Air Force Base, Louisiana for the second phase: getting back up to fleet standards. Eleven months and two maintenance groups later, the B-52 arrived at Tinker Air Force Base, Oklahoma on April 1, 2020, for its still-substantial finishing touches. In particular, the old aircraft needed its electrical wiring rebuilt, its main landing gear’s structural defects corrected, its engines overhauled and its software updated.

Jeff Base, the director of the Tinker-based 565th Aircraft Maintenance Squadron, said most of the 550 members of his squadron helped repair the bird or supported those efforts at some point during the 10,000 man hours it needed to get it up to snuff.

“It’s always exciting being part of such a historic project,” said Senior Master Sgt. Thomas Taylor, superintendent of the 76th Expeditionary Depot Maintenance Flight and the 76th Aircraft Maintenance Group, at the time.

It was a long road, but 11 months after arriving at Tinker, Wise Guy was ready for prime time again and sent back into service at Minot Air Force Base. Minot is an appropriate station because it was the last place Wise Guy served before being sent to the boneyard in 2008, The War Zone reported.

“Excited about the return of ‘Wise Guy?’ We sure are!” the base wrote on Facebook on March 10.

The arrival marks a second life for the old aircraft, which accumulated 17,000 flight hours during its first career in service. But perhaps Wise Guy was always fated to put the uniform back on. As The War Zone pointed out, a crew member left a note on an interior panel urging the 309th Aerospace Maintenance and Regeneration Group, which oversees the boneyard at Davis-Monthan, to take good care of the aircraft “until we need her again.”

“AMARG, this is 60-034, a Cold Warrior that stood sentinel over America from the darkest days of the Cold War to the global fight against terror,” the panel reads. “Take good care of her… Until we need her again.”

Related: The Air Force wants privacy curtains so you can poo while you B-52