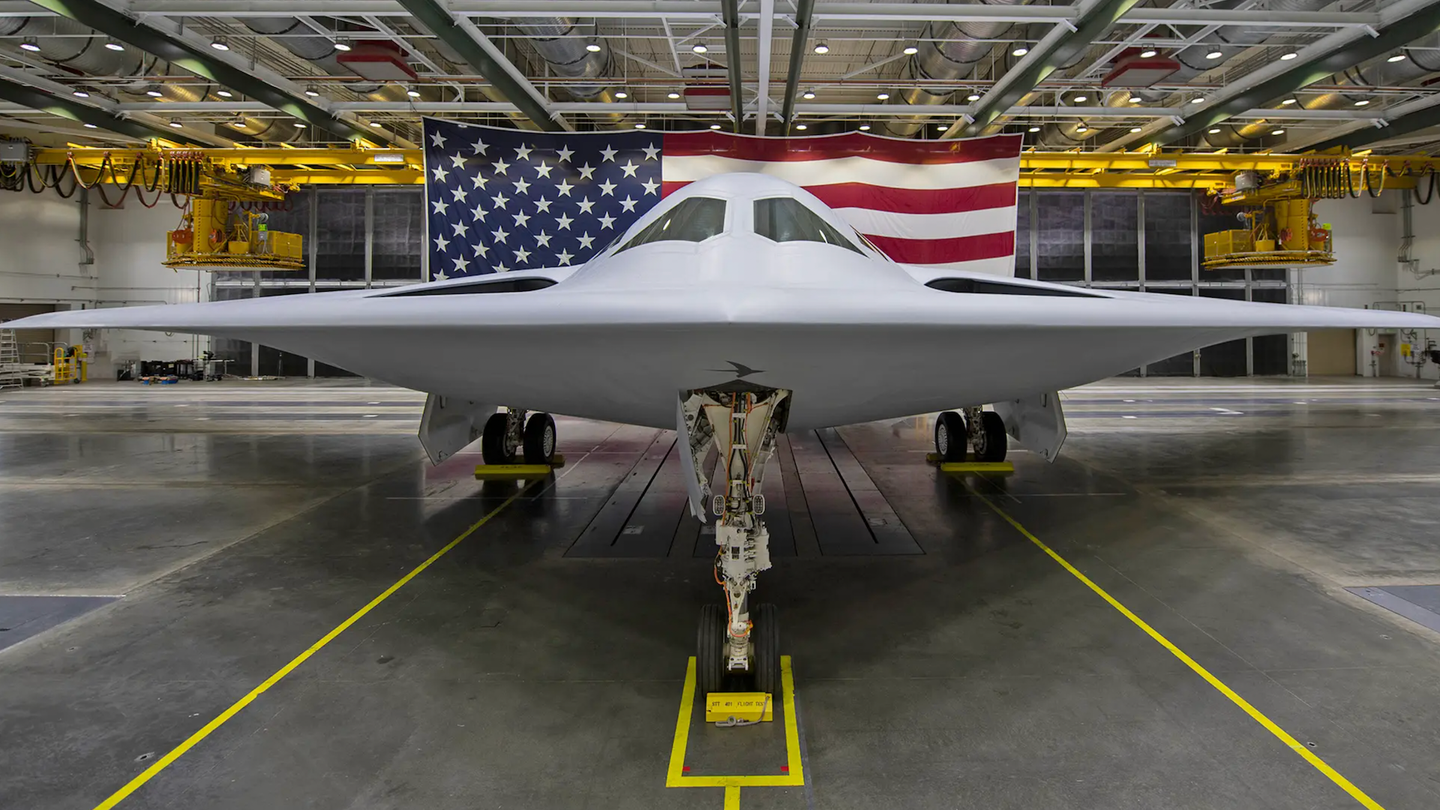 The B-21 Raider is a long-range intercontinental strategic bomber built by Northrop Grumman purportedly capable of delivering both conventional and nuclear weapons deep into the most heavily-defended enemy territory.

Despite the Air Force’s great excitement for the new aircraft, many of the specific features such as its range and payload are still unclear.

“Details such as the B-21’s size, required stealth, structure, number and type of engines, projected weapons, and onboard sensors remain classified, which makes evaluating the proposed cost difficult,” wrote the Congressional Research Service of the bomber in 2021.

Even so, some experts already believe the B-21 is more than just an aircraft: it could be the key to America winning a possible war against China.

“Long-range, low-observable B-21 bombers capable of penetrating a battlespace … could also impose costs on an adversary by forcing it to defend in-depth, rather than focus its defenses on a few air avenues of approach along its periphery,” wrote the Center for Strategic and Budgetary Assessments in a 2020 paper.

America “desperately needs” the long-range strike and stealth technology promised by the Raider, wrote the Mitchell Institute for Aerospace Studies in a statement ahead of the unveiling. “The B-21 is custom-made for dealing with the challenges posed by the China threat—covering the ranges inherent in the vastness of the Indo-Pacific region—and surviving.”

The Mitchell Institute argued that America’s ability to fly thousands of miles towards a target, sneak past advanced enemy air defenses and drop a large amount of ordnance is at a dangerous low. The Air Force’s current bomber inventory consists of the sexagenarian B-52, which can carry nuclear and conventional bombs as well as long-range standoff weapons such as cruise missiles but does not have the stealth to get past enemy air defenses; the B-1B, which can carry conventional weapons but has no stealth; and the B-2, which is stealthy and can carry nuclear and conventional weapons, but the Air Force has only 20 of them.

Overall, the service has only 141 bombers, well below the minimum requirement of 225 that the Air Force says it needs, according to the Mitchell Institute.

“Twenty operational B-2s — one was lost in a 2008 accident on Guam — are now the nation’s only combat aircraft that have the long range, payload capacity, survivability, and other attributes needed to strike deep into highly contested environments,” the institute wrote in a September paper on Air Force funding levels. “This shortfall will persist into the 2030s until a significant number of B-21s join the operational inventory.”

The hope is that the B-21 will take the place of the B-2 and the B-1B, while the B-52 will keep flying through 2050 — or, at this rate, the heat death of the universe. While the flying wing shape of the B-21 closely resembles that of the B-2, Northrop Grumman CEO Kathy Warden told Breaking Defense that the real difference is on the inside in the form of its up-to-date software, cloud technology, and an open architecture that Warden said will make the B-21 “far more sustainable” than the B-2 in terms of upgrades over time.

“Open architecture allows new sensors or other subsystems from various vendors to be easily integrated into the aircraft,” wrote the Congressional Research Service. “As a result, the initial B-21 aircraft can be augmented more easily as advanced technologies are developed; it also means that what might otherwise be expensive development of advanced sensors and/or other subsystems may be deferred and/or competed independent of the aircraft itself.”

Hopefully, up-to-date technology will help bomber crews process new data during a mission. As B-2 pilot Maj. Nick “Wolf” Anderson told the Fighter Pilot Podcast in 2019, flying the B-2 is fairly simple, despite its unusual flying-wing design. Instead, what takes up most of the crew’s brainpower is communicating with planners back home and other pilots in the strike package as the targets are planned out literally on the fly. Anderson said the cockpit can sometimes feel “like a stock-trading floor.”

The cockpit is “controlled chaos in the sense of everyone’s typing as fast as they can,” Anderson said, referring to the laptops B-2 pilots plug into their aircraft to stay in touch with commanders back home. “You’re talking on the radios before the fight, you’re sending emails for updates on target sets and threats, you’re changing your game plan, you’re relaying that to the fighters. That’s kind of the controlled chaos.”

The Air Force wrote on its profile of the bomber that the B-21 will be just one component of a network of long-range strike systems, including electronic attack, intelligence, surveillance and reconnaissance, and other capabilities.

The Air Force hopes to buy 100 Raiders, each at the estimated cost of $692 million. The manufacturer, Northrop Grumman, said on its website that six are already in various stages of final assembly and testing at its plant in Palmdale, California. The B-21 is expected to take its first flight in 2023.

Though the aircraft is billed to be a step into the future, the name ‘Raider’ takes its cue from the past. The name comes from the Doolittle Raiders, the 80 U.S. Army airmen who flew 16 B-25 bombers on a one-way trip across much of the Pacific in order to launch a surprise attack against Japan during World War II.

“While the raid achieved little damage, it convinced the Japanese government to change its plans and direct valuable resources elsewhere to prevent another U.S. attack by air,” wrote retired Air Force Col. Chris Brunner in an essay for Air and Space Forces Magazine about the B-21. “Then, as now, air power can exacerbate a nation’s sense of insecurity because the speed, range, and maneuverability of aircraft make them harder for an adversary to counter than slower moving ground or naval forces.”