Somehow, the Vikings found not just one, but multiple ways to embarrass themselves last night. 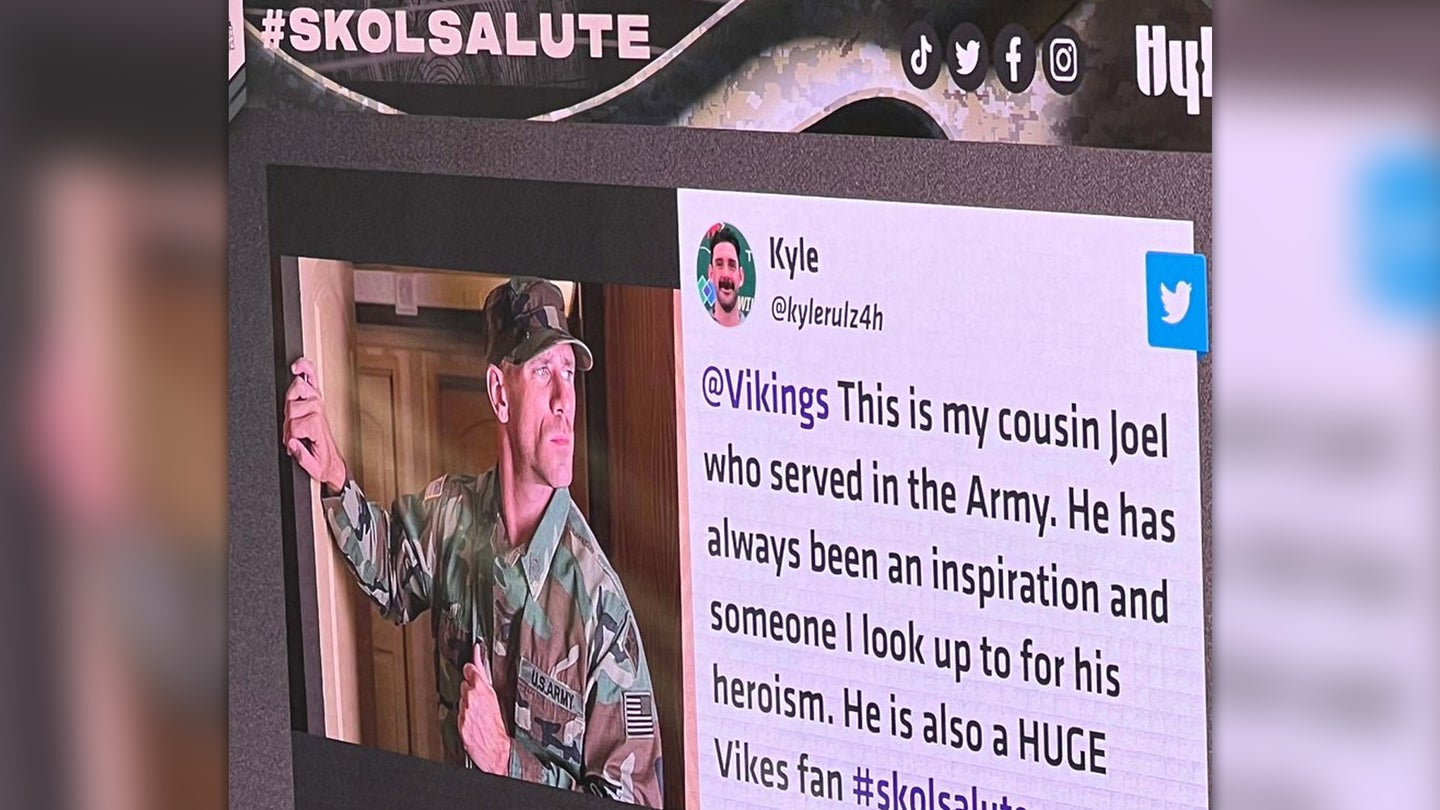 Minnesota Vikings fans don’t have much to be proud of this morning, given the 40-3 beatdown the Dallas Cowboys inflicted on their team yesterday. However, for the rest of us the game featured a truly great moment in the long-lasting partnership between the National Football League and the military: adult film star Johnny Sins, in uniform, displayed on all 8,100 square feet of the jumbotron at U.S. Bank Stadium during an in-game “Salute to Service” promotion. Safe to say the Vikings social media team is going to be thinking long and hard about how to not get trolled like this again.

“This is my cousin Joel who served in the Army,” reads the tweet asking for the shout-out. “He has always been an inspiration and someone I look up to for his heroism. He is also a HUGE Vikings fan.”

The prank started innocently enough, with the Vikings asking in the week leading up to the game for fans to submit photos or stories of their military and veteran loved ones that would be featured in the stadium as a way to recognize those who served.

Plenty of people responded in earnest, with heartfelt tributes to parents, grandparents, friends and loved ones. Then there was this, a photo of what looks like a specialist from the 4th Infantry Division in a uniform that would no doubt find this man on the wrong side of one of those stolen valor confrontation videos.

Perhaps some young intern was in a rush putting this presentation together and it was just a simple oversight. Perhaps this was just a way of expanding the concept of “Salute to Service” by saluting someone who has no doubt provided a service of sorts to many military members. U.S. Bank Stadium did not immediately respond to a request for comment.

While some may not have noticed anything out of the ordinary, plenty of others were quick to pick up on the real identity of “cousin Joel.”

When it comes to military tributes at football games, unfurlings those massive flags is nice and the flyovers are cool. But what better way to salute the troops than to bring a smile to their faces with a prank like this.