“We decrease the aircraft's startup time from more than an hour to less than 10 minutes." 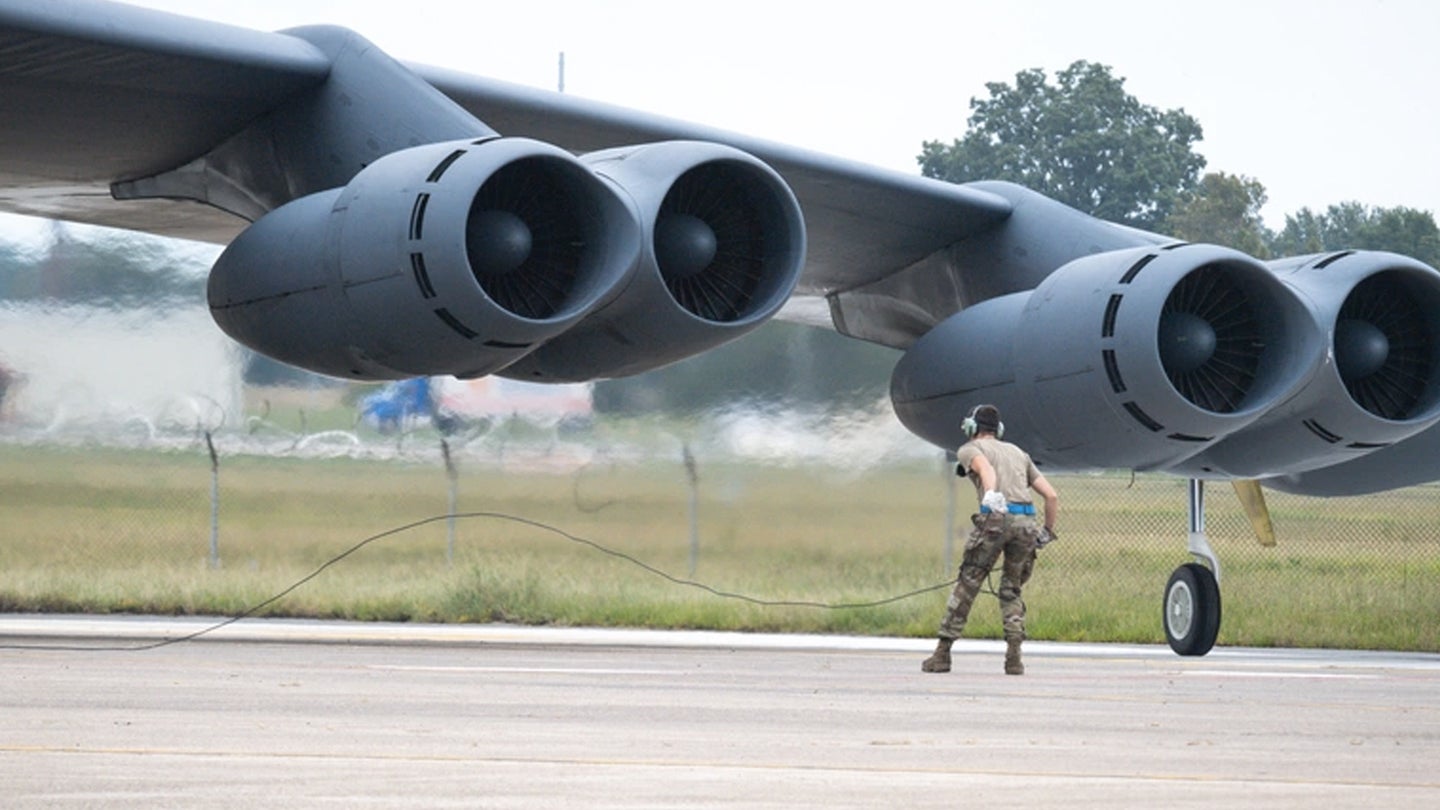 Sometimes you need a shot of espresso or Rip It to start the day, but when you’re a 93-ton strategic bomber, you may need something a little more explosive. That is why maintenance crews for the Air Force B-52 Stratofortress practice jumpstarting the lumbering aircraft’s engines with a small controlled explosive cartridge that can significantly cut down on launch time.

“The charges basically jumpstart the engines, removing the need to bring out the aerospace ground equipment used on normal launches,” Tech. Sgt. Andrew Poole, a crew chief with the 36th Expeditionary Aircraft Maintenance Squadron, said in a 2008 press release. “By removing these steps we decrease the aircraft’s startup time from more than an hour to less than 10 minutes.”

While it may sound crazy to start an engine by blowing it up, gearheads have used shotgun-like shells to get tank and aircraft engines going for generations. The technique was first introduced in the 1930s and became a helpful alternative to electric starters “in remote areas where electricity or backup battery power was unavailable,” Hemmings Motor News reported in 2018.

A similar principle applies to the B-52, which usually requires an external generator and air supply to get moving. John Brehman, a former B-52 crew chief who served during the Global War on Terror, told The War Zone last year that the B-52 has no onboard auxiliary power unit, so the launch process starts by hooking up a generator and air cart to two of the B-52’s eight engines. The ground crew starts those engines, then eventually the rest follow suit, with the ground crew checking for fires or any other unusual activity.

But once or twice a year, Brehman and his fellow airmen practiced cartridge starts, also known as cart starts. He explained that the cartridges were about 10 inches in diameter, weighed about eight pounds and “were always described as large shotgun shells.”

“They simply supply a huge volume of pressurized gas into the engine in a short time to turn the compressor,” he said. “The carts were activated by a circuit from the aircraft’s battery, and as such had to be protected from static electricity as much as possible, lest they inadvertently fire.”

Each engine on the B-52 has a port for a cartridge, and while Brehman recalled installing engines 4 and 5 for exercises, theoretically each engine could be loaded with a cartridge if the jet had to get moving “very, very quickly,” he said. On exercise days, no external generator or air cart was needed. Instead, the ground crew would hit the start switches and the engines would rapidly come to life.

“If everything is pre-set, you can taxi out in minutes, after large plumes of smoke are blown aside quickly by engine exhaust,” he said.

The irony is that while cart starts are supposed to save time, they take much longer during training scenarios because of all the safety checks involved, the 2008 press release explained. Still, it helps to have muscle memory in place should an emergency happen.

“During these scenarios we perform like we would in an emergency situation, the pilots run out of the vehicle to the aircraft, the maintainers load the cartridges as fast as they can, and we can get the bird airborne in less than 10 minutes,” said Poole.

Watch a B-52 cart start for yourself by checking out the video of one below: