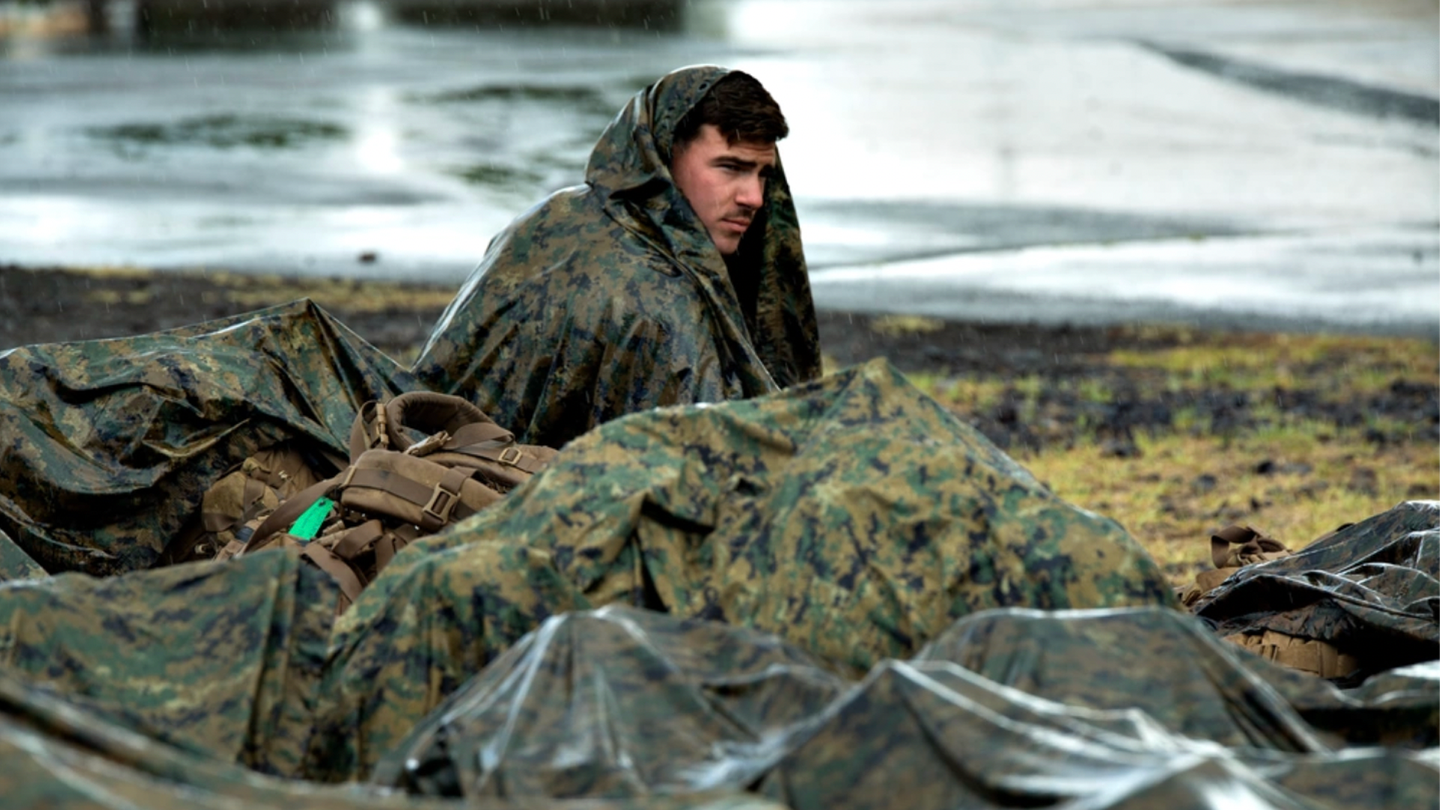 Going to the field sucks. This is an indisputable fact, and anybody that tells you otherwise is a liar. Being in the field is like being deployed for a short period of time except you don’t get the extra pay, the food is somehow worse, and all the cool pictures you’d usually take while “doing grunt shit” are ruined by the BFA at the end of your rifle.

In military parlance “the field” is shorthand for any training exercise where you head out for the day but instead of coming back at the end, you’re stuck there for a while, often sleeping on the dirt and dealing with conditions meant to prepare you for war by being just as shitty.

There is more than enough evidence to suggest that a vast cosmic conspiracy is acting against you because it always rains and the temperature shifts at least 20 degrees in the wrong direction the minute you load up in the trucks. You are powerless against these forces, but you can still take action to make your stay in the dirt motel more comfortable. We asked all the fine people on social media for “life-hacks” to make the field suck less, and we have some of our own, so here they are.

Yours truly picked up this trick while camping in Colorado as a civilian prior to my Marine Corps days. Before climbing into your sleeping bag for the night, boil up some water with a Jetboil or something and fill a hard plastic water bottle, like a Nalgene, with the hot water. Put your socks for the next day over the outside of the bottle and throw them in the bottom of your sleeping bag. It heats up the bag, and in the morning you have warm socks and clean, warm water.

Paul Szoldra, our Editor-in-Chief and also a Marine Corps veteran, has this tip: “Before going to sleep when it’s cold out, take off your uniform top and bottom and put it inside your sleeping bag. When you’re getting up in the morning, you’ll be able to put on a warm uniform.”

Deputy Editor and Marine veteran James Clark recommends “baby wipes; your preferred hot sauce, which for me was Texas Pete because it tasted good enough and you could always swipe a bottle from the Chow Hall (author’s note: this is theft) and it made the Veggie Omelet MRE edible; and a hygienic hygiene kit, meaning toothbrush cases, soap cases, a towel, and a separate compartment for your shaving gear. Don’t just stuff all your shit in a Ziploc bag, you nasty fucks.”

Jeff Schogol, our senior Pentagon reporter, has this simple advice: “Make sure you have toilet paper. Always take Imodium. It’s worth taking a bottle of Febreeze just to spray on your clothes.”

Our Air Force reporter David Roza says to “always have a list of riddles ready to troll your fellow happy campers with.”

Haley Britzky, who patiently covers the Army, says “if you think you don’t need an extra sweatshirt/jacket/blanket/pair of socks/whatever, you’re wrong… and bring extra batteries.”

We received more than 1,000 responses on Twitter, Instagram, and Facebook from readers and they were a treasure trove of knowledge spanning generations and continents. Many went way beyond the obvious recommendations to bring snacks and don’t volunteer for anything, which applies to life in general and not just the field.

Some very common suggestions were to bring a Jetboil or some other small camp stove, have the means to make coffee, carry a camp stool or small chair, take a real pillow, bring along plenty of external batteries, and overload on tobacco products even if you don’t partake because you can always sell them and profit off your pal’s inability to plan.

Unfortunately, there were simply too many recommendations, so we picked out six of the best.

“Socks over your boots at night so small critters don’t nestle in for the warmth,” wrote Nick C on Twitter. And he’s got a point: nothing quite fills you with dread like forgetting to shake out your boots in the morning and feeling something occupying the space where your toes are supposed to go.

“An outside doormat with a rubber bottom and fiber top. It adds some weight but doesn’t take much room (load it first, not rolled, and let it conform to the outside shape of your duffel or ruck),” wrote M Cau Dill on Facebook. “Starting the day with your feet not in the mud or on the cold ground is worth the weight to me.”

This is an outstanding idea, and coupled with some slippers could really change the whole game.

“I bought nice toilet paper, pulled the cardboard out of the middle, flattened it and stuck it in a Ziploc,” adds Josh White on Instagram. The value of toilet paper cannot be overstated. Readers replied saying to just bring baby wipes, but have you ever wiped with frozen baby wipes? No thank you.

“If your uniform is soaked, keep it under your sleeping bag as you sleep. That way your clothes will be warm and wet instead of cold and wet,” suggests Luis Gallardo on Instagram. I guess if you have no other option this is the best one, it also shows how truly desperate you can become. A reader had a better idea in a reply to this, and that was to dry the clothes in an engine bay if you have trucks. Just be careful you don’t catch them on fire.

“Put your energy drinks in a wet sock and hang it up when you go to sleep. Wake up and it’ll be nice and cold for breakfast,” wrote Nick Brehm on Facebook, and it’s worth noting that if you’re in a hot environment the evaporative cooling can bring the temperature down a few degrees, making a huge difference.

“I used to cut out pieces of a windshield sunscreen the same shape as my insoles and put them underneath them in my boots. Helped insulate from the cold ground” said Jake Balaam on Instagram. If this actually works this might be the best one. Cold feet are the worst, and this tip doesn’t add much weight and can be easily scrapped if it doesn’t function as intended. (Somebody do this and let us know.)

Many suggested to simply “Join the Air Force,” which seems like the best advice, to be honest. Many will be shocked, however, to learn that even the Air Force goes to the field, sometimes, but usually, they’re stuck sleeping on aircraft. Many airmen suggested buying a hammock to avoid sleeping on the cold metal floor.

The last piece of advice that I can offer was something I saw people say a lot in the comments and that’s to just enjoy it. Yes, being cold and wet or hot and sweaty sucks and it can seem pointless at times, but you’re with your friends, and they’re miserable too. Some of the best memories you have will come from the field. One day you’ll look back and want to trade everything just to be back with all your buddies for a few hours, cold and wet and miserable, as you take turns throwing rocks at bigger rocks to see who can get the closest.

If you have any other suggestions, leave them for us in the comments below.