No, those nuclear ‘doomsday planes’ weren’t in the air because of Trump’s COVID-19 diagnosis 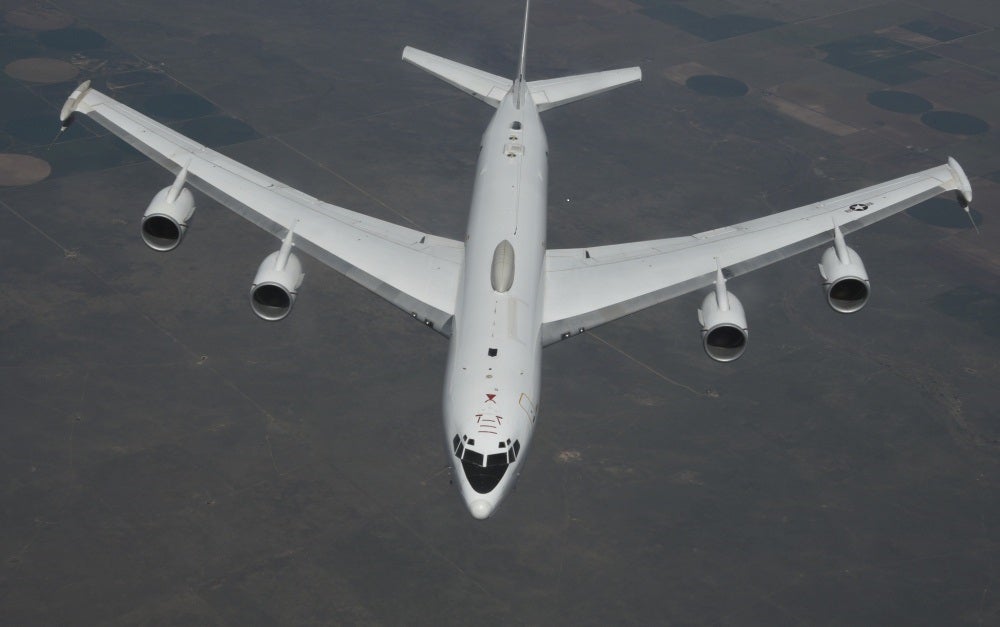 Everyone on Twitter needs to calm the f—k down about the fact that two military nuclear command planes were airborne when President Donald Trump let the nation know that he and First Lady Melania Trump had tested positive for the novel coronavirus (COVID-19)
.

The Navy’s E-6B planes are meant to serve as communication links between the national command authority and the U.S. nuclear forces. The planes are equipped with an airborne launch control system that allows them to launch ground-based intercontinental ballistic missiles.

Both E-6B Mercury planes were on pre-planned flights when the president tweeted about his diagnosis, defense officials said on Friday.

“Any timing to the President’s announcement is purely coincidental,” said Karen Singer, a spokeswoman for U.S. Strategic Command, which is in charge of the military’s nuclear arsenal.

The U.S. military has not made any changes to its alert levels, said Army Col. David Butler, a spokesman for the Joint Staff.

“The U.S. military stands ready to defend our country and its citizens,” Butler said on Friday. ”There’s no change to the readiness or capability of our armed forces.”

Trump informed the country that he and Melania had tested positive for COVID-19 when he tweeted at 12:54 a.m. on Friday.

Shortly before his announcement, Tim Hogan – who has been described in media reports as an “open-source intelligence practitioner” – tweeted at 12:19 a.m. that one of the E-6B planes was flying near Washington.

Hogan speculated that the U.S. military was sending a message to its nuclear-armed adversaries in case the president tested positive for COVID-19. He followed up with a 12:26 a.m. tweet that another E-6B plane was flying off the West Coast, adding, “IMO [In my opinion] Stratcom wants them to be seen.”

Hogan’s comments were reported by Forbes and the Daily Mail, but aviation experts immediately tweeted that it is common to have both E-6 planes in the air at the same time.

Could also be coincidence, or they were coming in to land somewhere ??‍♀️

“Everybody: E-6Bs fly a lot. In different places at the same time, even,” tweeted Steve Trimble, defense editor for Aviation Week.

Hans Kristensen, of the Federation of American Scientists, noted that October is exercise season for STRATCOM.

And Military.com reporter Oriana Pawlyk noted that the airborne command posts have been flying a lot this year.

“It is very routine to have E-6s up,” tweeted Vipin Narang, who teaches political science at the Massachusetts Institute of Technology. “Do not read anything into this, it isn’t a message to anyone. In terms of nuclear command and control, the concern isn’t communication but chain of command in case of POTUS incapacitation, but we are nowhere near there yet.”

Related: Why there’s no such thing as ‘tactical’ nuclear weapons