'I would expect it pretty shortly, like within days, perhaps early next week,' Army Gen. Mark Milley, chairman of the Joint Chiefs of Staff, said on July 9. 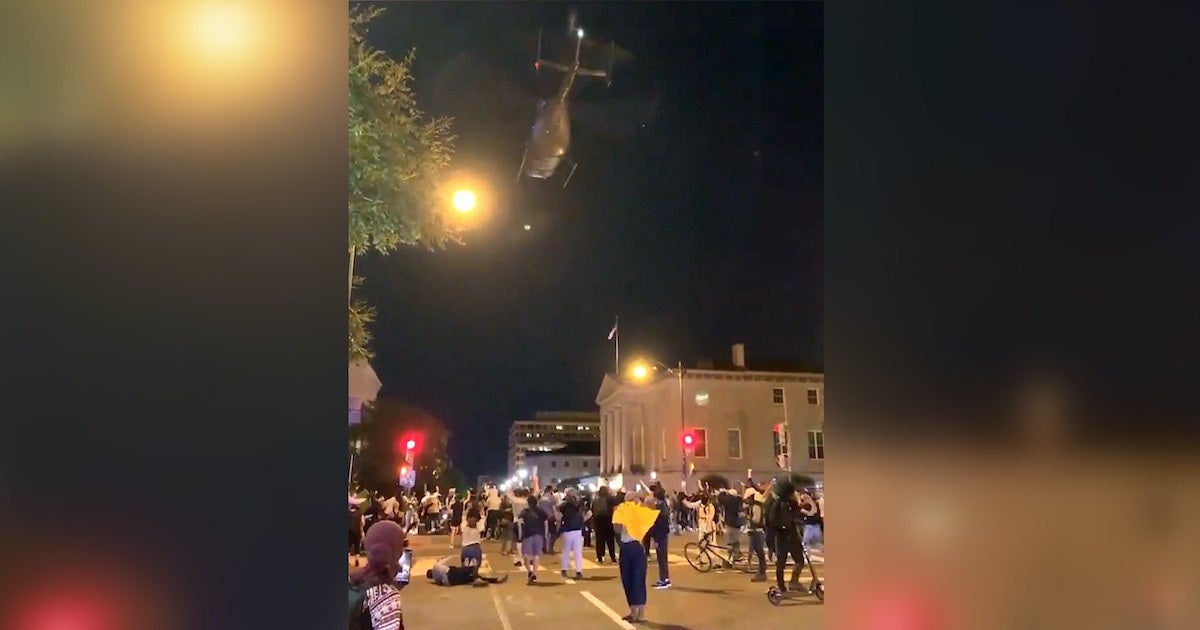 You know that meme where multiple versions of Spider Men point at each other? That’s what it feels like every time I ask defense officials about the District of Columbia National Guard’s investigation into whether any of its helicopters flew too low over protesters on June 1.

Even though the defense secretary, chairman of the Joint Chiefs of Staff, and Army secretary have said since June that the investigation would be released soon, it has not seen the light of day and is most likely gathering dust in some corner of the Pentagon along with the Ark of the Covenant, which archeologist Henry “Indiana” Jones Jr. saved from the Third Reich in 1936.

Since all of this started about 17 billion news cycles ago, let’s review: Following the death of George Floyd at the hands of Minneapolis police officers, protests against police brutality broke out across the country, including the Nation’s capital.

On the night of June 1, Army National Guard helicopters flew very low over demonstrations in Washington, D.C., with one medical evacuation helicopter hovering an estimated 45 feet above a demonstration. Videos and reports from the protest showed the force from the helicopter’s blades caused protesters to be pelted by branches torn from trees, trash, broken glass, and other debris.

While the head of the D.C. National Guard later told reporters his forces did not have orders to disperse the crowd, it sure looked as if the UH-72 Lakota helicopter caught on video hovering over protesters was trying to scatter the demonstrators with its rotor wash. Military pilots can fly such “show of force” missions in Iraq, Afghanistan, and other war zones.

On June 2, Defense Secretary Mark Esper directed Army Secretary Ryan McCarthy to have the D.C. National Guard investigate the matter. Since then, McCarthy, Esper, and Army Gen. Mark Milley, chairman of the Joint Chiefs of Staff, have all promised that the investigation’s finding would be made available to the public in the near future.

“I would expect it pretty shortly, like within days, perhaps early next week,” Milley told the House Armed Services Committee on July 9.

Instead, what the public got was a nice, big, steaming cup of nothing.

As of Friday, the administrative review process for the investigation into the matter was still ongoing, said Army Lt. Col. Audricia Harris, a spokeswoman for McCarthy.

Harris did not indicate when the review would be completed.

Over the past month, Task & Purpose has attempted several times since then to find out exactly who has the investigation now, but no one would provide a comment for a story.

Considering the presidential election is rapidly approaching, the military may be holding on to the investigation to try to avoid getting pulled into the partisan mud wrestling match – especially considering the ongoing speculation that President Donald Trump may use active-duty troops to put down any protests that result from the November elections.

It certainly doesn’t help matters when some people have called on the military to overthrow the president should he lose in the Electoral College but refuse to concede defeat.

However, there are several legitimate reasons why investigations like this one can be delayed, said retired Army Lt. Col. Geoffrey Corn, a former prosecutor for the 101st Airborne Division.

“In short, considering the nature of this incident it may be that they are still crossing T’s and dotting I’s,” Corn told Task & Purpose.

Such investigations can be “kicked back” for more work following an initial legal review, said Corn, now a professor at South Texas College of Law Houston. It is also possible that a key military leader has asked that the investigation look into more questions.

Still, it is fair to ask why several deadlines set by defense officials have come and gone without the investigation being publicly released, he said.

“In my opinion there has been plenty of time to complete this,” Corn said. “Yes, each investigation is unique, but the original deadline seemed about right.”

Military law expert Eugene Fidell said he has reservations about why it is taking so long for defense officials to release their findings on this matter.

The investigation is “obviously a hot potato” that could have political implications, said Fidell, who teaches at New York University School of Law.

“It would have surprised me – on a business as usual basis – for an investigation to be wrapped up and made public so quickly,” Fidell told Task & Purpose. “On the other hand: How complicated could this one really be? So, I can’t resist the feeling that there’s something funny going on.”