The Army said they "stand by all testimony and facts provided to date." 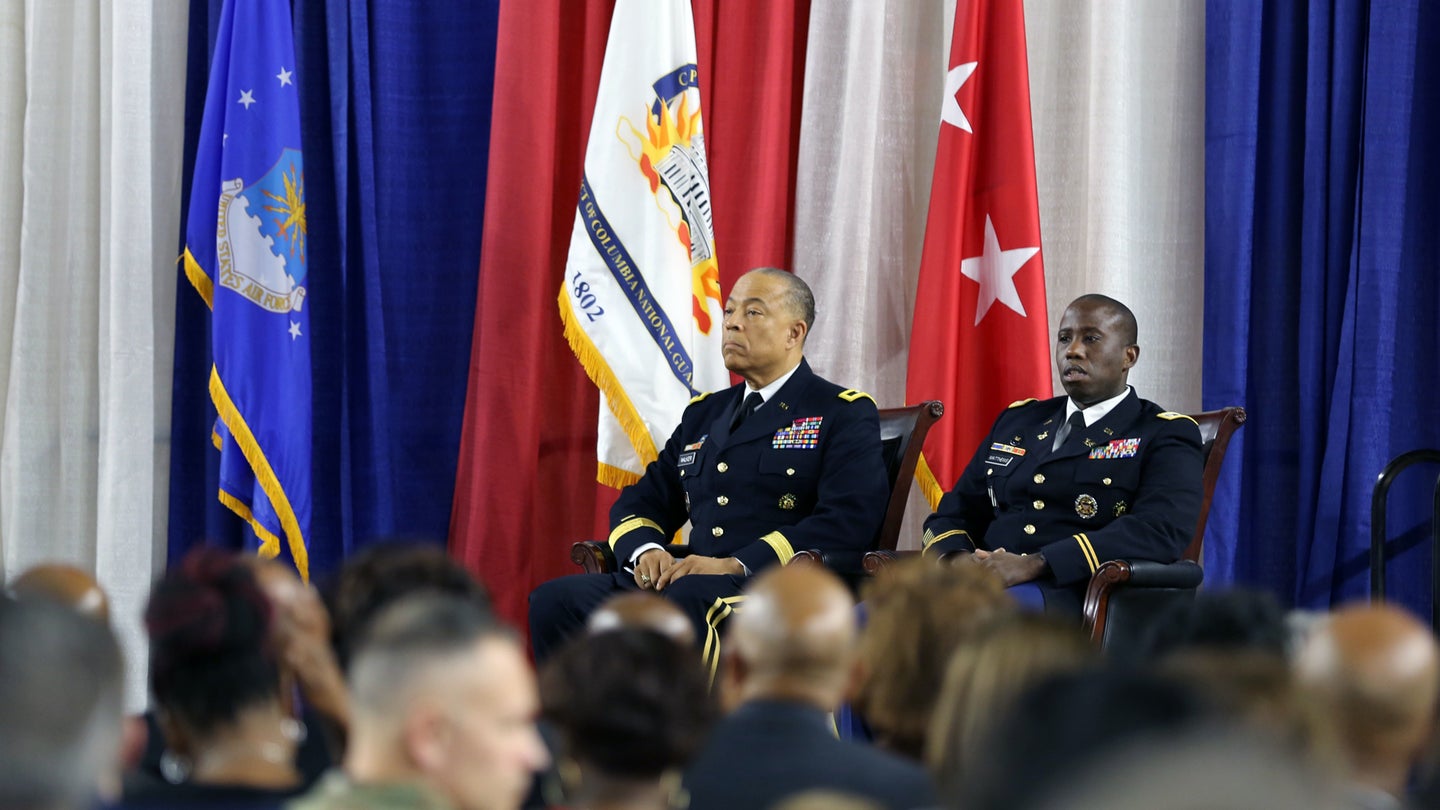 The former lawyer for the commander of the D.C. National Guard has accused Army leaders of lying to Congress and the Pentagon’s inspector general about how they responded to the Jan. 6 Capitol attack.

Col. Earl Matthews, the staff judge advocate for retired Maj. Gen. William Walker, who oversaw the Guard on Jan. 6, wrote in a Dec. 1 memo that he identified “myriad inaccuracies, false or misleading statements, or examples of faulty analysis” in a report from the DoD Inspector General. Matthews specifically targets statements made by Lt. Gens. Walter Piatt and Charles Flynn, the former director of Army staff and deputy chief of staff for operations, respectively.

The memo was first reported by Politico.

Army officials disputed Matthews’ memo in a statement on Monday, saying that the Army’s actions on Jan. 6 were “well documented and reported on.”

“Gen. Flynn and Lt. Gen. Piatt have been open, honest and thorough in their sworn testimony with Congress and DOD investigators,” said Army spokesman Michael Brady. “We stand by all testimony and facts provided to date, and vigorously reject any allegations to the contrary.”

In a statement on Monday, Megan Reed, a spokeswoman for the DoD Inspector General, said the DoDIG “welcomes inquiries and discussion regarding our oversight work,” but that they “stand behind the conclusions in our review of the Department of Defense’s role, responsibilities, and actions to prepare for and respond to the protest and its aftermath at the U.S. Capitol campus.”

According to Matthews, the Army formed an alternate version of events in the wake of the attack to give senior leaders cover. Piatt, he says, “was so upset with MG Walker that he directed the development of an Army ‘White Paper’ to retell events of 6 January in a light more favorable” to Army leaders.

Piatt and Brig. Gen. Christopher LaNeve, the director of operations and mobilization under Gen. Flynn, “literally changed facts and recollections overnight,” Matthews alleges in his memo. “The end product, a revisionist tract worthy of the best Stalinist or North Korean propagandist, was close hold.”

Matthews, who is now in the Army Reserve, also alleges several times in his memo that Army leaders, including Piatt and Flynn, “repeatedly and deliberately” lied about what happened that day to lawmakers. Matthews points out multiple statements from Piatt and Flynn during their congressional testimonies that he says are untrue, including that the D.C. National Guard was “not positioned to respond with immediate” support in the wake of the attack. He also criticized the claim that McCarthy directed Walker to prepare to move the quick reaction force to the Capitol, but remain at the D.C. armory until he got approval from Acting Secretary of Defense Chris Miller.

The Inspector General report released last month included an assertion by an unidentified witness who claimed McCarthy had to call Walker twice to “reissue the deployment order” for the D.C. National Guard, “30 minutes after he originally conveyed it,” which directly contradicts Walker’s testimony to Congress earlier this year.

Matthews also pushed back on that claim, saying it was “as insulting as it is false.”

“MG Walker believes that if the foregoing narrative was true, and he really did fail to move after being directed to do so at 4:35PM by the Secretary of the Army, then he should have been fired immediately,” Matthews wrote.

The Pentagon’s response on Jan. 6 came under scrutiny almost immediately after supporters of former President Donald Trump stormed the U.S. Capitol building. Pentagon and Army officials maintained in the days following the attack that the Pentagon had been slow to react because of faulty intelligence from law enforcement that failed to warn officials of the severity of the situation ahead of time. As rioters overran the Capitol, military officials said they were scrambling to assist law enforcement in getting control of the mob.

“Over the course of an hour or so, it was clear there was tremendous confusion coming out of the Capitol,” Army Secretary Ryan McCarthy said in January. “And that’s where leaders all descended and put a hasty plan together, and moved very quickly to clear the Capitol and get the Congress back in there by 8 p.m. so we could certify the election.”

The IG said the Defense Department’s actions “were appropriate, supported by requirements, consistent with the DoD’s roles and responsibilities for [DSCA], and compliant with laws, regulations, and other applicable guidance.” It said that Pentagon officials “did not delay or obstruct” the department’s response to law enforcement’s request for assistance on Jan. 6.