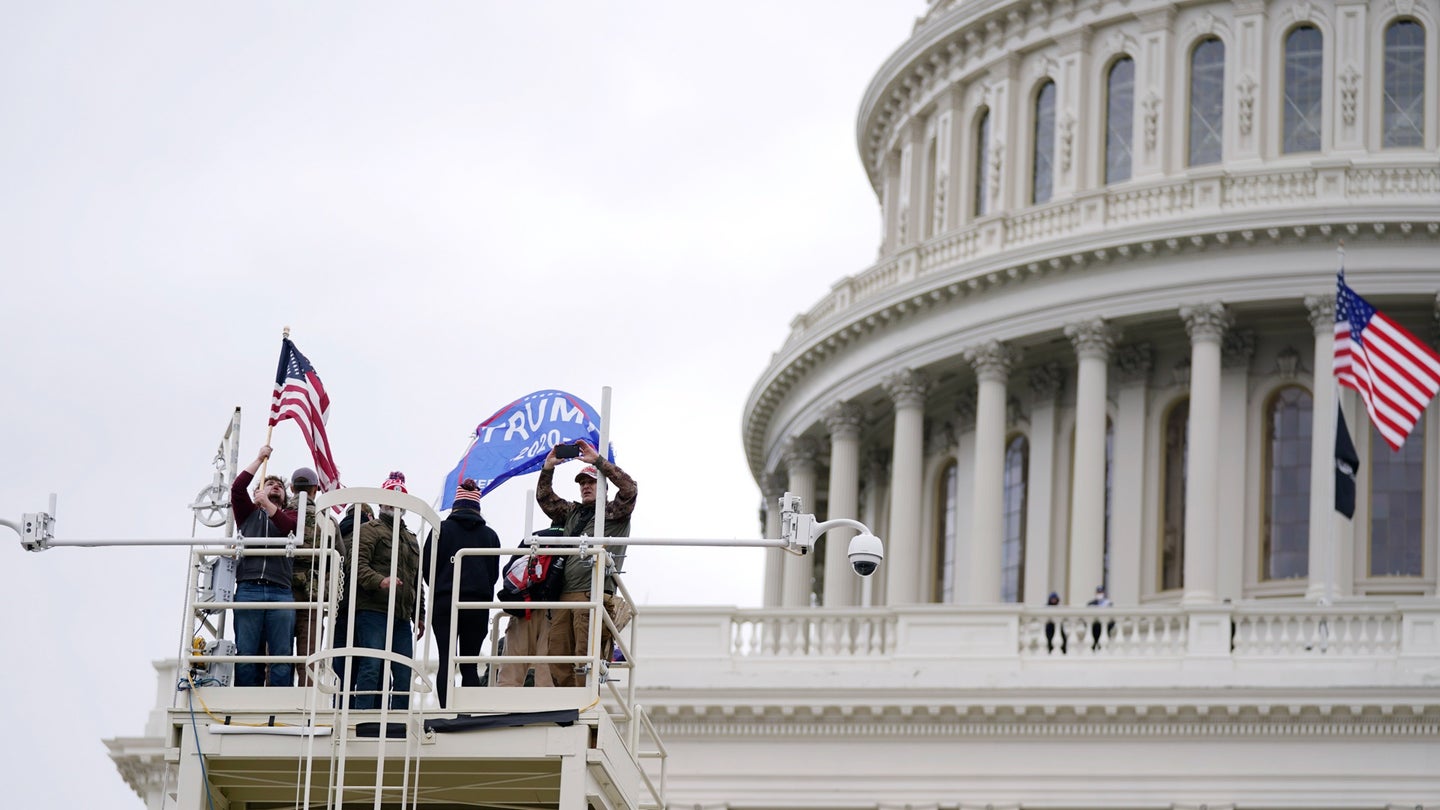 Capitol Hill is on lockdown after thousands of protesters stormed congressional buildings in support of President Donald Trump’s efforts to overturn the 2020 presidential election.

“The D.C. Guard has been mobilized to provide support to federal law enforcement in the District,” Pentagon spokesman Jonathan Hoffman said on Wednesday. “Acting Secretary Miller has been in contact with Congressional leadership, and Secretary McCarthy has been working with the D.C. government. The law enforcement response will be led by the Department of Justice.”

Vice President Mike Pence was quickly ushered off the Senate floor after the protesters breached security and forced their way inside the Capitol Building.

U.S. Capitol Police have ordered lawmakers, staffers, and other people inside the congressional buildings to shelter in place, lock their doors, seek cover, and stay quiet. In one incident, Trump protesters reportedly set off a fire extinguisher outside the Senate chamber.

A woman who was shot in the U.S. Capitol building on Wednesday later died, NBC News Correspondent Tom Winter tweeted, citing several unnamed law enforcement officials. (By the time the rioters were cleared out, four people, including the shooting victim, were left dead, CNN reported.)

“This is insane. I haven’t seen anything like this since I deployed to Iraq in 2008,” Rep. Mike Gallagher, (R-Wis.), told CNN on Wednesday. “The president needs to call it off. Call it off. The election is over.”

“My blood is literally boiling,” Thomas tweeted, “We allowed this to happen in a slow boil. Meanwhile Nero fiddles…on Twitter. So sad for our country right now.”

D.C. Mayor Muriel Bowser has ordered a city-wide curfew which will run from 6 p.m. until 6 a.m. the following morning.

More than 300 D.C. National Guardsmen had already been mobilized to help with crowd and traffic control in the nation’s capital on Wednesday. They are unarmed.

The unrest came after Trump addressed a rally of supporters as Congress prepared to certify President-elect Joe Biden’s win in the November election.

After protesters stormed Capitol Hill, Trump tweeted: “Please support our Capitol Police and Law Enforcement. They are truly on the side of our Country. Stay peaceful!”