On Jan. 30, a member of SEAL Team 6 was killed and six others were injured in Yemen during the... 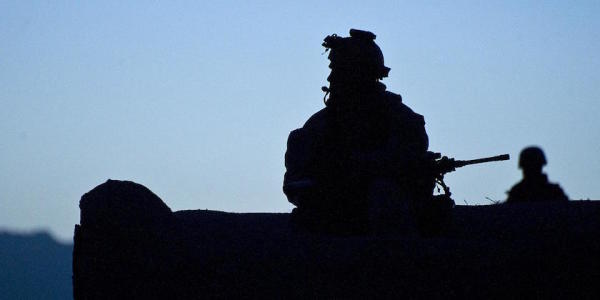 On Jan. 30, a member of SEAL Team 6 was killed and six others were injured in Yemen during the first counterterrorism raid authorized by new President Donald Trump. The fallen commando is also the first American service member killed in action while conducting operations against the al Qaeda affiliate in Yemen, which is embroiled in a bloody civil war between rebel groups and government forces.

“In a successful raid against al Qaeda in the Arabian Peninsula (AQAP) headquarters, brave US forces were instrumental in killing an estimated 14 AQAP members and capturing important intelligence that will assist the US in preventing terrorism against citizens and people around the world,” Trump said in a statement to CNN.

The operation was the culmination of a months-long planning phase that began under Obama and was handed over to the Trump administration. Trump campaigned on a promise to intensify the fight against global terrorism, and the daring raid seems to signify a commitment to doing so. Trump approved the raid last week, days after swearing in, and on the evening of Jan. 29, the SEALs were ferried into a mountainous region of Bayda Province in northern Yemen.

The surprise attack was carried out with the specific aim of gathering intelligence, CNN reports. The target was the home of an al Qaeda leader, where computer materials containing clues about future terrorist plots were believed to be held. Reaper drones and helicopter gunships provided cover for the commandos. As the operation got underway, one of the aircraft, a V-22 Osprey, made a hard landing that disabled the aircraft and injured two U.S. troops.

According to The New York Times, the battle lasted for nearly an hour. The commandos were also assisted by warplanes, which bombed several houses in the village, causing some residents to flee. The U.S. military reports that about 14 Qaeda fighters were killed in the firefight, and that the brother-in-law of Anwar Al-Awlaki, the American-born cleric who died in a drone strike in 2011, was among the dead. Yemeni officials told the Times that women and children were killed as well.

Unable to evacuate the wounded, the disabled Osprey was destroyed in place by US airstrikes, and the American casualties were lifted off the battlefield by another aircraft. The names of the casualties have not yet been released, but in his statement to CNN, Trump acknowledged their sacrifice.

“Americans are saddened this morning with news that life of a heroic service members has been taken in our fight against the evil of radical Islamic terrorism,” he said. “My deepest thoughts and humblest prayers are with the family of the fallen service member. I also pray for a quick and complete recovery for the brave service members who sustained injuries.”