U.S. military drone strikes on an Islamic State training camp in Libya that killed 17 militants on Sept. 22 were... 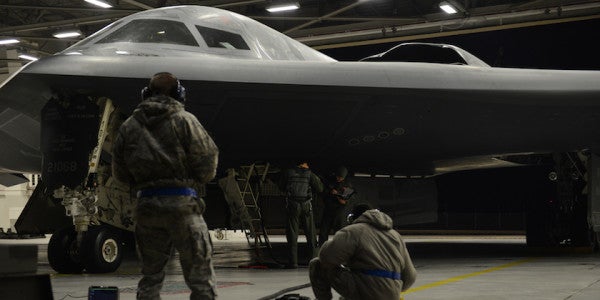 U.S. military drone strikes on an Islamic State training camp in Libya that killed 17 militants on Sept. 22 were the first carried out in the North African country since President Donald Trump took office in January, The New York Times reports.

The Pentagon’s Africa Command, or AFRICOM, said on Sunday that “six precision airstrikes” had targeted the desert camp, which is located 150 miles southeast of Sirte and was reportedly used to stockpile weapons and equipment, plot and conduct attacks, and move ISIS fighters in and out of the country.

The strikes, which also destroyed three ISIS vehicles, were recommended by Defense Secretary Jim Mattis and authorized by Trump, according to The New York Times. AFRICOM said in a statement that the strikes were executed in coordination with Libya’s Government of National Accord, helmed by Prime Minister Fayez Serraj.

“While Libya has made considerable progress against ISIS, most notable by dislodging ISIS fighters from Sirte last year, the terrorists have tried to take advantage of political instability there to create safe havens in part of the country,” AFRICOM said. “Left unaddressed, this would allow for this violent terrorist organization to inspire attacks against America, our allies and American interests around the world.”

The U.S. military conducted 495 airstrikes on ISIS targets in Sirte between August and December 2016. The last major strike carried out before President Barack Obama left office occurred on Jan. 18, when two Air Force B-2 bombers killed more than 80 suspected militants, some of whom were plotting terrorist attacks in Europe, according to the U.S. military.

Those strikes succeeded in helping drive ISIS out of Sirte, which the group had controlled since 2015. However, several hundred ISIS fighters are believed to still be operating in Libya, where vast swaths of territory remain beyond the control of Serraj’s government.

Libya has been embroiled in bloody conflict between rival armed factions as United Nations-backed efforts to establish a unified government in the wake of the 2011 Libyan Civil War have stuttered. Al-Qaeda has also established a presence in the country.

The U.N. recently launched an effort to broker a peace deal between Serraj’s government and the Libyan National Army, led by Gen. Khalifa Haftar, which controls much of the country’s east, including the area where the most recent drone strikes against ISIS took place.

“They don’t want ISIS there, they agree on that,” Gen. Thomas Waldhauser, head of AFRICOM, said of the competing factions earlier this month, according to CNN. “We are focused on continuing to support the Government of National Accord. We also are working to prevent all out civil war in that country.”