In the months since President Donald Trump authorized the ill-fated raid on an Al-Qaeda compound in Yemen that left one... 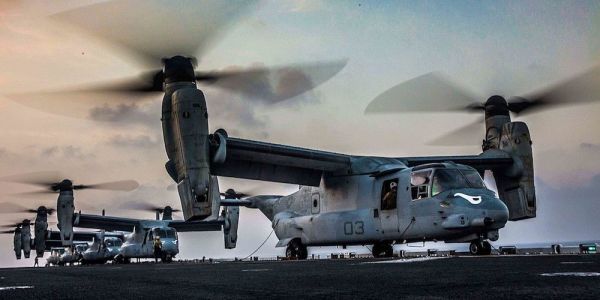 In the months since President Donald Trump authorized the ill-fated raid on an Al-Qaeda compound in Yemen that left one Navy SEAL dead, the Department of Defense has steadily ramped up its military involvement in the country’s ongoing civil war with airstrikes, conventional troops, and special operations forces. But as the commander-in-chief asks Congress to consider a new national security strategy, the Pentagon is facing a new familiar foe in the war-torn country: ISIS.

On Dec. 20, U.S. Central Command detailed the progress of the U.S. military campaign against Al-Qaeda in the Arabian Peninsula: In 2017, 120 airstrikes against both AQAP and ISIS-Yemen killed several major jihadi leaders and “facilitator.” Those opened with the first publicly acknowledged U.S. airstrikes against ISIS in the region on Oct. 16, which targeted two training camps in the al-Bayda province, killing more than 50 combatants and disrupting “the organization's attempts to recruit and train new fighters,” according to CENTCOM.

But the tactical successes detailed by CENTCOM come amid a sobering intelligence assessment: ISIS-Y “has doubled in size over the past year” despite U.S. efforts to disrupt the group’s training and recruiting hubs in Yemen’s “ungoverned spaces.” With ISIS’s former caliphate now a desperate diaspora following the fall of its strongholds in Iraq and Syria, Yemen may join the ranks of Africa’s Sahel as a bloody but little-known front in the Global War on Terror.

The Pentagon has been directly entangled in Yemeni counterterrorism operations since September 2002, when President George W. Bush first authorized foreign military training and equipping — including deployments to Djibouti, across the straits in Africa, to enhance partner capabilities and “for activities against Al Qaeda and other terrorists in the Horn of Africa.”

In 2012, U.S. military involvement escalated to “direct military action” against AQAP in cooperation with the Yemeni government; that put the U.S. on the side of a Saudi-led intervention against the country’s Houthi rebels after the outbreak of civil war in 2015, culminating with the DoD's first direct engagement in the conflict with a cruise missile strike against radar stations on the country's southern coast. Since then, the U.S. has provided material support and flying refueling sorties for allied aircraft.

“This strategy of taking out terrorists who threaten us, while supporting partners on the front lines, is one that we have successfully pursued in Yemen,” President Barack Obama told reporters in a statement detailing the nascent counterterror fight against ISIS back in September 2014. “It is consistent with the approach I outlined earlier this year: to use force against anyone who threatens America’s core interests, but to mobilize partners wherever possible to address broader challenges to international order.”

Current U.S. military areas of operations authorized under the 2001 Authorization for the Use of Military Force passed after the September 11th terror attacksMap via Defense Intelligence Agency

But the recent months have marked a dramatic escalation in direct military involvement in Yemen. In March 2017, CENTCOM averaged an airstrike a day against AQAP targets with 74 total, a bombardment rate that the DoD spokesman told the Washington Post in August “remain little changed” over the spring and summer. In May, Navy SEALs conducted the DoD’s first acknowledged SOF operation in the country since the tragic January raid. And in August, yet another “small number” of U.S. military personnel and warplanes backed up thousands of Yemeni government troops in a major offensive to eradicate AQAP militants from their crucial training ground in the port city of Al Mukalla.

Despite all this, the DoD’s footprint in Yemen remains ambiguous. The true number of U.S. military personnel in the country is unclear (the official Defense Manpower Data Center statistics show just 14 active-duty troops, a low number that likely reflects the use of SOCOM personnel in the country). President Trump informed Congress on Dec. 11 only that a “small number” of troops are deployed across the country to conduct counterterrorism operations alongside regional partners.

Unlike the January counterterrorism raid, the first covert operation explicitly authorized by Trump after he took office, the commander-in-chief doesn’t appear to be too hands-on with the new, supercharged U.S. campaign in Yemen. In October, a Pentagon spokesman told Task & Purpose only that the president “has authorized U.S. Central Command to conduct counterterrorism operations in Yemen,” and it was CENTCOM commander Gen. Joseph Votel rather than Trump who authorized the May SEAL raid. The new White House national security strategy doesn’t even mention Yemen once, beyond a passing acknowledgment that ISIS and Al-Qaeda “maintain global reach with established branches in strategic locations … will persist, even as we intensify efforts to prevent attacks on Americans, our allies, and our partners.

Related: T&P;'s Coverage Of US Military Involvement In Yemen »

The fight against ISIS in Yemen will be messy. Despite the “annihilation campaign” laid out by Secretary of Defense James Mattis as a blueprint to destroying the terror network, thousands of ISIS fighters have managed to flee the fallen strongholds of Raqqa and Mosul — often through secret deals with regional partners like the U.S.-backed Kurdish and Arab forces, who let 4,000 armed militants escape in broad daylight. As the Yemeni civil war drags on, worsening economic conditions and a devastating famine have created fertile ground for jihadist groups like ISIS to grow its ranks as the older Al Qaeda network loses ground to the U.S. and its allies. It doesn’t help that reportedly disorganized nature of U.S.-assisted bombing sorties in Yemen will likely heighten the rising civilian death toll — a trend that could help drive new, vengeful militants into the arms of ISIS.

With ISIS in search of new beachheads in its terror campaign against the West, Yemen may join Sahel countries like Niger and Mali, and urban strongholds like the Philippine city of Marawi, as new bastions of Islamic extremism around the world. And with CENTCOM acknowledging a rise in ISIS fighters across Yemen’s desolate battlefields, the Pentagon appears poised to execute the counterterrorism strategy described by Trump in his national security strategy: “We crushed Islamic State of Iraq and Syria (ISIS) terrorists on the battlefields of Syria and Iraq,” Trump wrote, “and will continue pursuing them until they are destroyed.”