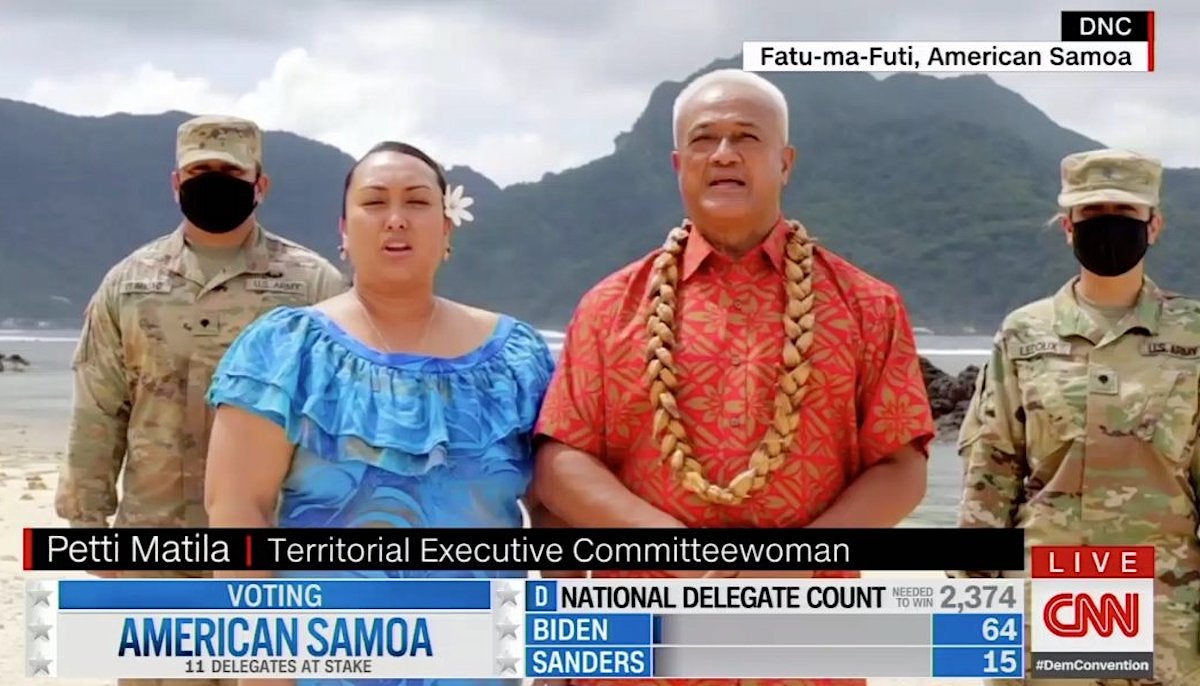 The Army plans on disciplining the supervisor of two Army Reserve soldiers who appeared in uniform during a Democratic National Convention video in August, Military Times reports.

The unidentified soldiers, both from 9th Mission Support Command, appeared in camouflage uniform as American Samoa’s delegation voted for former Vice President Joe Biden to be the party’s nominee to run against President Donald Trump in November.

Officials told Military Times that the soldiers themselves would not be disciplined over the apparent violation of Defense Department regulations regarding participating in political activity while in uniform. Their supervisor, on the other hand, was not as lucky.

Army Reserve leaders “continue to provide all soldiers and civilian employees training and the latest information on DoD Directives and Army Policies pertaining to political activities,” he added.

Examples of prohibited political activities include “campaigning for a candidate, soliciting contributions, marching in a partisan parade and wearing the uniform to a partisan event,” he added.

Defense Secretary Mark Esper had previously issued a memo on Feb. 5 reminding service members to remain apolitical during this election cycle, which means adhering to Pentagon regulations regarding appearing at political events and rallies while in uniform.

Democratic spokeswoman Xochitl Hinojosa called the inclusion of the uniformed soldiers in the video roll call “an oversight.”

“Each state was asked to highlight issues and values that matter most and the American Samoa delegation wanted to highlight their commitment to military service when they filmed their segment,” Hinojosa previously told Task & Purpose.

The 2020 presidential election is scheduled for Nov. 3.