None of the National Guardsmen will be armed. 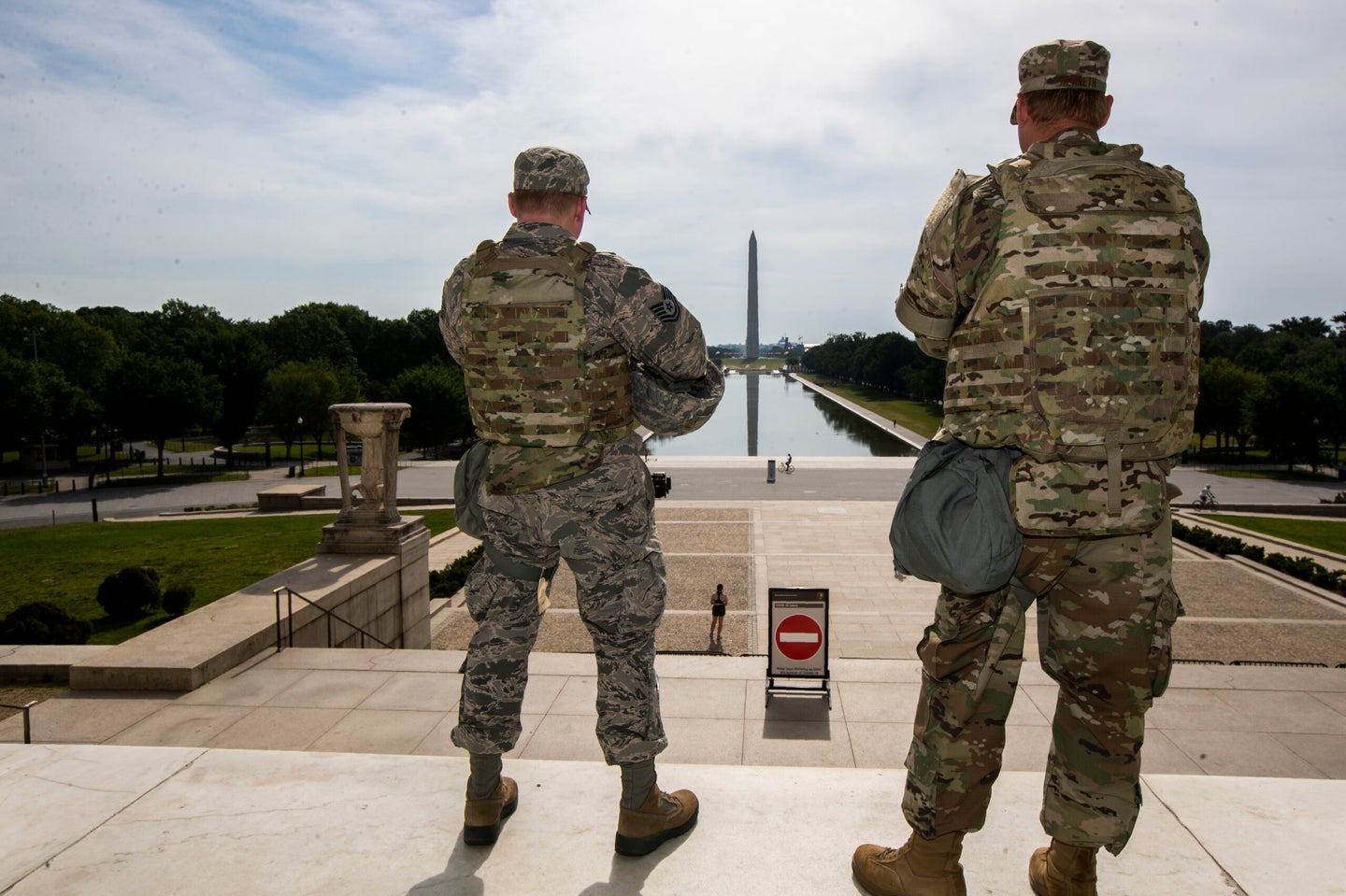 More than 300 members of the District of Columbia’s National Guard will be activated in anticipation of protests on Wednesday when Congress is expected to begin certifying President-elect Joe Biden’s victory in the Electoral College.

Outgoing President Donald Trump, who has so far refused to concede defeat, has vowed to attend a rally of his supporters in the nation’s capital as part of his ongoing efforts to overturn the results of November’s presidential election. “Be there, will be wild!” Trump tweeted last month.

The Proud Boys, a right-wing group, has announced that they also plan to attend pro-Trump rallies on Wednesday “in record numbers,” the group’s chairman Enrique Tarrio recently announced on Parler. “We might dress in all BLACK for the occasion,” Tarrio wrote, referencing the black clothes worn by ANTIFA counter-protesters, who have had altercations with police.

In light of the situation, Washington, D.C., Mayor Muriel Bowser has requested National Guardsmen help the city from Tuesday through Thursday, Guard officials said. About 340 guardsmen will be activated to provide crowd control at the city’s bus and train stations and assist local police with traffic control.

“Capital guardsmen will also support D.C. Fire and Emergency Management Services with specially trained Civil Support Team personnel,” a D.C. Guard news release says. “Guardsmen are prepared to respond to augment the main missions, should additional personnel be required.” About 114 National Guardsmen will be deployed at any given time, according to Mayor Bowser’s office.

During this summer’s protests over the death of George Floyd at the hands of Minneapolis police officers, National Guardsmen were immediately dispatched to help protect the White House. Defense officials have stressed that the National Guard was not part of the effort by the United States Park Police to forcibly evict protesters from Lafayette Square on June 1 so that Trump could make a televised walk to St. John’s Episcopal Church.

However, the Army has not yet released the results of an investigation that looked into whether two National Guard medical evacuation helicopters broke any rules by hovering low over protesters on June 1. Katie Bo Williams of Defense One first revealed that the National Guard’s initial investigation determined the helicopters did not have the proper authorization to fly non-medical missions.