If you blink, you'll miss it. 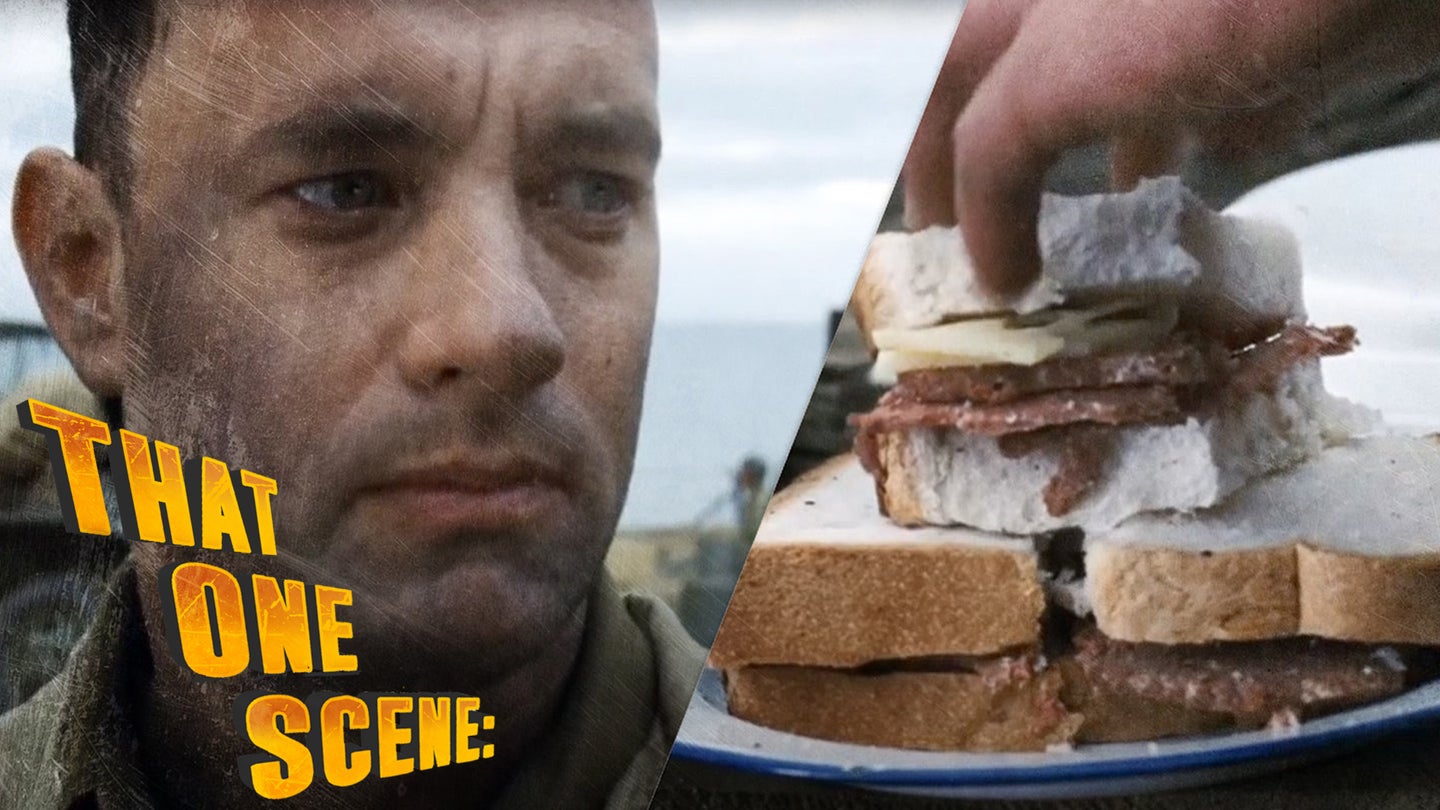 Welcome to That One Scene, a semi-regular series in which Task & Purpose writers wax nostalgic about that one scene from a beloved movie. While we’ve briefly written about this scene in the past, we wanted to take a moment to flesh it out just a little more since it is 1) brilliant 2) easily overlooked.

Steven Spielberg’s World War II drama is a much-lauded classic, and for good reason. It’s as beloved for its stunning cinematography, as for its screenwriting and the story’s lingering questions about the value sometimes placed on one life over many. That’s to say nothing of its technical accuracy and the emotional authenticity captured on screen as the characters banter, and bitch in a believable and relatable way.

The film is nothing if not ambitious and big from the very start, which kicks off during the D-Day landings at Omaha Beach, before following a small band of Rangers as they slog and fight their way across France. The battles are sweeping, not just in terms of literal scale — the beach landings alone involved 1,000 extras — but they’re emotionally massive and heavy. Moments of brutal violence and random death hammer the audience as soldiers are maimed and killed in droves. And as the film progresses, individual Rangers that the audience has come to know and love, are similarly wounded and they too die. It takes a toll, and in light of the sheer weight of all that carnage, it can be easy to miss the quiet moments that are no less significant, as brief as they are.

One in particular involves a brief glance at a roast beef sandwich.

That scene is one that several readers flagged for us a while back when we asked them to weigh in on those movies that get military service and war right. The moment takes place early on in the movie. After the D-Day landing at Omaha Beach, Capt. Miller (Tom Hanks) reports to his commanding officer, played by Dennis Farina.

At the command tent, the battle-weary Miller briefs his commander on a recent mission — they went to clear a sector of enemy troops and to destroy several smaller minefields, only to discover that they were walking through one massive minefield littered with every form of explosive death imaginable.

As Miller finishes the debrief, his eyes wander around the tent, and the camera pans with his gaze: There’s hot water for shaving and freshly brewed coffee poured into clean mugs by soldiers in neat uniforms. Miller by comparison looks exhausted and stands there in tattered fatigues. He has a five-o’clock shadow, bags under his eyes, and his face is streaked with dirt and grime.

Then, his thousand-yard stare lands on a stack of sandwiches: High-end corned beef and cheese on fresh sourdough bread, sitting neatly on a clean plate, not resting on a GI’s leg, or held in a grubby hand, but sitting there waiting to be eaten.

The look that crosses over his face is one of disdain and no small measure of envy. That passing glance is immediately recognizable to frontline soldiers of any war and era, who’ve returned to the headquarters area, among those derisively referred to as POGs (person other than grunt) and the “rear echelon mother fuckers,” far removed from the fighting, where the creature comforts aren’t in short supply, and the dangers are often far less.

Miller’s reaction is telling: He doesn’t disparage those soldiers just because they get to enjoy a nice meal and a hot cup of coffee in safety, while his men sit in the dirt eating canned rations and choke down bad coffee brewed in a dented canteen cup. They have a job to do, same as him.

Still, it is a brief and telling moment that lays out the disparities between those who support the infantry and other frontline troops, and the grunts themselves.

What are some other scenes from military movies and shows that are often overlooked? Hop in the comments and let us know, or email me directly at James@taskandpurpose.com and maybe we’ll break them down in a future installment of That One Scene.